Do Harvard Men Have Inferior Sperm? 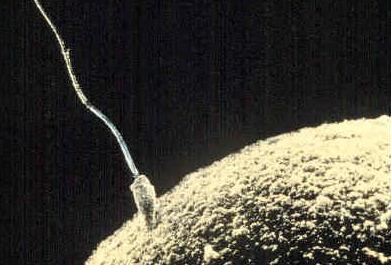 Most would say that the genetic make-up of the average Harvard male is ideal. The product of an oh-so-coveted vial of Harvard sperm would be a ballroom-dancing, computer-programming, SAT machine. This Ivy League offspring would be intelligent, ambitious, and though slightly lacking in looks, would have exceptional character. Now, due to the marvels of a scientific advancement called artificial insemination, every woman has a shot at creating this Crimson wonder.

Every woman in her right mind would want a Harvard baby, right?

Jeffrey Goldberg, national correspondent for The Atlantic, believes otherwise. When asked by an anonymous reader from New York which of her four guy friends she should choose to be her baby-daddy, Goldberg suggests mixing all four offspring-making juices and seeing which one wins the fertilization race.

He hypothesizes that despite other, more desirable traits, Harvard sperm would never outswim its competitors. Likening sperm prowess to each school’s success at football, Goldberg makes the logical leap and says that we would get crushed.

Goldberg's statements were humorous, but were they true? If athletic ability really said anything about sperm's fighting power, it's not difficult to see why Harvard males might fall short. But don't despair, boys. For any of this to matter, you first need a vessel to house your swimmers. You need a woman.

Luckily, in the art of seduction, you take the cake. Whether by concocting a chemical potion with the perfect set of pheromones, enchanting a woman with a passionate conversation about workers' rights, or by simply dropping the H-bomb, your sperm have a clear path to implantation. Success is inevitable. After all, you do go to Harvard.

Tags
Harvard in the WorldSexHarvard on the Web