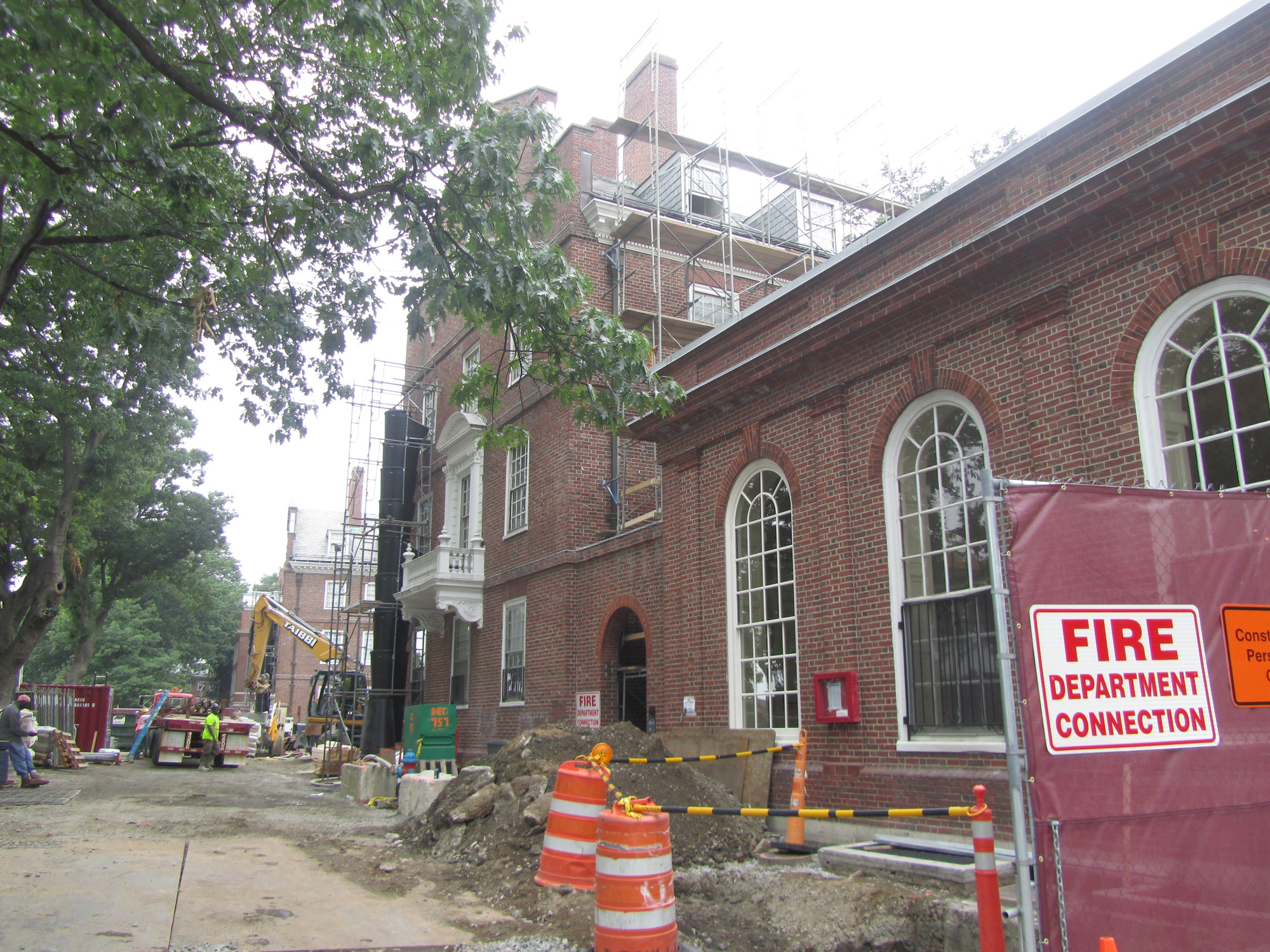 Old Leverett House stands amid construction on June 27. The renovation of McKinlock Hall has been underway since immediately after Commencement, according to Faculty of Arts and Sciences spokesperson Colin Manning.

With the renovation of Old Quincy reaching its final weeks, construction on Leverett’s McKinlock Hall is heating up.

According to Faculty of Arts and Sciences spokesperson Colin Manning, Old Quincy is scheduled to be completed before undergraduates return to campus in August. McKinlock construction, slated to be completed prior to the 2014-2015 school year, began immediately after Commencement and is now “progressing.”

We didn’t get anything more specific than that from Harvard, so we went to scope out the scene ourselves. Check out Flyby’s photos of the two construction sites to see what the buildings look like from the outside.

Construction on Old Quincy began last year as a “test project” for House renewal, the University’s $1 billion plan to eventually turn all 12 upperclassman Houses into temporary construction zones. Once the renovations are complete, both Old Quincy and Old Lev will feature the addition of horizontal hallways, cluster communities, and more common spaces—features that haven’t won over all Quincy residents.