Froyo Throwdown: A Case for Berryline 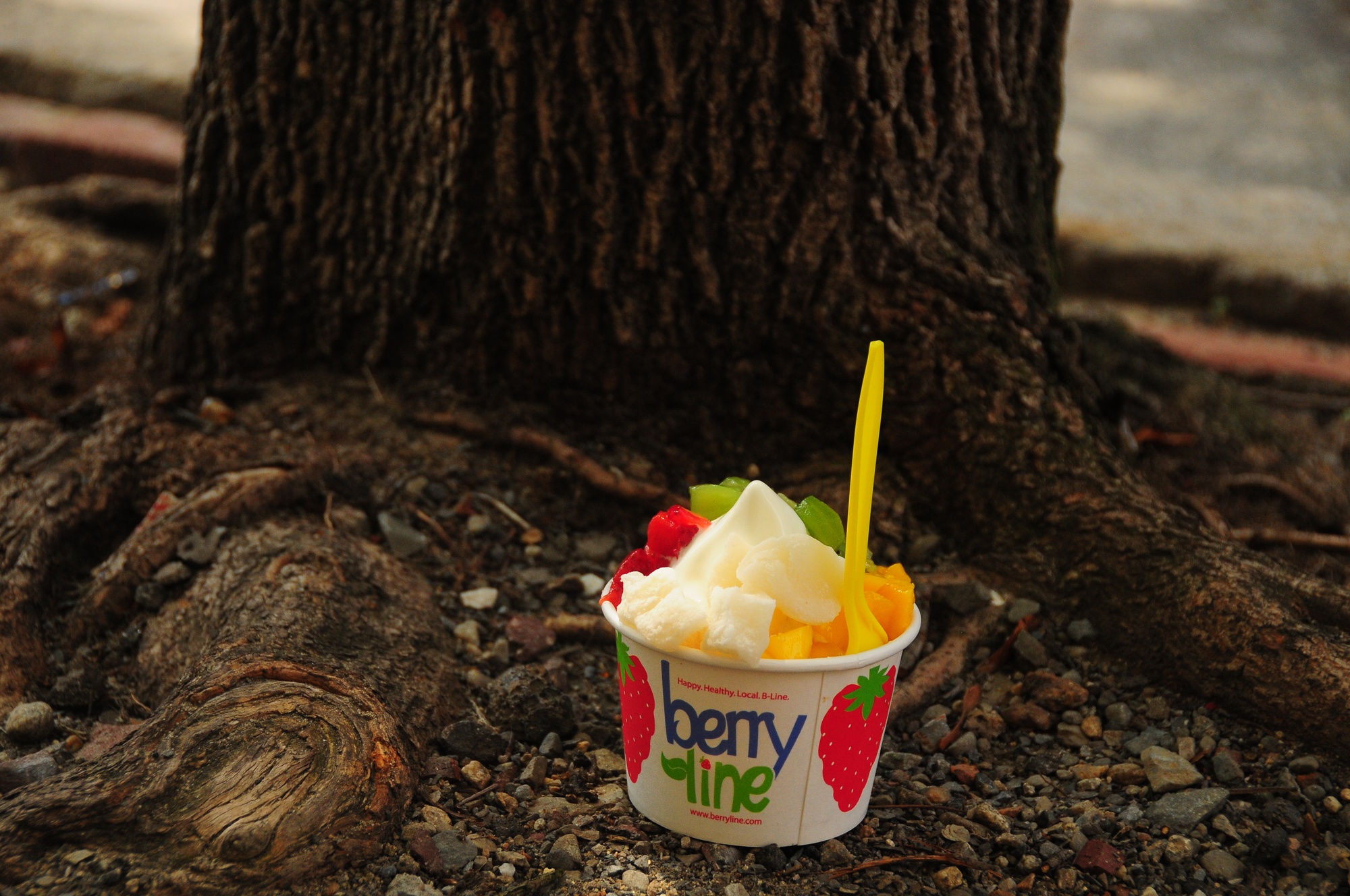 Berryline has been deeply rooted in Harvard Square for six long years.

In a series of reviews, members of The Crimson's summer staff are making a case for the best froyo in the Square. We've already reviewed Pinkberry, Ben and Jerry's, Yogurtland, Lizzy's, and J.P. Licks. Now up: Berryline.

I ask you to close your eyes for a moment. Relax your mind, and imagine Harvard Square’s frozen yogurt marketplace as it once was. Back in those better, simpler days, there was no Pinkberry. There was no Yogurtland. Ben and Jerry's had yet to launch its Greek frozen yogurt line. Sure, Lizzy's and J.P. Licks served frozen yogurt, but let's be real: no one really liked their froyo anyway.

Back then, the destination for anyone craving frozen yogurt was clear—Berryline. As long ago as 2007, locals have gathered together to enjoy delicious froyo in that little corner of homegrown paradise at 3 Arrow St.

Can't remember such a glorious vision of the Square? I'm not surprised. If you're reading this esteemed student life blog, you're probably too young to remember that wholesome, happy time. But let me tell you this: As recently as early 2011, when members of the Class of 2014 were wide-eyed freshmen, Berryline reigned supreme as the Square’s unquestioned froyo hotspot.

But since then, things have changed. Every year, fresh faces with short memories and capricious tastes flood the Square, distracted by new, flashy, corporate froyo options. And Berryline—poor, forgotten Berryline—finds itself further from the hearts of the fickle patrons it sought to serve.

Call me a crotchety old rising senior, but back in my day, Berryline meant something. My peers and I would have never dreamed of eating Pinkberry's mawkishly sweet froyo when we could savor Berryline's creamy delights, nor would we have considered serving ourselves at Yogurtland when we could enjoy Berryline’s unrivaled customer service.