Froyo Throwdown: A Case for CVS 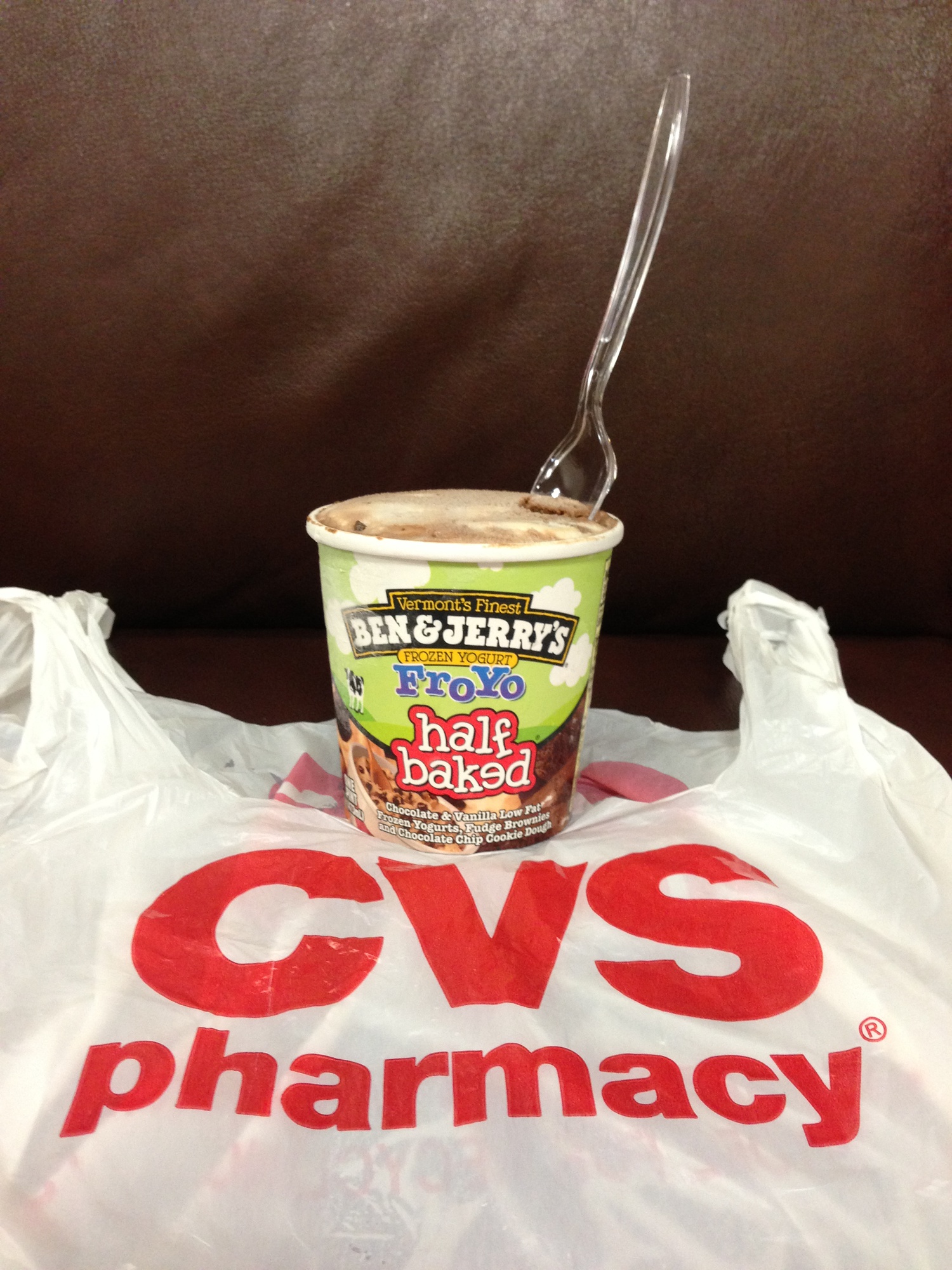 Looking for reasonably priced froyo at 3 a.m.? CVS offers Ben and Jerry's brand froyo for a mere $5.79 a pint.

In a series of reviews, members of The Crimson's summer staff are making a case for the best froyo in the Square. We've already reviewed Pinkberry, Ben and Jerry's, Yogurtland, Lizzy's, J.P. Licks, and Berryline. Last up: CVS.

You don't become the country’s second-largest pharmacy chain by dispersing subpar products. With 7,000+ locations across 41 states, Puerto Rico, and Washington D.C., the only explanation can be that CVS is selling great frozen yogurt at a great price.

So, maybe the CVS location on Mass. Ave. only sells Ben and Jerry’s brand froyo, and the one on JFK St. doesn't sell any at all. But last time we checked, you can get a whole pint of the delicious stuff at the Mass. Ave. CVS for $5.79. If that's not a great deal, I don't know what is.

And unlike inferior froyo shops, the pleasure of eating one of CVS’s two Ben and Jerry’s brand varieties can go on and on and on. Go to Ben and Jerry’s and grab a froyo. It'll last you five, maybe 10 minutes. But pick up a pint at CVS? It could sit in your freezer, building up that icy stuff around the container, for months. Eating it a spoonful at a time, you'll be able to relish the frozen treat over and over.

On top of that, CVS is open 24 hours a day, seven days a week. But don't let these hours fool you into thinking CVS is a last ditch resort when you have a sudden craving for a chilled, refreshing snack at 3 a.m. Rather, CVS is the obvious choice for frozen yogurt in the Square any time of day.

Now, Crimson editors have praised other frozen yogurt joints for a variety of reasons. Please allow me to debunk these false laudations.

Another folly Crimson editor tried to sell J.P. Licks as the local option. I’ll cede that Jamaica Plain is closer to the Square than Lowell, Mass., the location of CVS’s first store. But locality is also relative. J.P. Licks hasn't spread outside of the greater Boston area; so necessarily, it had to have been founded close by. CVS, on the other hand, is a local business that successfully spread across the country.

A third misguided colleague laughably suggested that Lizzy's leads the pack because its froyo tastes like old-fashioned ice cream. He certainly wouldn’t have made such a claim had he ever tried the ice-cream-esque goodness that is CVS's Ben and Jerry’s brand Half Baked froyo.

Three other Crimson editors made the ridiculous argument that Pinkberry, Ben & Jerry's, and Yogurtland, respectively, are the most patriotic froyo joints in the Square. If they think these lowly brands represent freedom and opportunity, all I can say is that they haven't used CVS's self-check-out machines.

Still don't believe me? Buy yourself a pint, and you too will understand that CVS's supremacy in the Square’s frozen yogurt market is undeniable.