In case you missed it (and you probably did because The Daily Pennsylvanian has only 4,800 likes on Facebook), Penn’s student paper uploaded this video to their Youtube channel in an attempt to #beatharvard on social media. If you’re too lazy to click or simply don’t feel like its worth 30 seconds of your life, here’s a straightforward breakdown of essentially the entire video:

The Daily Pennsylvanian posed the question “Why is Penn better than Harvard?” to several Penn students, and this is what they came up with:

“Because our mascot is better than a color.”
And I guess nothing initiates a real social media battle quite like a pacifist. Fight On Quakers!!!

“Because John Legend was in my A Cappella group.”
Notable Alumni? Challenge Accepted. Let’s see… John Adams, John Quincy Adams, John F. Kennedy, John Roberts… you know what, this is getting awkward. Let’s just stop at the Johns.

“Fling is better than Yard Fest.”
Yep, might have to concede this one.

“We go green at Penn.”
I’m not sure if these blanket statements were meant as challenges to Harvard or should have ended up in the Penn admissions video instead? Honestly. Idk.

“WE GO TO PENN!”
Yes. Yes you do. But how that’s an answer to “Why is Penn Better than Harvard?” I will never know.

The DP’s #beatharvard campaign video closes with the outright claim that Penn already “beats [Harvard] in the classroom” and “on the field,” and now they’re going to beat us “on Social Media…”

Are they? The Crimson is up by around 14k likes and 12k twitter followers. Sorry DP, but do you see that scoreboard? Well, look at your points. 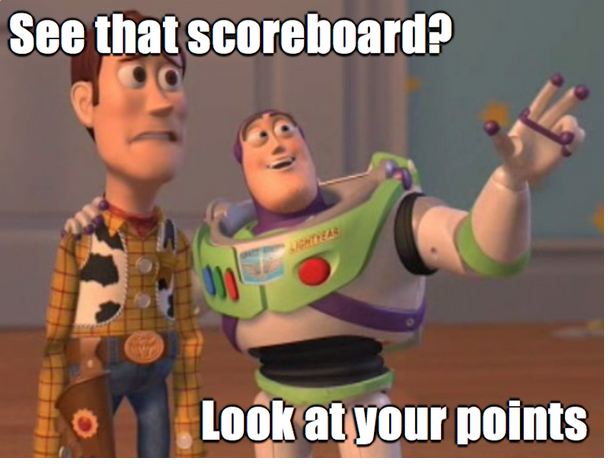