Yalies Are Terrified of Sam Clark 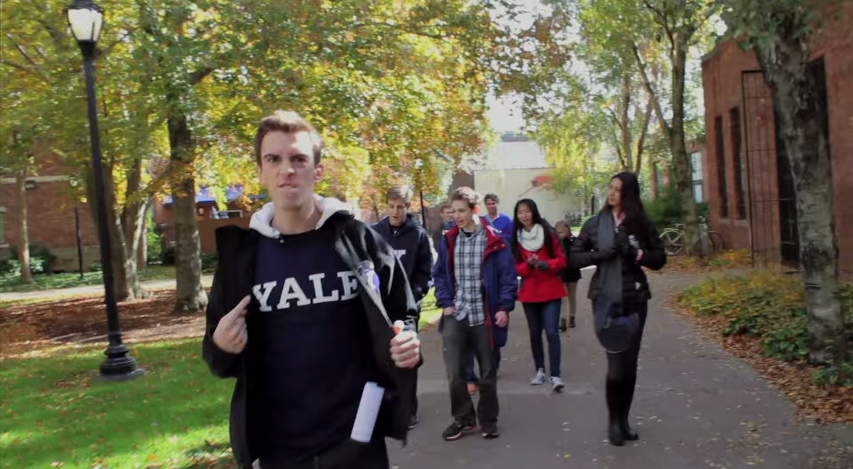 It’ll be hard to live up to that feat, but this year, OHT is already attracting attention, even before they’ve uploaded their annual video. According to a preview they’ve posted to their YouTube channel, they traveled to New Haven again—this time, to advocate divestment from sports, according to the Yale Daily News.

And apparently, vigilante Yalies were not so unsuspecting. The YDN claims that OHT’s cover was “blown”; their student body president reportedly approached the group “on behalf of the Yale student body.” We’re not sure when Yalies became so scared of poser Harvard students, but we like it.