'College GameDay' Does The Game 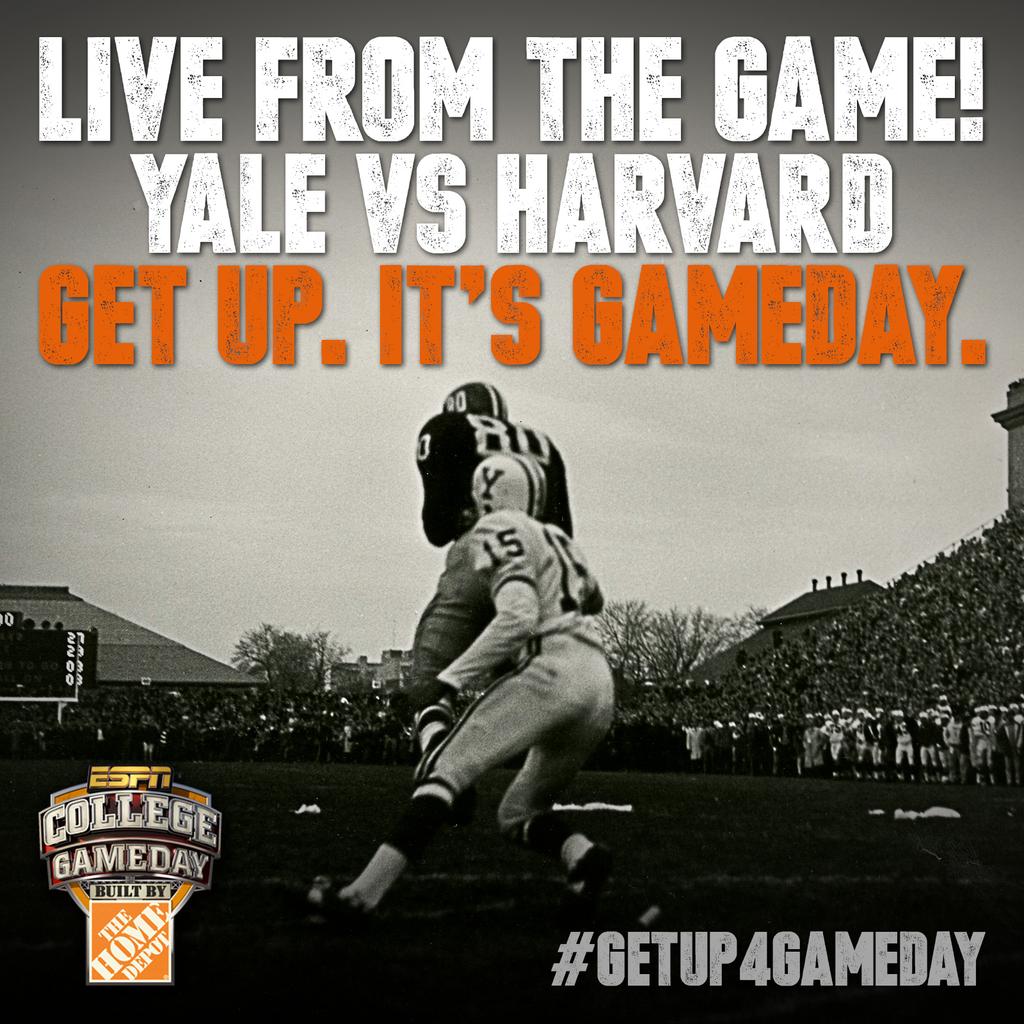 While much is at stake at any Harvard Yale game—from bragging rights (not that Harvard needs more) to Ivy League championships—this year’s meeting of the two rivals will feature an added twist. ESPN’s famous pre-game show “College GameDay” will broadcast from 9 a.m. to noon in the Dillon Quad.

For whatever reason, this will be only the second time “GameDay” has covered an Ivy-League game—the first was in 2002 when Harvard lost to Penn—and the first time Harvard will host the show.

Hosted by Lee Corso, Chris Fowler, and Kirk Herbstreit, “College GameDay,” or more completely “College GameDay Built by The Home Depot” (has a nice ring to it, doesn’t it?) is famous for the signs students poke into the broadcast’s background and Lee Corso’s tradition of donning the headgear of the school’s mascot he picks to win. One can only wonder how he’ll pull this off when he inevitably chooses the Crimson to win (will it be a John Harvard-y hat? A bucket of crimson paint?).

Besides the battle on the gridiron though, the contest for television time and the best sign will be crucial for victory on Saturday. Though there is no formula for a clever College GameDay sign, here are some ideas to get the creative juices flowing:

-"Yale: The Pepsi of the Ivies”

And remember, Saturday isn’t just about winning a football game. It’s about humiliating Yale in front of a national audience.