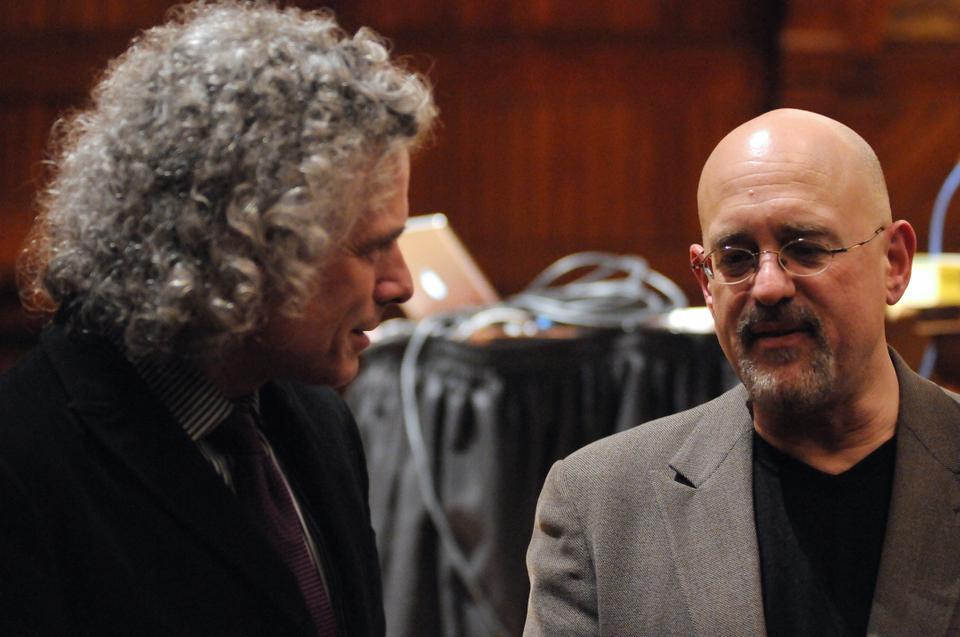 The New York Times uses these words and phrases to describe Harvard psychology professor Steven Pinker and the tests he gives his students. Fair enough. But if the Times wants to give its readers an accurate idea of Science of Living Systems 20, it’s missing a big chunk of the picture—exactly half, in fact.

Esoteric. Aimed at overachieving brownnosers who read the textbook twice before class and 20 times before the test. Impenetrable.

Any Harvard student who has taken SLS 20 should feel ashamed to score anything less than, say, a 7/10 on the Times’ Pinker-style psychology pop quiz. A Gilbert evaluation, on the other hand—if you’re anything like me—should leave you wallowing in your own inferiority and tears. Focused on minor details, crafty tricks, and mostly mind reading, these tests are designed for students to score an average of 50 percent, and for them to feel miserable doing it. Here’s a sample:

1. Jimmy tells Joan that red-haired men like hotdogs more than men of any other hair color. Joan agrees because they just watched a Carrot Top routine about how much the comedian loves hotdogs. This is an example of:

3. The boy on page 261 of the course textbook, chapters of which, incidentally, I wrote, is wearing a blue shirt. With whom is he more likely to share the same sexual orientation?