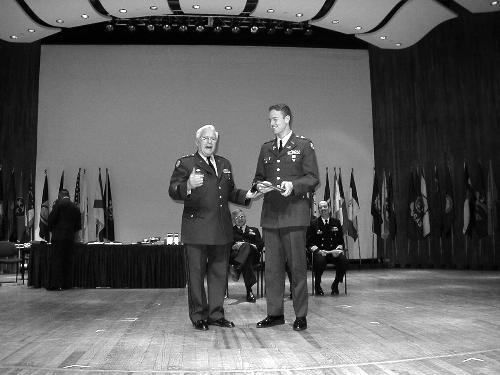 Most of us probably didn’t choose Harvard to train and prepare us for a military career in the mountains of Europe. However, history suggests that perhaps we have been too shortsighted when considering our future pursuits.

In need of smart, athletic, patriotic folks to serve in the Alps during World War II, the United States Army formed a regiment of primarily Harvard, Yale, and Dartmouth students: the 10th Mountain Division.

An unconventional unit, the 10th was brought together because the rough terrain of the region required individuals educated in outdoor sportsmanship. The National Ski Patrol System worked with the Army to recruit expert skiers, in addition to climbers, mountain men, lumberjacks, and cowboys, from around the country. As the demographic make-up of the regiment shows, such skilled skiers tended to come from upper class, highly educated backgrounds.

In fact, of all the American divisions, the 10th had the highest percentage of both high school and college graduates. “Ninety percent of the kids [in the regiment] were former college students from out east, Harvard, Yale, Dartmouth, the whole eastern group. We always said they were the only ones that could afford to ski in those days, right after the Depression. They came from wealthy families but it was a unique group,” veteran and infantryman of the 10th Mountain Division Donald J. Kindt said to the Wisconsin Veterans Museum Research Center in 1994.

Recruits endured a unique training period in Colorado, practicing skiing, climbing, hiking, and general mountaineering. While that description might read like a fun ski vacation in Aspen, the training was strenuous, resulting in frequent hospitalizations for exhaustion and frostbite.

The 10th were called late in the war, to fight German mountain troops in the Riva Ridge area of the Italian Appennines in 1945. Demobilized (temporarily) following World War II, the regiment was remembered for its camaraderie and determination and declared “the greatest unit to ever fight in Italy,” by General Mark Clark, the Allied commander in the country.

Here’s to the Harvard soldiers and outdoorsmen of the 10th Mountain Division!