The Best Mailing Lists at Harvard (no, not Harvard Leads) 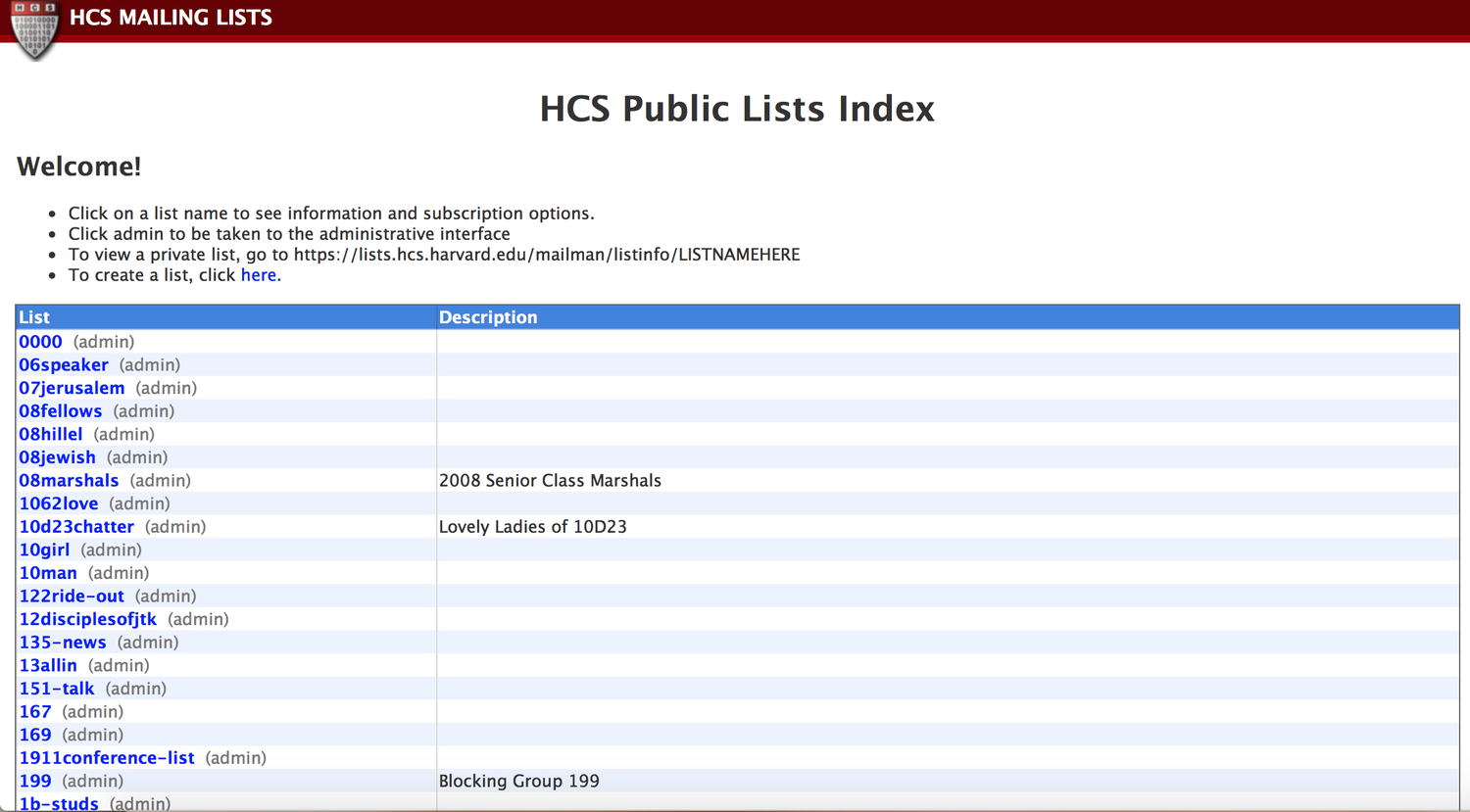 We could probably do without half the lists featured on this index... By Priya Gill

If you're a Harvard student, you know all too well the plight of being subscribed to too many mailing lists. Whether you sign up for them or not, you will receive at least a dozen emails per day that you'll usually just end up deleting or marking as read. We looked through the public lists of lists (yes, that's a thing) to find out if there were any mailing lists we would enjoy being a part of, and whose emails we would actually read. Here are some of the best ones we found:

This list’s description is “Prepubescent Iberians Anonymous.” Sign us up!

Do the four members of this list take showers together? That’s one way to bond…

The description says “Comparative Literature Concentrators,” but we know for certain that this is a list for the littest of Harvard students.

Most lists don’t have hyphens to indicate a separation of words. Is this a list for upperclasswomen or for upper class women?

Andy Wu is a name. Why is this a list that exists? There are 0 members, which makes us think there are 0 Andy Wus at Harvard. Disappointing.

This one’s just punny. Additionally, it’s purportedly for “archeology concentration communication,” and there’s one member. Does Harvard only have one archaeology concentrator? Does he communicate with himself via email?

This group claims to be “a place for Harvard College Dems in the balmy Southern corner of the Yard to talk politics—or anything else.” Harvard really isn’t that big a school, and we’re not sure if having a separate list just for the Democrats who live in the southern part of the yard is really necessary.

We imagine this looking like one long thread of students sending variations of the f-word with varying uses of caps lock and repetitions of letters.

For being some of the brightest kids in the world, we Harvard students really are immature.

Let us know if you're a part of any of these lists! We'd love to know what goes on inside of your heads...erm, inboxes. Email us at flyby@thecrimson.com