Before They Were Famous: A Look at Notable Alums’ Yearbook Entries 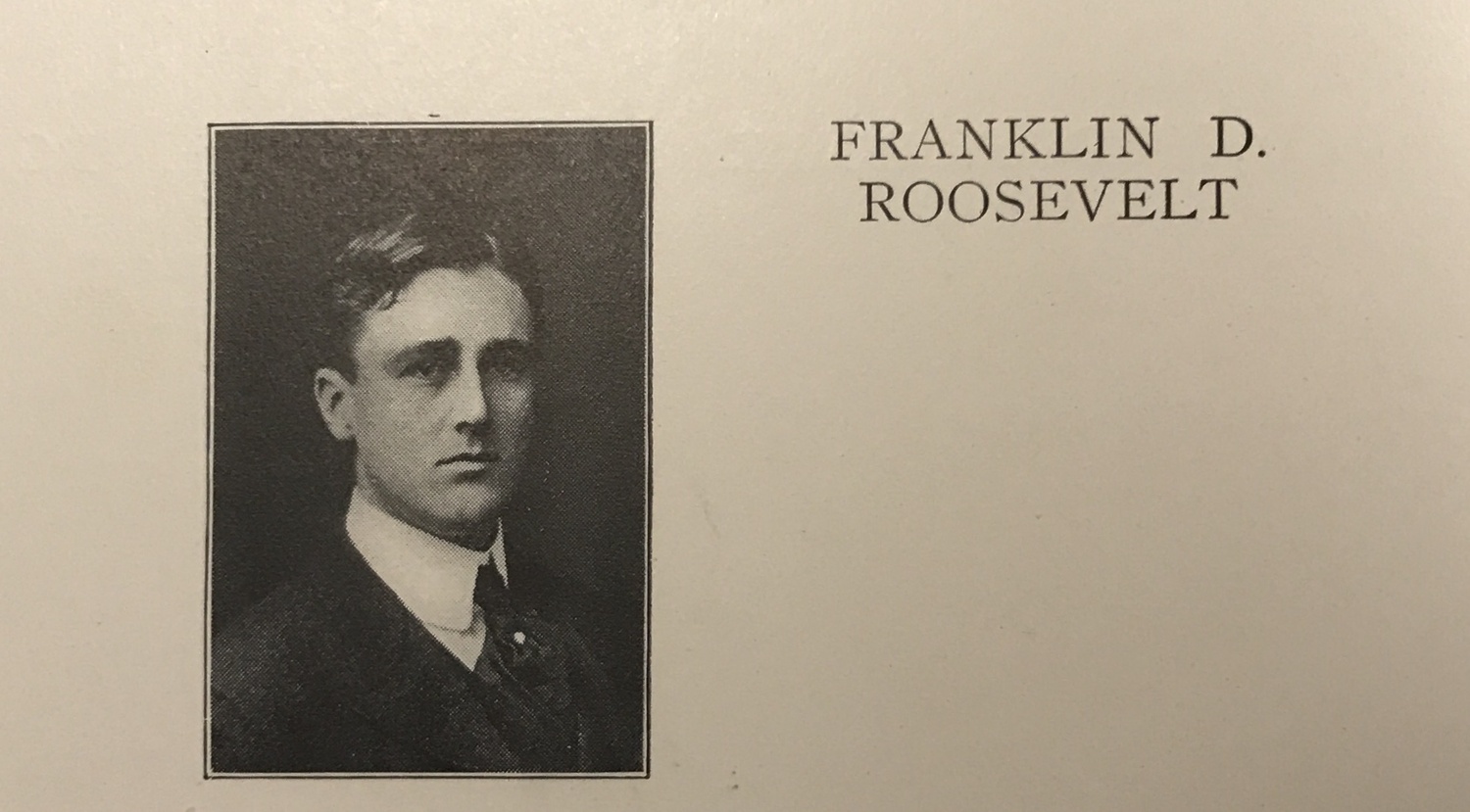 Jared Kushner: Harvard alum, advisor to the president, and...master chef? Many of today’s—and yesterday’s—celebrities once called Harvard home, so Flyby decided to dive deep into the College’s yearbook archives to find out what some noteable alumni were up to during their time in Cambridge.

Though he is one of the most popular presidents of all time, John F. Kennedy ’40, a former Crimson editor, didn’t always possess the optimism that many commander-in-chiefs are known for. In the Class of 1940’s post-graduation report a few years after he graduated, Kennedy wrote about his time in the Navy and his early retirement due to an injury.

Kennedy ended his short review on an ominous note, stating, “I am pessimistic about the future of the country.” Despite—or perhaps in spite of—his disillusionment, Kennedy became a congressman only seven years after graduating from Harvard.

Prior to helping his father-in-law/president run the United States, former Kirkland House resident Jared C. Kushner ’03 was Cooking Editor of Current Magazine at Harvard. We don’t really know what that title would entail, but our best guess is something having to do with reviewing recipes.

He has had a remarkable career trajectory. From analyzing soufflés to running a New York publication to trying to bring peace to the Middle East, Kushner’s public profile has risen like a well-yeasted loaf of bread.

He concentrated in Government, so one could argue that his acquisition of a highly coveted role at the White House wasn’t without some preparation—or should we say marination. Perhaps there are parallels between Kushner’s cooking skills and his politics: Both require precision as well as dedication—and creativity when it comes to following the rules.

(Curious about Kushner’s other college activities? His yearbook entry also tells us that he was part of the Friends of the Harvard Art Museum, vice president of Friends of Chabad, a Hasty Pudding Club member, and a JV Squash player.)

You might be familiar with this Harvard grad because of his 12-year presidency, during which he led the country through a world war and an international economic collapse. Or, you may know the 32nd president because of his time as president of The Crimson and as a Class Day Officer in 1904. Either way, President Roosevelt was a skilled leader—in The Crimson’s newsroom, and in the Oval Office.

Before Neil deGrasse Tyson ’80 became the voice of seemingly every space documentary (and before he and Bill Nye the Science Guy blessed us all with their bromance), he could be found concentrating in (you guessed it) physics at Harvard College. When he wasn’t busy analyzing black holes, Tyson also participated in crew, wrestling, cross country, and basketball. He was a resident of Currier House.

Imagine what Conan C. O’Brien ’85, the famous late night host, was like at Harvard in 1985. Your assumptions are probably pretty accurate. He was president of the Harvard Lampoon, a semi-secret Sorrento Square social organization that used to publish a so-called humor magazine. He was also a member of the Signet Society, a social club geared towards those interested in the arts. Perhaps the most surprising thing about O’Brien, who resided in Mather House, is that his field of concentration was “history and literature,” if that counts for anything.

Benjamin Joseph Novak ’01, better known as B.J. Novak, spent his college years living in Winthrop House and concentrating in literature. Given his later role as Ryan on The Office, it’s not really a surprise that Novak’s yearbook entry lists his involvement in the Hasty Pudding Club and the Harvard-Radcliffe Dramatic Club. He was also a member of the Harvard Television Organization, librarian of the Lampoon, and a member of the Phillips Brooks House Association, focusing on prisoner education.