​This Week at Harvard: Eight Activities on the Coast, in the City, and Close to Home 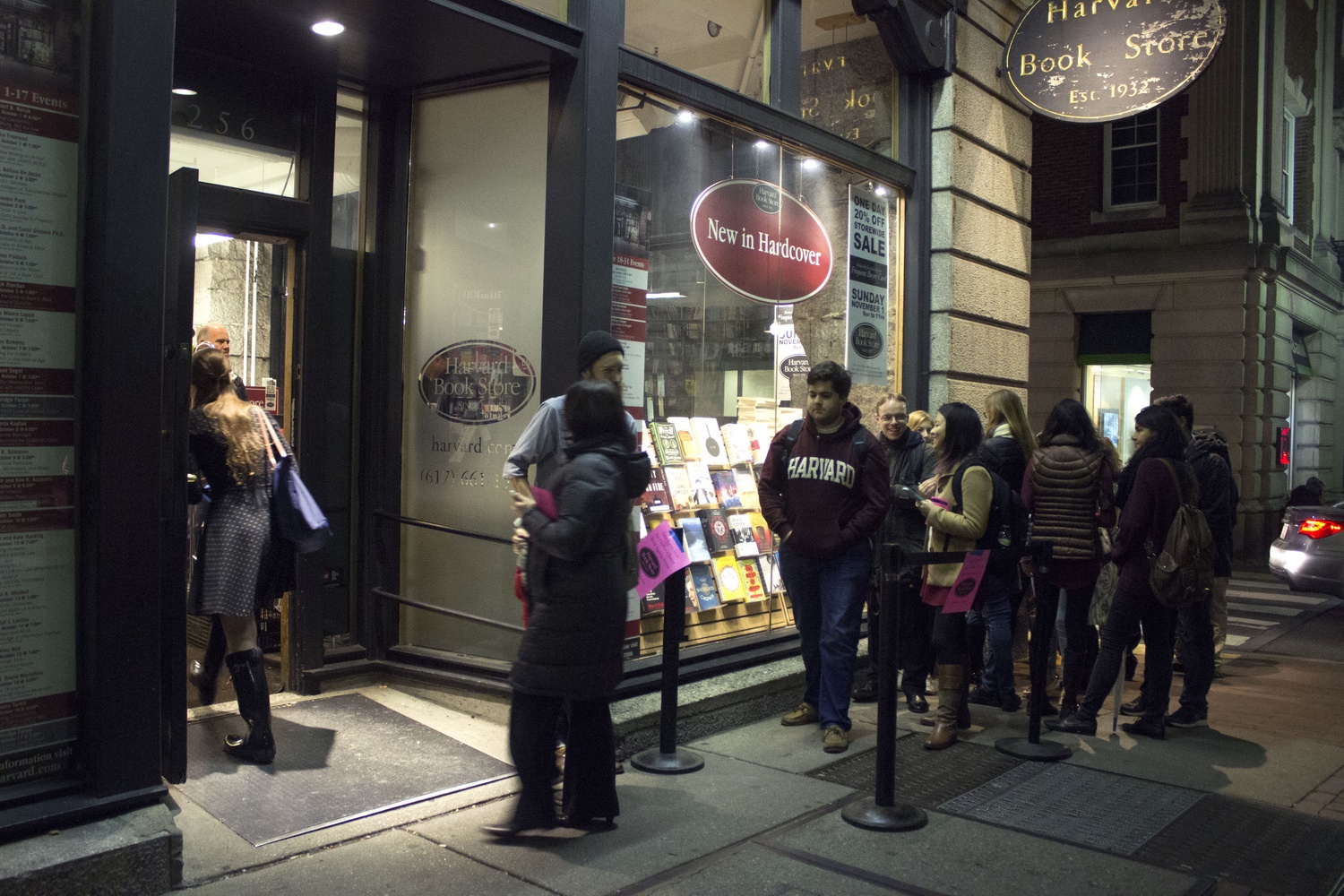 A line for a Harvard Book Store event in 2015. Head there this Friday for 15 percent off fiction books. By Savannah I. Whaley

The countdown to the start of the fall semester has officially begun: Back-to-school ads are making the rounds, sweaters are on full display, and twin XL duvet covers are selling out at Target. You could wallow in your end-of-summer-blues, or you could make the most of these last few weeks. Flyby suggests the latter, and that’s why we’ve compiled yet another list of school-free summer activities to help keep your mind off of the impending doom of September.

Relax at Singing Beach
Any day (or every day?) | Singing Beach, Manchester-by-the-Sea (Red Line to Green Line C train to North Station, then take the Newbury/Rockport Commuter Rail to Manchester)

Chances are you’ve been so busy balancing summer work, sleep, and all of Flyby’s weekly activities that you haven’t even gone to the beach this summer. Well, lucky for you, Massachusetts is located on the eastern seaboard, so beaches are aplenty! One of the nicest, closest beaches to Harvard is Singing Beach in Manchester-by-the-Sea (yeah, the town in the movie is a real, live place). It takes about an hour and a half to get to this quintessential New England beach town, complete with ice cream parlors and mini-marts perfect for picking up snacks and sunscreen before heading to the beach.

The Commuter Rail ride takes a little less than an hour, and it’s about a ten-minute walk from the Manchester stop to the actual beach. A round trip ticket on the Commuter Rail is about $23 (or $10 if you have a valid student CharlieCard), and it costs $5 to get onto Singing Beach. You could leave North Station as early as 6:40 a.m., and the last train back to Boston from Manchester runs as late as 10:50 p.m.

$28 for 14 hours of sunbathing? Sounds like a pretty good deal.

You know what they say—one person’s trash is another person’s (summer reading) treasure. This Wednesday, bring one to five books that you don’t want anymore to Trident Booksellers and trade them with fellow book swap attendees. The idea is that you take home as many books as you came with, so you’re guaranteed to leave with something new to read.

The only thing funnier than quality comedy? Horrendous stand-up performances. Luckily, at ImprovBoston’s “Comedy Lottery” show, there’s a chance you’ll get to see both. Located right in Central Square, ImprovBoston is one of Boston’s best comedy clubs. Every Wednesday, they host the Comedy Lottery, when anyone—from experienced pros to knock-knock-joke-tellers—has the chance to perform stand-up. If you want to enter your name in the lottery for a performance slot, get there any time after 6:30 p.m., drop your name into a hat, have some sort of bit prepared (hopefully), and pray that you’re among the chosen. Or, head to the studio just to watch some of the up and coming comedians of Cambridge (and witness any monumental comedic fails). Admission is free.

All summer we’ve been reminding you to visit the Gardner Museum. In case you still haven’t—or even if you have—we’re going to give it one more shot. This week, the museum is hosting “Third Thursdays: Dog Days of Summer.” Stop by the museum, which is open late on Thursdays, for a canine-themed evening in the galleries. There will be activities, music, and a cash bar around the Gardner’s beautiful courtyard. Harvard students can get free tickets to the museum and event if they bring their student IDs, but Third Thursday tickets often sell out, so plan ahead!

For some live music and good food, stop by the Beat Brasserie this Thursday. A handful of artists will be covering (and reimagining) songs by the 1960s singer-songwriter Joni Mitchell for the restaurant’s third annual festival in her honor. Best part is, you don’t even have to take a Big Yellow Taxi to get to this event—it’s right in your backyard.

You only have a few weeks left before essays and academic journals fill up your reading list for months on end and all novels are pushed to the side. Thankfully, Harvard Book Store’s Fiction Fridays will continue for the last few weeks of the summer, meaning you can get 15 percent off on anything from poetry to audiobooks. Never read “Harry Potter”? “The Hunger Games”? Want to read every single Nicholas Sparks book (again)? That’s fine, we don’t judge. Fiction Fridays end September 1st, though, so take advantage of Black Friday’s summer counterpart (minus the stampedes and brawls) before it’s too late.

Tell me more, tell me more, like is it really free? Yes, that’s right—this Saturday, head into Boston for a free outdoor screening of Grease. Grab some food at Quincy Market beforehand and fuel up for a night of singing and dancing along with Sandy and Danny.

Complete with farm fresh groceries and snacks, handmade goods from local artists, an extensive vintage market, and a whole fleet of food trucks, the SoWa Open Market pretty much has it all. It couldn’t be easier to get there by train, and once you arrive, shopping, eating, and browsing options abound. The chance to stop by surrounding art studios and galleries guarantees that a trip to SoWa is an artsy-adventurous way to spend your weekend.