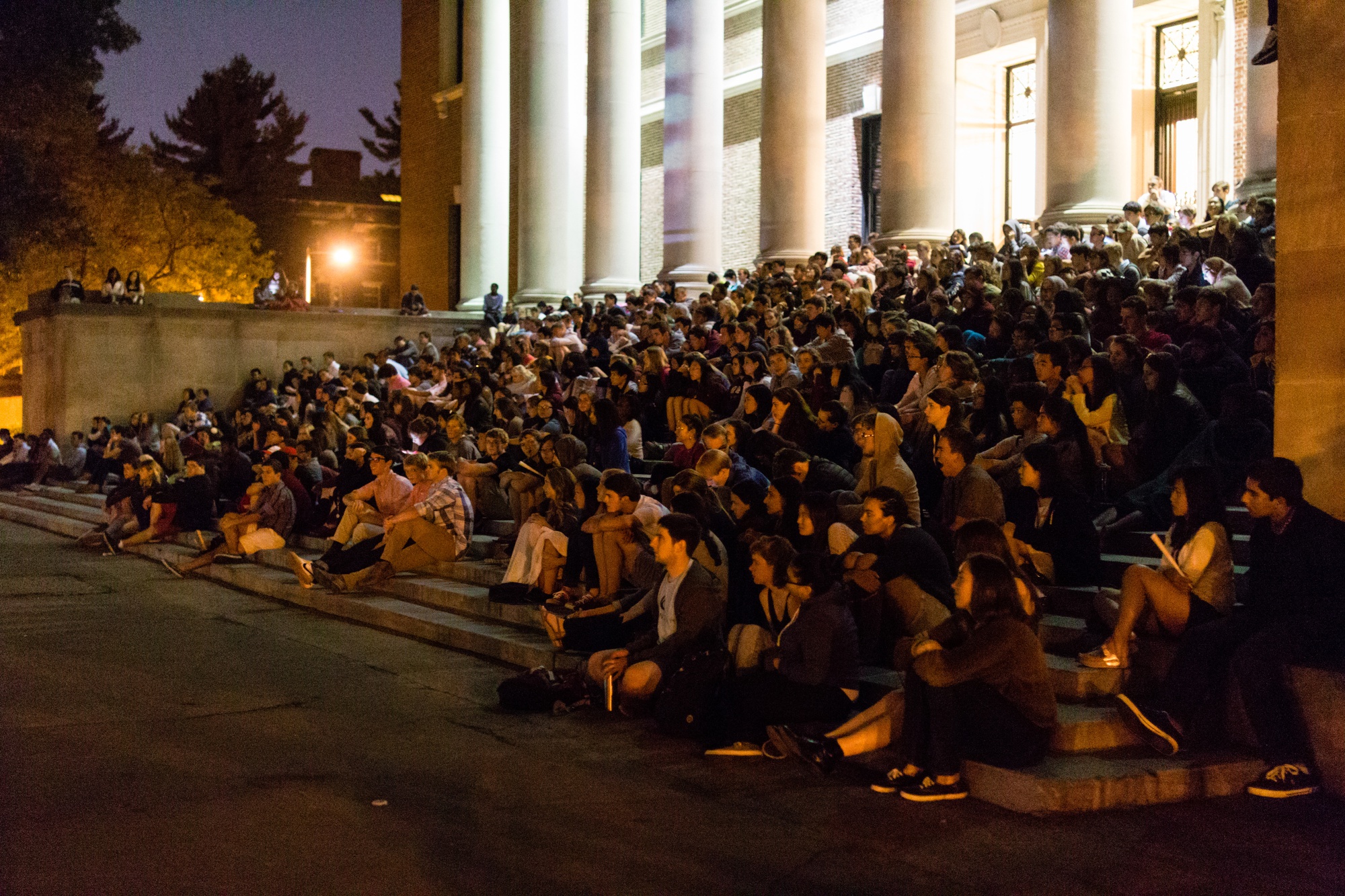 Freshmen gather on the steps of Widener Library to watch the screening of "Legally Blonde," hosted by the College Events Board on Thursday, Aug. 29. 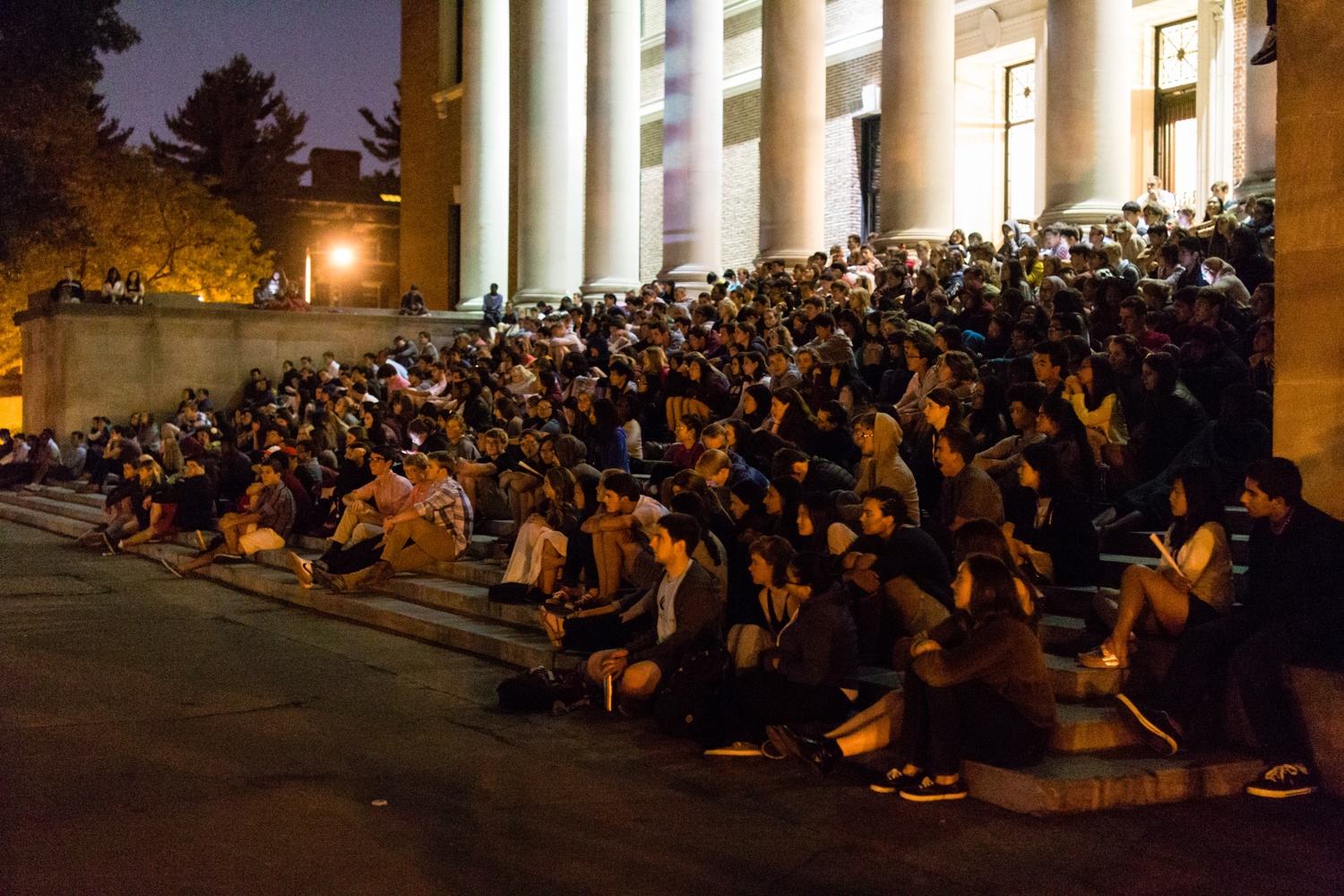 Eager freshmen wait for Elle to demo the bend and snap, possibly the most helpful thing some o them will learn at Harvard. By George J Lok

Stop whatever you’re doing right now—Legally Blonde is officially coming back and we haven’t been this excited since Gucci became a publicly traded company. The iconic comedy, starring sunshine-in-human-form Reese Witherspoon as a bright and bubbly yet underestimated Harvard Law student Elle Woods, has been dear to the university community since its release, both welcoming freshmen during Opening Days and sending seniors off during Senior Week screenings.

Heck, some of us were partly inspired by Elle’s own tenacity to come here—although there are no official statistics on how many Coppola-directed, bikini-clad applications Harvard has received since the movie came out. Even better, most of the team behind the OG flick, including Witherspoon who will reprise her role as Elle, is returning for the threequel. The third installment (yes, technically the fourth, but whoever was behind the embarrassing direct-to-DVD spin-off was seriously disturbed) is set to premiere on Valentine’s Day in 2020, so you have plenty of time to look for a bae to take you.

Or not, as the most important thing we learned from the movie, apart from the bend and snap, is that you should never chase a guy and always chase a check (or a fulfilling career in law, but who really cares about happiness or helping people over here?). What, like it’s hard?