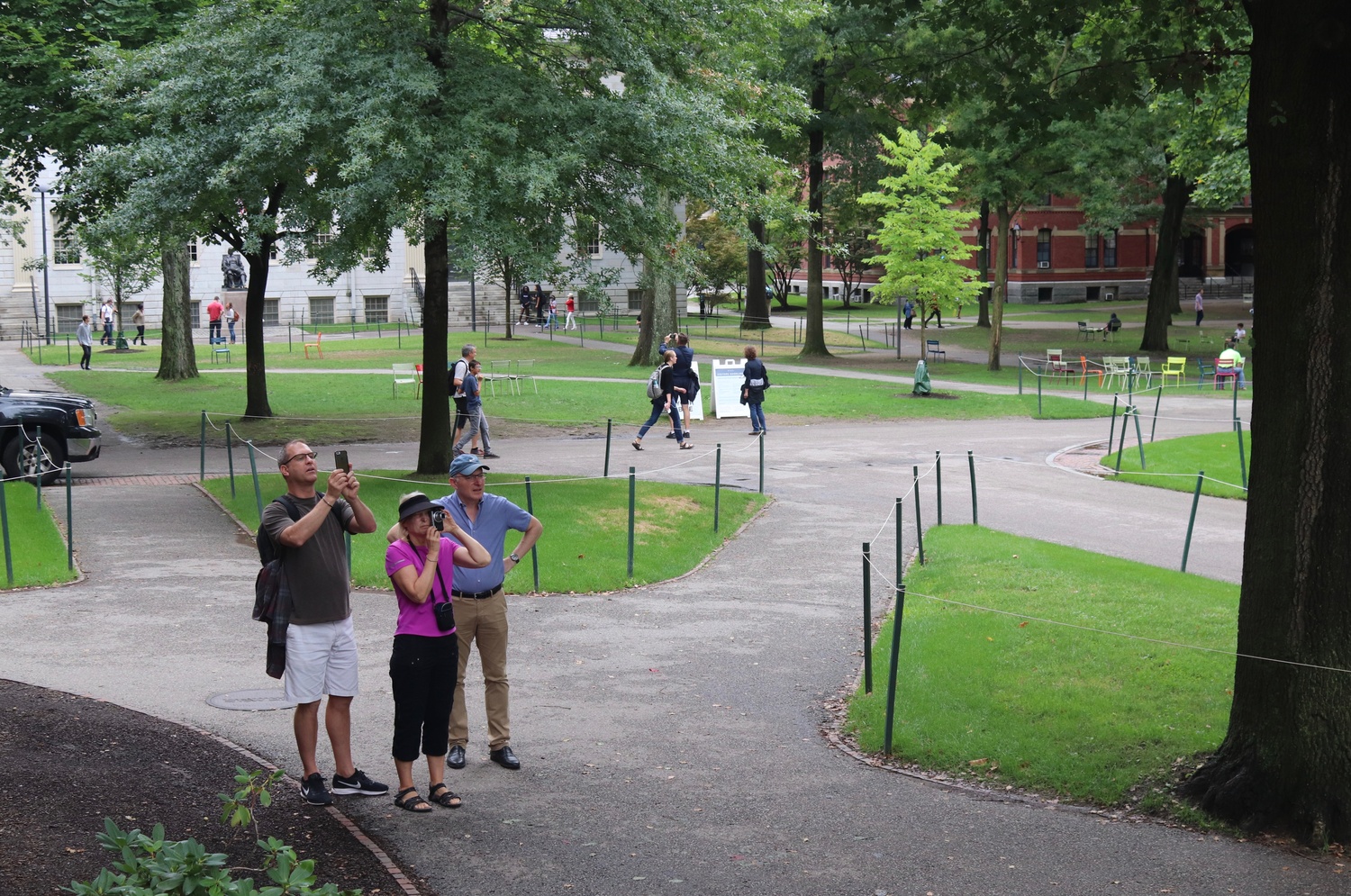 While a solid chunk of Harvard’s students take flight over the summer to pursue flex-worthy internships and picturesque summer abroad trips, the buzz of activity on campus never quite dies down. Check out our guide to the people and things that make an appearance during the summer months. Bonus points if you treat this like a scavenger hunt.

The Unceasing Waves of Tourists

Oh, tourists — you’re high on the list of Harvard students’ favorite things to complain about. Nothing else gives an ego boost quite like people traveling across continents to see your place of study. Of course, this validation comes at the cost of incredible inconvenience. From sunrise to sunset, herds of tourists are practically everywhere. Look for a shoal of matching (often neon) shirts or people stopping to take pictures of the squirrels and random buildings with their iPads.

If Spotted: Give them a wide berth, unless you want to be late to your job.

This is probably the somewhat-less-enjoyable Harvard analog to being a lifeguard: They get to work on their tan, collect a nice pay, and often have to deal with unruly children and overbearing parents — but you also have to have a shiny happy customer service persona switched on during work. To find a tour guide, look for the nearest person outfitted in enough Harvard gear to put any Visitas-bound prefrosh to shame/pointing and gesticulating wildly at one of the many (many) red brick buildings.

If Spotted: Look into their (hollow) eyes, smile, and yell “Happy Birthday!”

Cambridge isn’t the worst location to spend a summer. Some might go so far as to say that an afternoon reading in the sunshine on the Quad Lawn is downright enjoyable. But wearing a sweatshirt while strolling across the Science Center Plaza at high noon is just over the line. The sheen of sweat on their faces and a look of mild regret in their eyes is perhaps just as integral a part of their outfit as their trendy jacket.

If Spotted: Mentally file their personal choices under “Do Not Attempt” — you’ll thank us later.

The Sudden Appearance of Pretweens

Ever look up one day and see a cloud of Forever 21-clad high schoolers on campus? It’s Visitas 2.0, but this time the lanyards are brighter, the students are younger, and the newly formed squads of total besties are much louder. While we support the kiddos in their quest to have a truly ~transformative~ summer experience or just earn that lucrative H on their resume, that doesn’t mean we aren’t going to complain about their presence.

If Spotted: Make an aloof expression to avoid being mistaken as one of their kind.

An Unexpected Feeling of Happiness

This isn’t technically a person you’ll see on campus, but the effect is definitely noticeable. Dogs! Kids! People eating lunch or reading outside! A general feeling of relaxation! The disgusting slushy snowmelt and cold rain of the late spring are long gone, and you can feel the happiness return to campus. It’s nice to see the Yard look like the college brochures for once, so enjoy it while it lasts. But don’t bask in the happiness too long, lest a tour group plows into you.

If Spotted: Pop a squat in the sun and appreciate being at Harvard for a solid 60 seconds.

The Science Center Rocks Being Sort Of Useful For Once

The Science Center Rocks are right up there with the weird amount of time and money afforded to re-sodding the grass around campus in terms of Harvard’s strange expenses, but during the summertime, they’re usually busy with kids and canines alike splashing around. While the entrance to the Science Center will soon only be the prelude to a night of psetting, it’s a sweet little oasis for now.

If Spotted: Take a minute to remember that the Science Center is occasionally not a STEM student magnet.