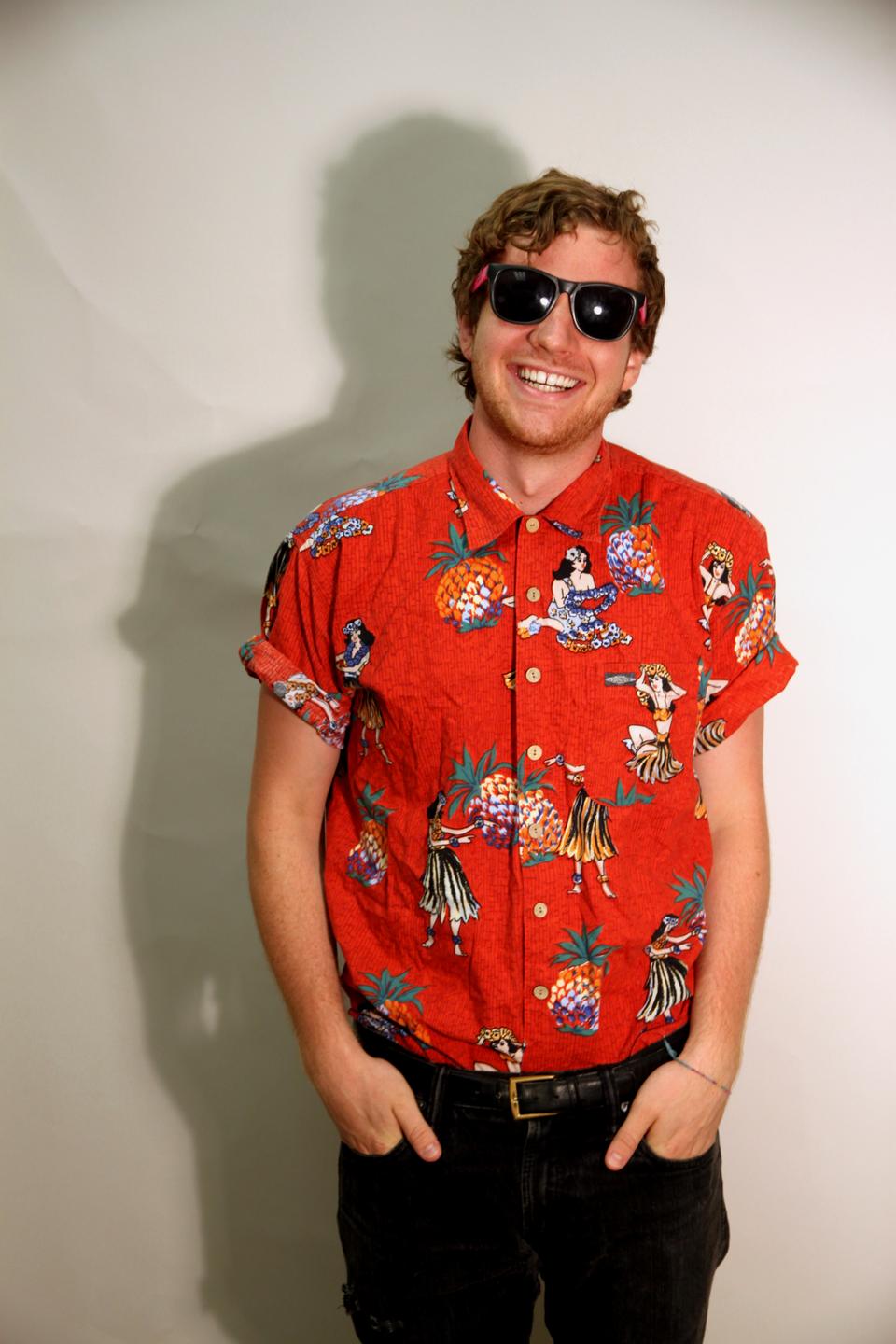 It’s time the adventurous men and women of today learned a lesson from the guys who are clearly having the most fun out of anyone: overweight tourists from remote, landlocked areas.
By Alexander J.B. Wells

The glory days are gone. We lovers of the Hawaiian shirt could once gaze admiringly at Al Pacino in “Scarface” and intimidating bouncers at the coolest clubs. Muscular athletes and emaciated hipsters alike could sport the always cool, always appropriate Hawaiian shirt. Now, the only associations we tropical shirt aficionados can hold onto are Kramer, Peter Griffin, and “fun dads” from the suburbs. The Hawaiian shirt is out. But honestly, in a field like this, who would want to be in?

Modern fashion is obviously an extended exercise in deceit, a lying game that we honest, humble lovers of the Hawaiian shirt refuse to play. Landlubbers sport lobster shorts, country clubbers favor flannel, and prep school girls don North Face even though their idea of an adventure is a walk on the Brooklyn Bridge or one too many skinny girl margaritas.

Even indie culture has lost its allure after years of seepage into the mainstream that have culminated in Lana Del Rey, vintage sweaters more expensive than Ralph Lauren vests, and my whole high school rugby team getting into fixies all of a sudden. And if you ever doubted that we were living out the Hip-pocalypse for real, please note that the guy who founded Urban Outfitters donated thousands of dollars to the Rick Santorum campaign.

This much is clear: These days, being stylish is no way to show you have style. If you want to stick it to the man, then you’ve got to go balls-out tasteless. Do you like dancing flamingos? Then put dancing flamingos on your shirt! You like flowers? Spam? Orientalist sexual fantasies? There’s plenty of room for all that on your torso as well!

Only one piece of clothing defines cool by being the epitome of uncool. Only in a Hawaiian shirt can you reveal your true self and let your imagination run wild. It’s time the adventurous men and women of today learned a lesson from the guys who are clearly having the most fun out of anyone: overweight tourists from remote, landlocked areas.

Fight the power. Go Hawaiian. And remember the words of Rousseau: “Man is born free but lives everywhere in graphic t-shirts.”