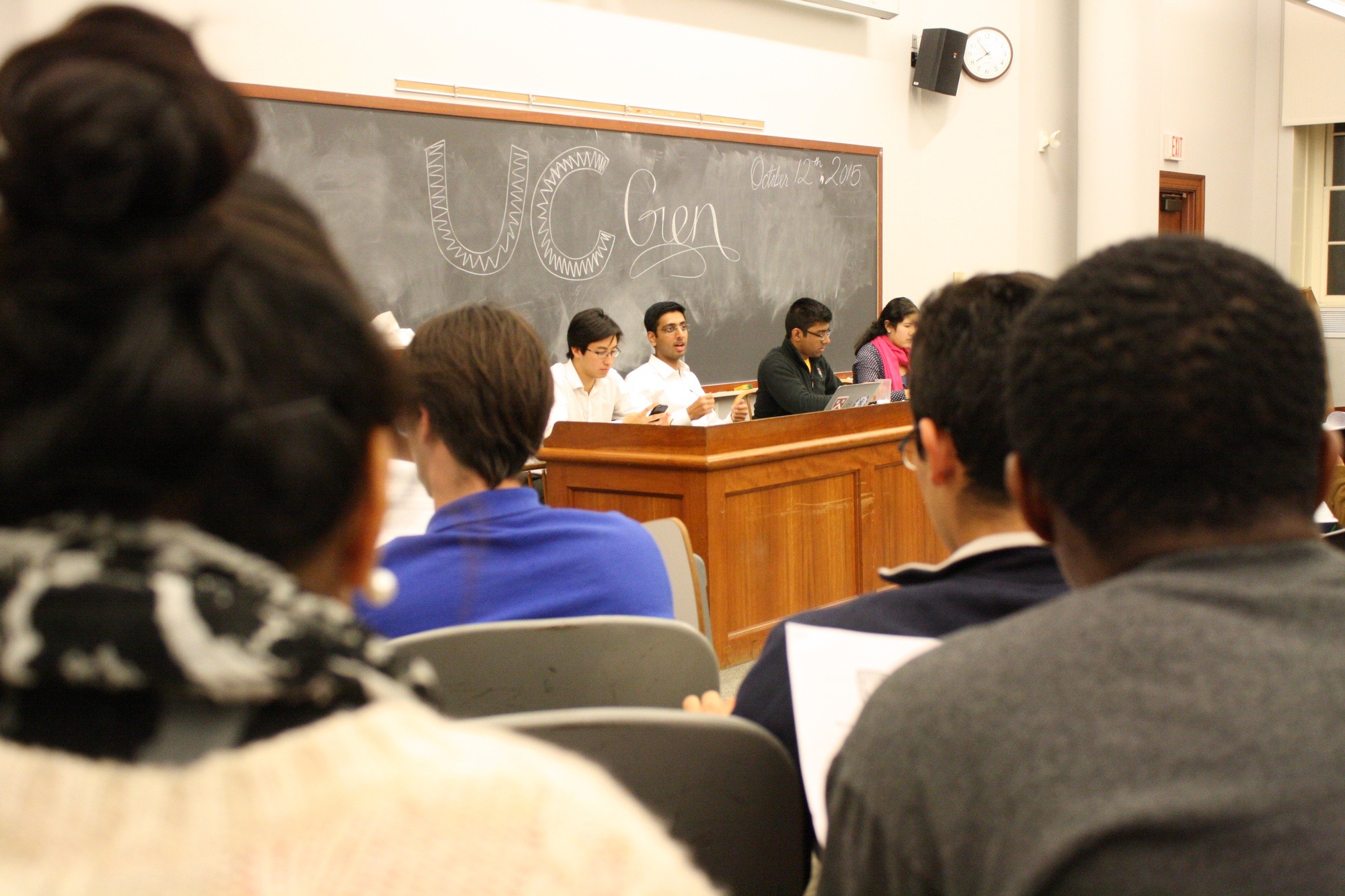 The Undergraduate Council voted to amend its bylaws on Monday, formally establishing the Freshman Class Committee as one of the official committees of the Council.

While the Freshman Class Committee, which serves as the UC’s outlet for planning events and initiatives for freshmen, has long been referred to as a “committee,” it was not officially designated as one. Finance Committee chair Riya N. Patel ’17 and Rules Committee chair Brett M. Biebelberg ’16, who sponsored the amendment, said at the meeting that over the course of a pilot period, the Freshman Class Committee had demonstrated its status as a legitimate committee. 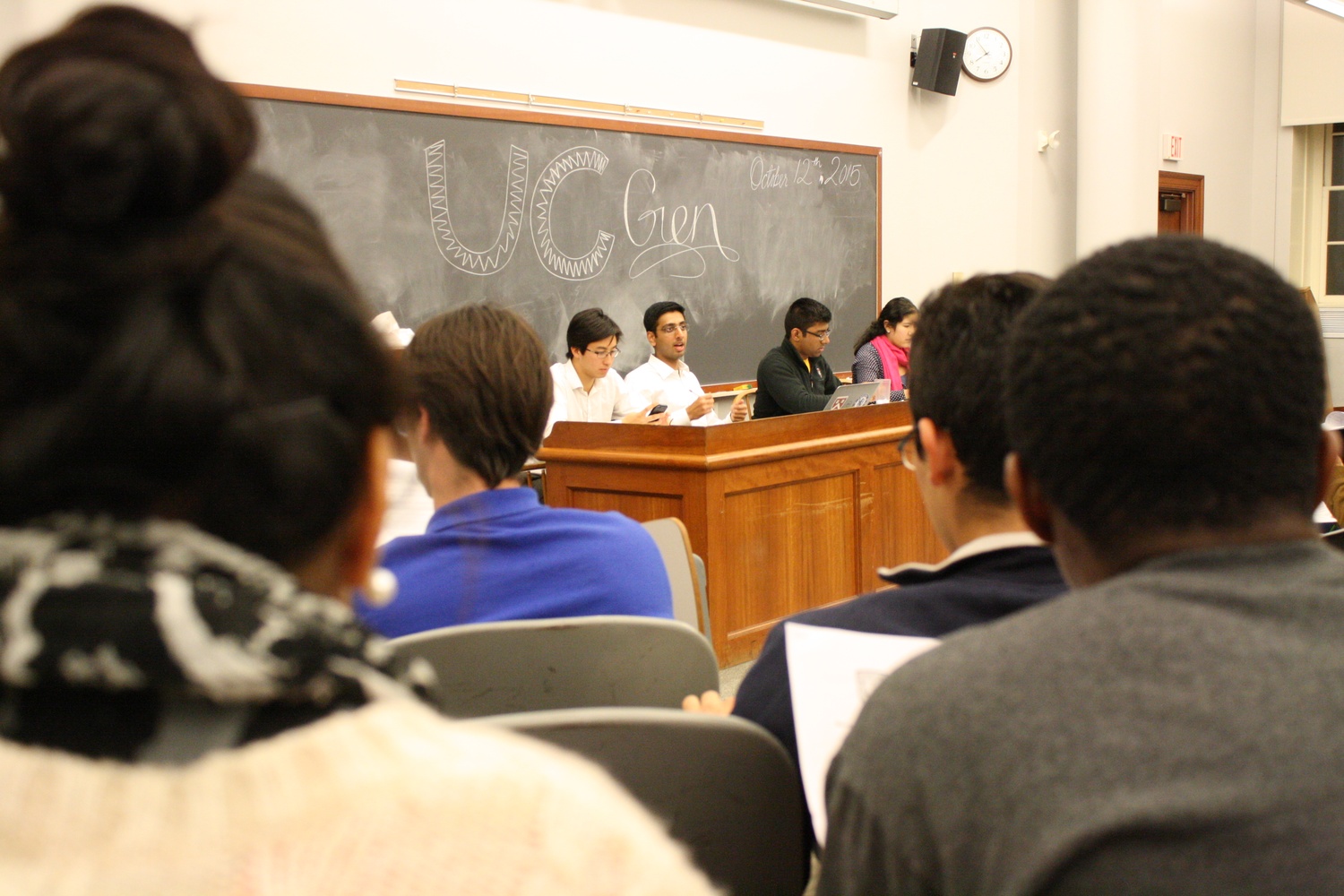 The Undergraduate Council gathers for its general meeting in Harvard Hall on Monday evening. By Michelle M. Ng

The bylaws amendment was met with some criticism, mainly from the freshmen on the Council. Representatives said the amendment, which included a provision that did away with the committee’s long-guaranteed minimum budget allotment of $10,000 a year, could mean lower funds for the committee in future years. Mather House representative Eduardo A. Gonzalez ’18 proposed an amendment to the bylaw change that would keep the $10,000 in place.

Biebelberg, a three-year veteran of the Council, responded to the criticism saying that it is “generally poor practice” to allocate funds through the Council’s bylaws. Biebelberg added that no other committee currently had guaranteed funds prescribed in the bylaws and said it should be avoided in the event that the UC’s yearly budget drastically changes.

Representatives also raised an issue with a provision in the amendment that requires all spending by the Freshman Class Committee to be approved by the Council at large, bringing it in line with the practices of the UC’s other committees. Crimson Yard representative Nicholas Whittaker ’19 said he wants the committee to spend money at its own discretion.

"We would be better suited to do what we need to do if we were given the autonomy to make our own decisions," Whittaker said.

Despite several representatives’ reservations and a proposed amendment, the legislation passed unchanged with 25 in favor and three opposed.

The Council also held secretarial elections at the beginning of the meeting, and voted to elect Adams House representative Anna T. Wechsler ’18 as its secretary, the first non-freshman to hold the position in several years.