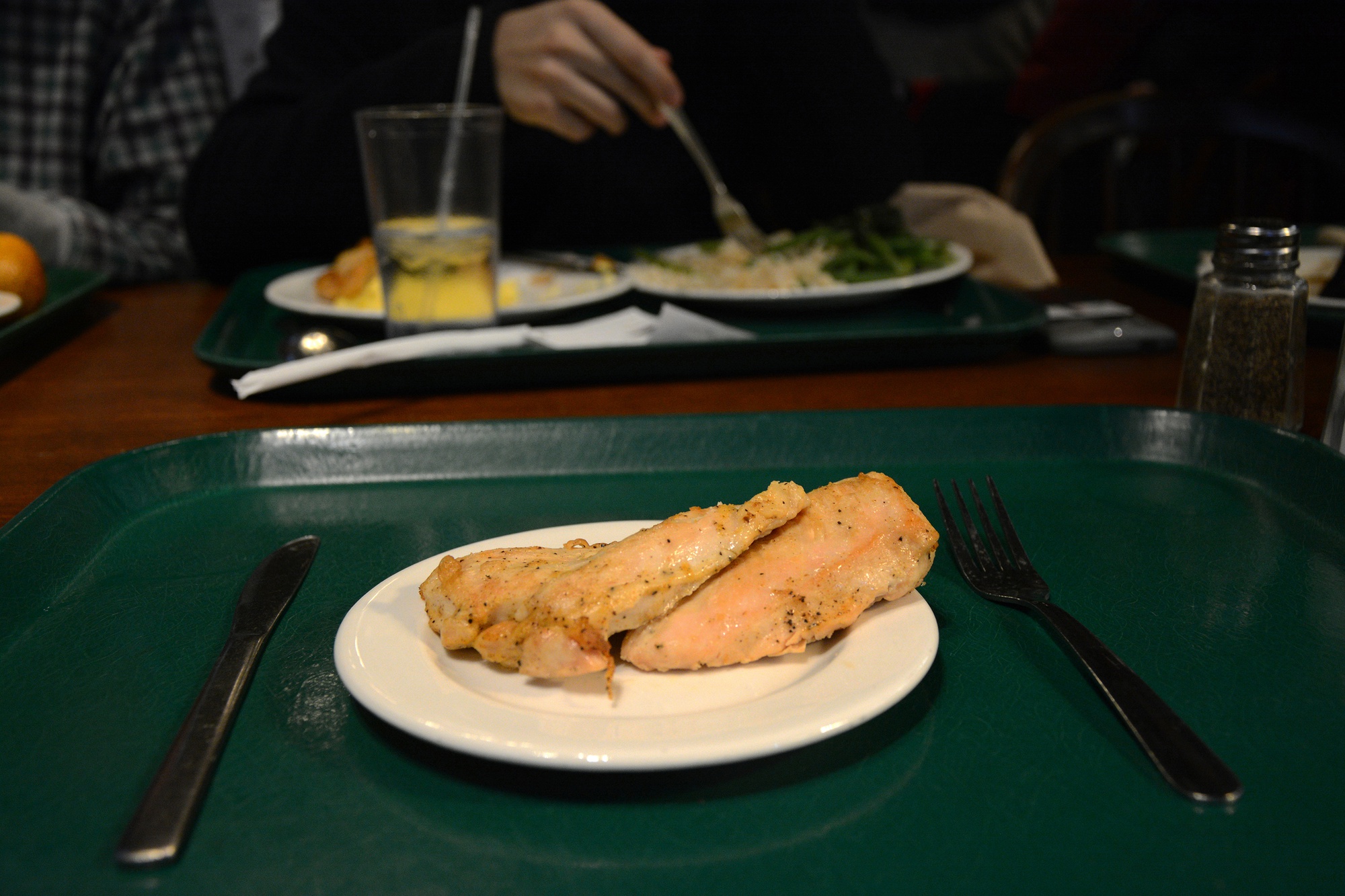 In response to Muslim students’ requests for healthier halal protein options, Harvard University Dining Services began serving halal chicken on the grill menu in all dining halls last week. Halal chicken will eventually serve as the only halal meat at the grill, once supplies for halal hamburgers and hotdogs run out, according to HUDS spokesperson Crista Martin.

“In the last year or two, students have expressed an interest in seeing chicken, rather than hamburgers and hot dogs, as the halal option,” Martin wrote in an email. 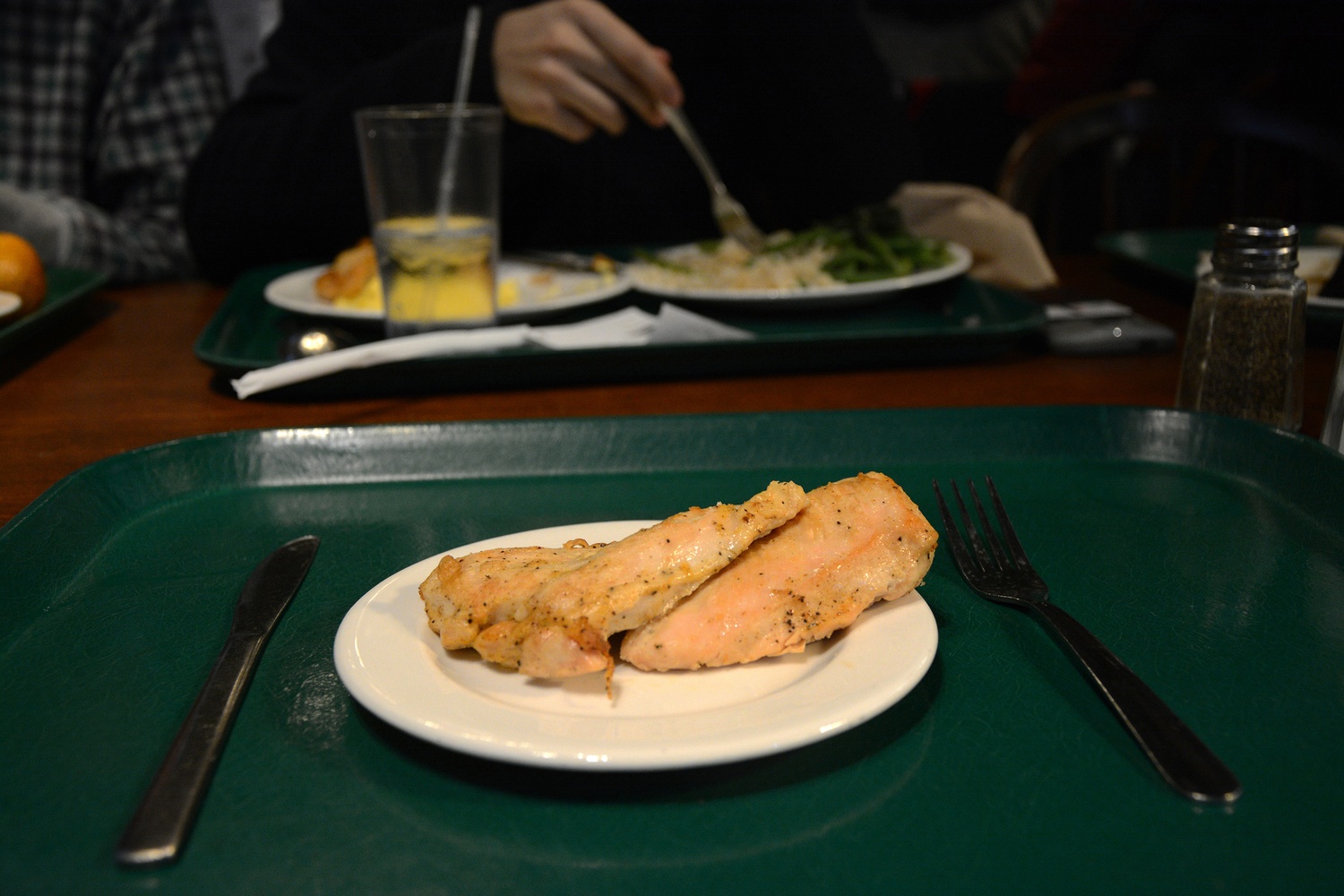 Shaiba Rather ’17 sent out a survey last October to Muslim students at the College to gauge whether their dietary and religious needs were being met.

Rather said she had received responses from about 70 percent of the Muslim population, and results showed that students wanted healthier protein options.

“What we saw was that people were not actually eating the hamburgers and hot dogs that were being provided by HUDS,” Rather said. “The comments were telling us that people essentially were refusing to eat processed foods as a protein.”

Rather said she took the results of the survey and asked HUDS administrators about the possibility of offering halal grilled chicken. With the addition of another item on the grill menu, HUDS had limited menu space and will consequently stop serving halal hamburgers and hotdogs, according to Martin.

However, the halal grilled chicken does cost more than the halal hamburger and hotdog options.

“It actually costs more to serve chicken. So it was a cost increase, not a cost decrease,” said Martin T. Breslin, HUDS’s director of culinary operations. “Having too many items on the grill makes it too difficult to manage.”

The change in offerings has been met with enthusiasm, according to both Breslin and Rather.

“We are seeing the volume increase with the halal chicken right away,” Breslin said. “In Adams House, we have seen that what students have ordered in chicken versus what they would have ordered in hamburgers and hotdogs has doubled.”