Bridging the Gap: The Transition to College Academics 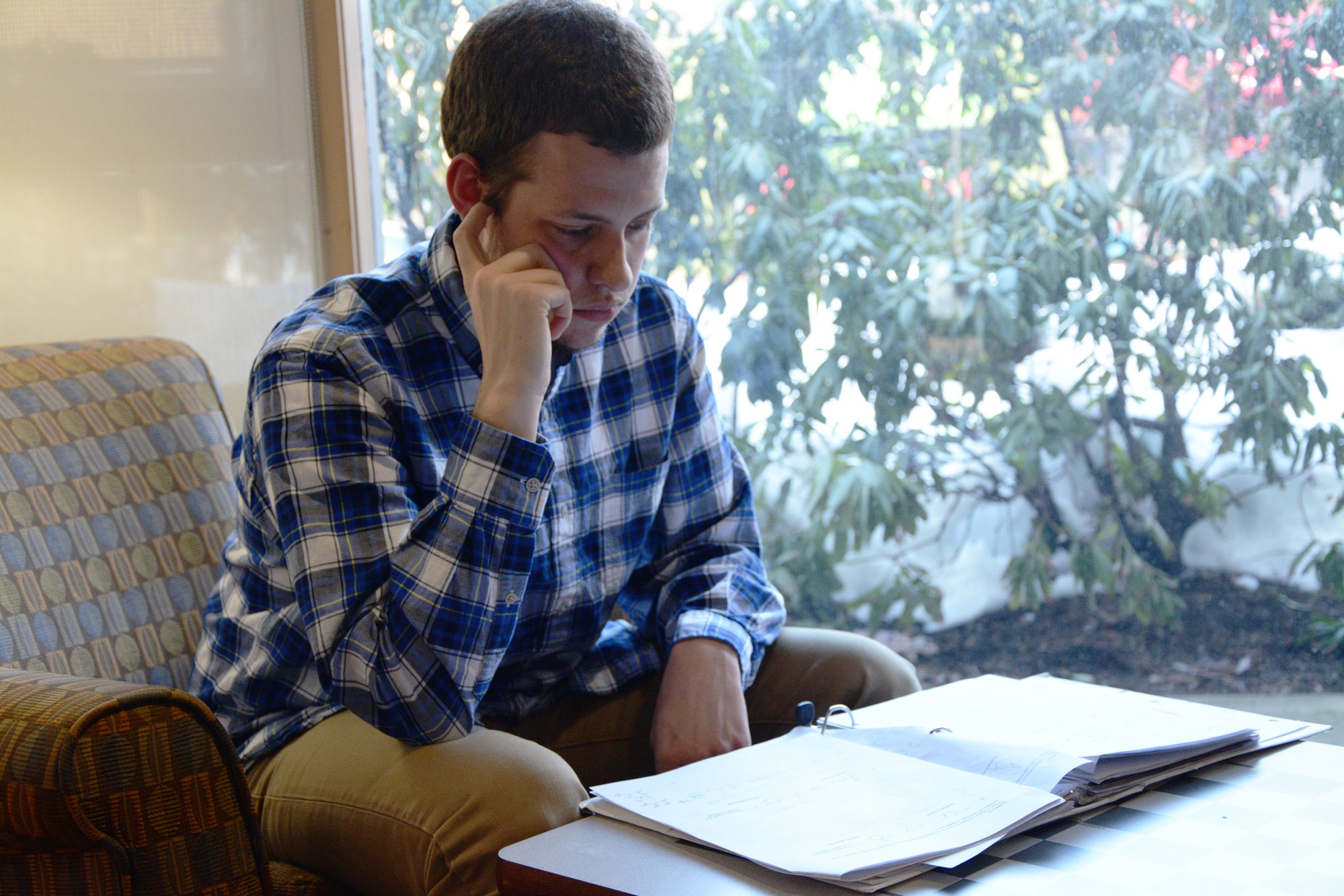 Benjamin C. Barnett ’17 was the first and only student from his public high school in rural Kentucky to apply to Harvard. He did not tell his college counselors or friends, he said, because they knew little about the Ivy League—or any school outside the state. “I just had to take it upon myself,” he said. 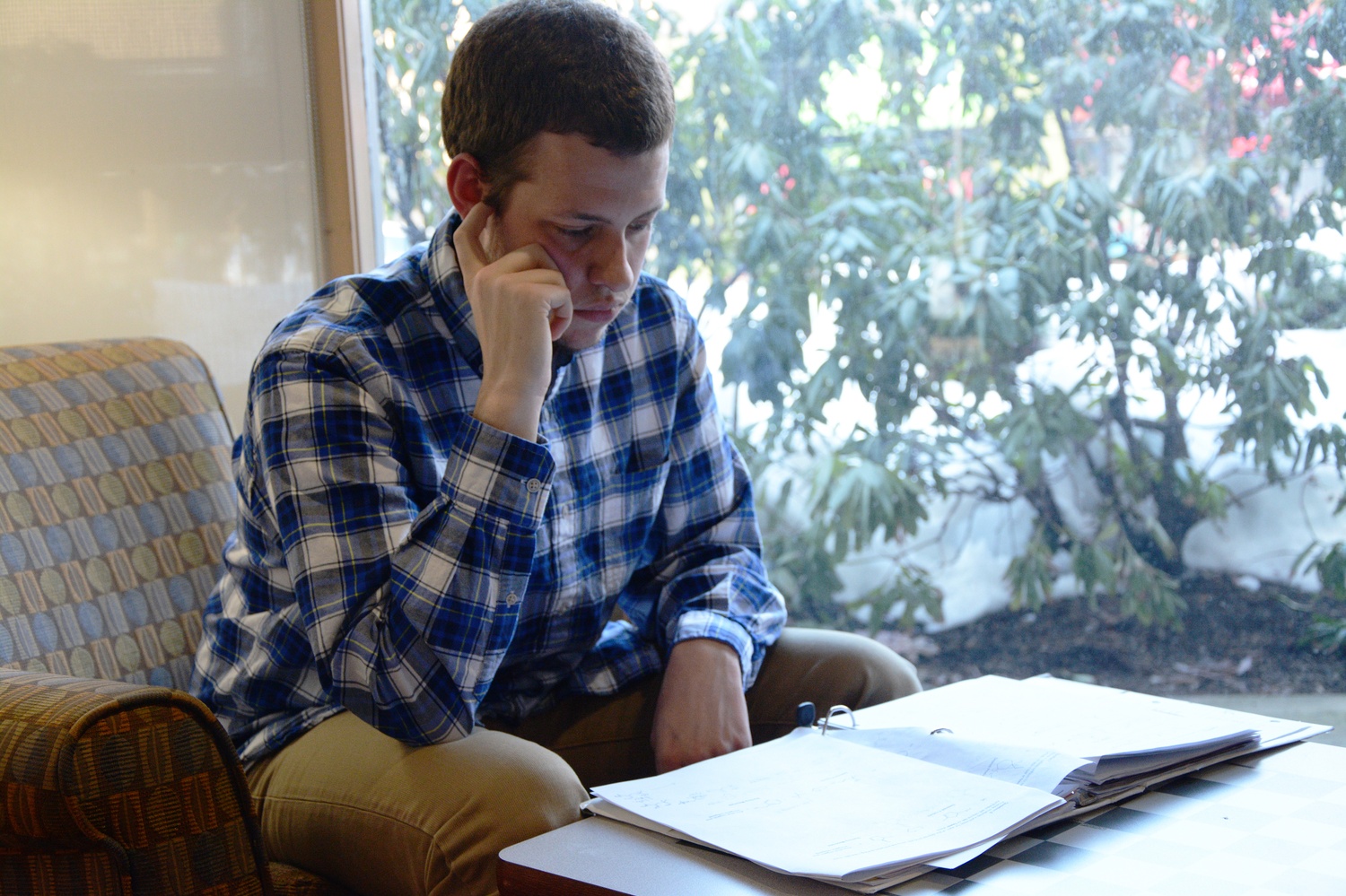 Now a sophomore at the College, Barnett studies chemistry, and, around campus, he sings with the Harvard Glee Club, tutors for Harvard Student Agencies, and works at the Quincy Grille. But when he arrived at Harvard more than a year ago, he felt unprepared academically, he said, even with some Advanced Placement courses from high school under his belt.

“I took four or five AP classes junior and senior year, but that didn’t mean anything,” Barnett said. “Academically, in terms of time management, I wasn’t prepared.”

Barnett wasn’t alone. Although Harvard admits students from around the world and offers generous financial aid to help them get here, some students who matriculate from under-resourced high schools struggle to find their footing on a campus with an overall wealthy student body that disproportionately draws from a small number of private and magnet schools. Harvard offers programming to mitigate inequities that challenge these students, but both undergraduates and administrators acknowledge that the College could do more.

“For some students, depending on classes they took in high school, they have a little bit of…work to catch up on, but that’s not an insurmountable problem,” said Michael C. Ranen, the freshman resident dean for Ivy Yard.

Back home in the city of Bhopal in Madhya Pradesh, India, Varsha Varman ’18 attended a high school where the courses were geared toward students who decide their vocational paths early and pursue their chosen careers at local universities accordingly. Varman’s school did not offer the same International Baccalaureate or A-level courses that other international high schools provide, she said.

In addition to the social and cultural transition predicated on her international background, Varman attributes her difficulty in Harvard’s classrooms to poor high school instruction. She had trouble structuring papers at first, as well as with math and science.

“In the math or science part, I feel like I am inferior because I hadn’t had exposure to that higher level of education,” Varman said. “I had to do a lot of extra work outside of school.”

Administrators acknowledge that taking classes at Harvard can be challenging, even for students from elite high schools. For students from under-resourced schools, there is the added stress of fulfilling requirements that some peers have already completed before they step on campus, such as the College’s language requirement, for which Harvard accepts AP credit.

Jonathan Iyandemye ’18 did not have internet access at his high school in Rwanda, and although it had a library, he said few people used it. More than the lack of resources, however, Iyandemye attributes his challenges transitioning to college to the nature of his high school education, which he said differed significantly from Harvard. He had never written a 10-page paper before college, and he at first had difficulty managing his time outside the classroom.

“In terms of the dynamics of studying, my high school was based on memorizing things, not on thinking about things,” Iyandemye said. “I went through a high school education system that was binding.”

Students who come from under-resourced high schools work alongside a large number of peers who hail from selective public schools like Boston Latin School, boarding schools like Phillips Academy, and private day and specialized public schools in New York City. Students who attended those college preparatory schools often had access to specialized classes from an early age, in addition to strong advising programs and other resources for academic support.

“When you see your peers are in Math 25 and don’t have to take a language, that’s just part of it. If you persevere, you can catch up,” said Jason B. Munster ’07, a first generation alumnus who now serves as Mather House’s designated tutor for first generation college students. “Catching up just means that you fulfill your concentration requirements, and you may have a few less electives,” he added. 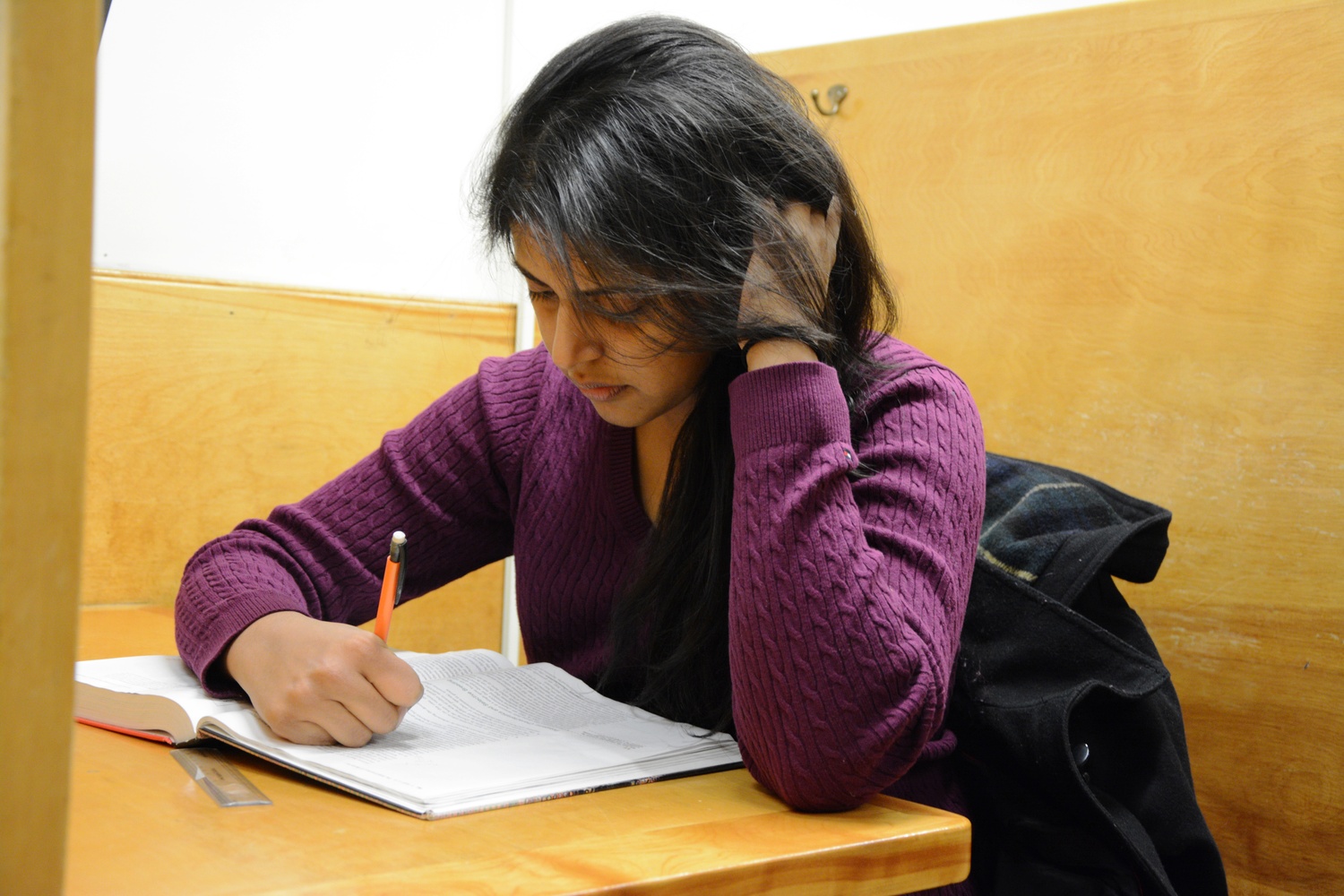 Varsha Varman ’18 studies for her SLS 20 exam in the basement of Lamont Library on Saturday afternoon. By Varnel L Antoine

Social factors, too, can have an impact on low-income students’ adjustment to the College; some activities have dues, for example, that can limit their participation. Mather House tutor Anthony A. Jack said social factors are almost more important than academic preparation in helping students find their footing freshman year.

Harvard tries to help students who struggle academically catch up in a variety of ways, both before they come to campus and once they arrive. Specifically, in the summer after students are admitted, the College runs placement exams in several subjects, including math, writing, and foreign languages, in an effort to identify which courses match students’ preparation levels.

Some undergraduates place into introductory writing course Expository Writing 10, for example, and take it freshman fall before enrolling in the more specialized Expository Writing 20, required of all freshmen, in the spring. Expos 10 is designed to make the transition to college academics easier for students, according to administrators and faculty members. Sections of Expos 10 are capped at 10 students, and the preceptors, who teach the course, meet with students in frequent one-on-one conferences.

According to Karen L. Heath, the senior Expos preceptor, Expos 10 aims to introduce students to writing fundamentals, through small assignments and full essays. “For those who come from secondary schools where not much writing was assigned, or whose writing assignments tended to be something other than analytical essays, it can be a challenge to get used to the expectations for academic writing here,” Heath wrote in an email.

New levels of introductory courses, like Expos 10, have been developed across the disciplines when the original courses proved too sophisticated for some students, Dean of Freshmen Thomas A. Dingman ’67 said. Mathematics Ma: “Introduction to Functions and Calculus I” and Life and Physical Sciences A: “Foundational Chemistry and Biology,” for example, enroll students without much experience in those subject areas.

Still, despite those options, not all students feel that they are appropriately placed into their freshman courses.

Benjamin J. Betik ’17 came to Harvard from a Texas high school that had never before sent a student to the College. Although his school offered AP courses, Betik said it was rated “academically unacceptable” annually by the Texas Education Agency.

Despite his high school’s shortcomings, Betik placed into Expos 20 and experienced unanticipated classroom challenges. “In high school I never really studied at all, so I didn’t even know how to study when I first got here,” Betik said. “My first semester at Harvard was pretty rough.”

“When I got back my first midterm, I was absolutely destroyed,” he added.

Varman, who followed her placement results to take Expos 20 freshman fall, also struggled because of it. The assignments were challenging, she said, because she did not have a strong background in academic writing.

“I had one class where we had to write a term paper, and I absolutely had no idea [where to start],” Varman said. Although on her own time she researched how to structure academic essays, Varman oftentimes felt like she had hit a brick wall.

“I do find it hard to write academic essays; I feel I am disadvantaged in that manner,” she said. “I do feel that there is an assumption that everyone has an exposure…[to] that kind of writing.”

Still, while the College’s programming aims to mitigate any disadvantages students from under-resourced high schools have after matriculating, both administrators and students say the College could do more to offer support.

Many students who enroll in Expos 10, for example, praise the program, such as Kristina R. Li ’18, who said she had not been “very confident" with her writing skills beforehand.

Not all students, however, experience the same benefits: Barnett did not think the course made him more prepared to tackle writing assignments at the College.

“I don’t really think Expos 10 was helpful in the transition in any sort of way, to be honest,” he said.

In Expos 10, Barnett and his classmates were told “explicitly” how to structure their papers, he said, but subsequent classes had different organizational expectations for which Expos 10 did not prepare him. “Professors want different things in their papers,” he said.

Asking for help, however, is often difficult for students. Varman said she could not take advantage of these programs because she could not prepare for a meeting when she did not know where to start. “I feel apprehensive about it because I felt I was not ready,” she said. “I need to work and then go and explain my problem.”

A summer bridge program would enable incoming freshmen to hit the ground running in the fall, Dingman said, but he added that such a program could target students with similar backgrounds with a potential negative impact.

“There are people who would argue against that, saying that it’s potentially stigmatizing, and that if you’re coming early...you’re meeting other people who are maybe inadequately prepared, and then they become the reeds you’re leaning on, and that’s not very good,” he said.

To address the potential stigma of participating in a summer bridge program, the Freshman Dean’s Office is discussing the creation of a program open to the entire freshman class or enrolling all students from certain kinds of high schools, such as those with free lunch programs or those with a small percentage of students who are accepted to four-year colleges. Another option, according to Dingman, may be to revamp Wintersession programming to offer extra academic help to students who performed poorly in the fall.

Iyandemye, for his part, attributes the ease of his college transition to a gap year bridge program called Bridge2Rwanda, which trains strong high school students in the country to attend colleges abroad. Inclusive of SAT prep and English classes, Bridge2Rwanda helped him with reading and writing skills as well as applying to colleges during his gap year, Iyandemye said.

Ultimately, Iyandemye said a Harvard education happens on students’ own terms, from the help they seek to the programs in which they participate.

“It’s a learning experience,” Iyandemye said. “You have to embrace another perspective than your own.”