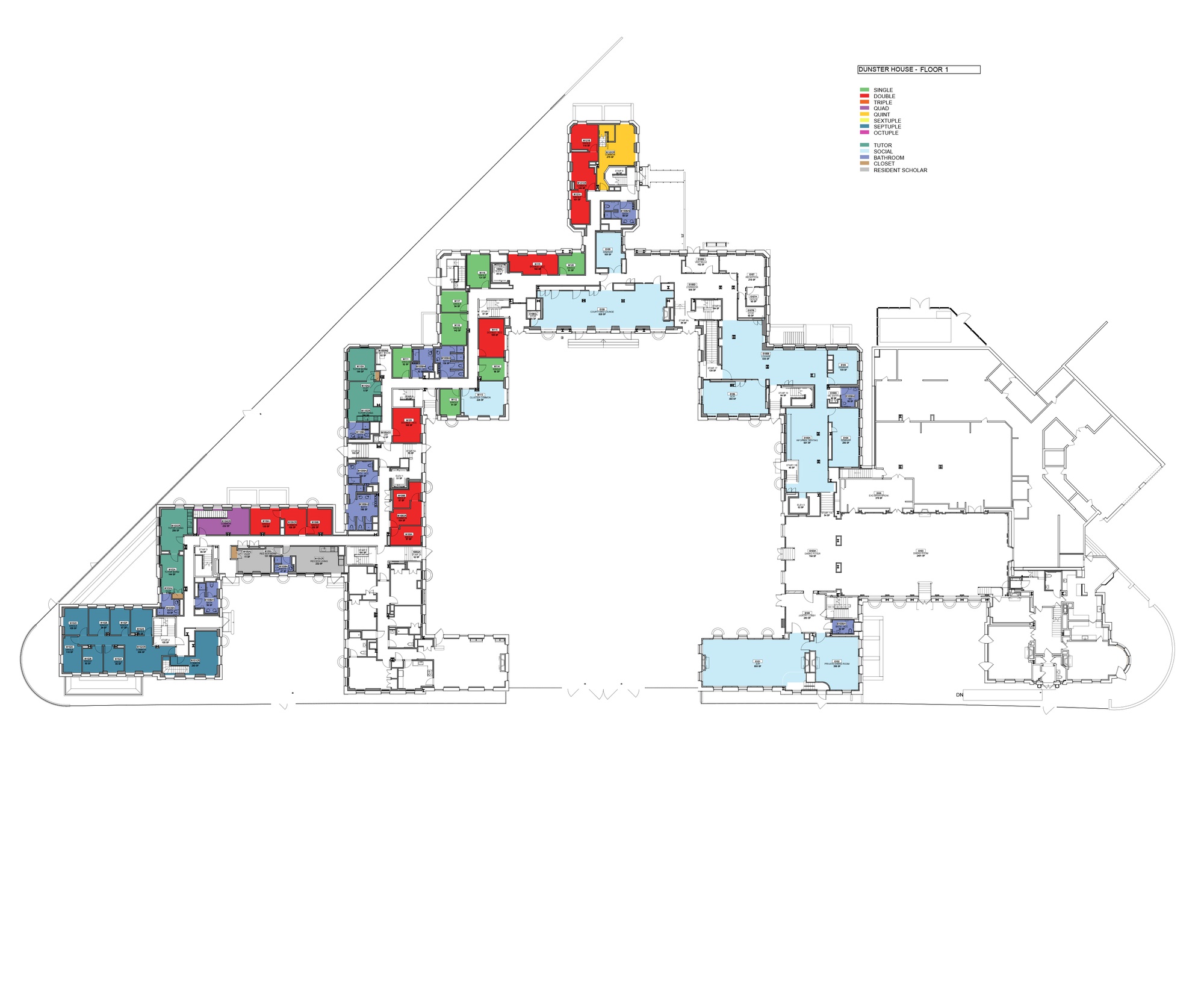 New floor plans for Dunster House, currently undergoing renovation, feature the elimination of walk-through bedrooms, a large mix of studio-style and common room-style suites, and a shift away from in-suite bathrooms toward shared hallway baths.

The floor plans, made available online to Dunster House residents last week as part of the first round of the House’s rooming lottery, also show several elevators throughout the House. According to Dunster House Administrator Rachel A. Barbarisi, Dunster House’s previous accommodations did not include elevators. She also said that tutor communities will be organized by floor rather than by the traditional vertical entryways. 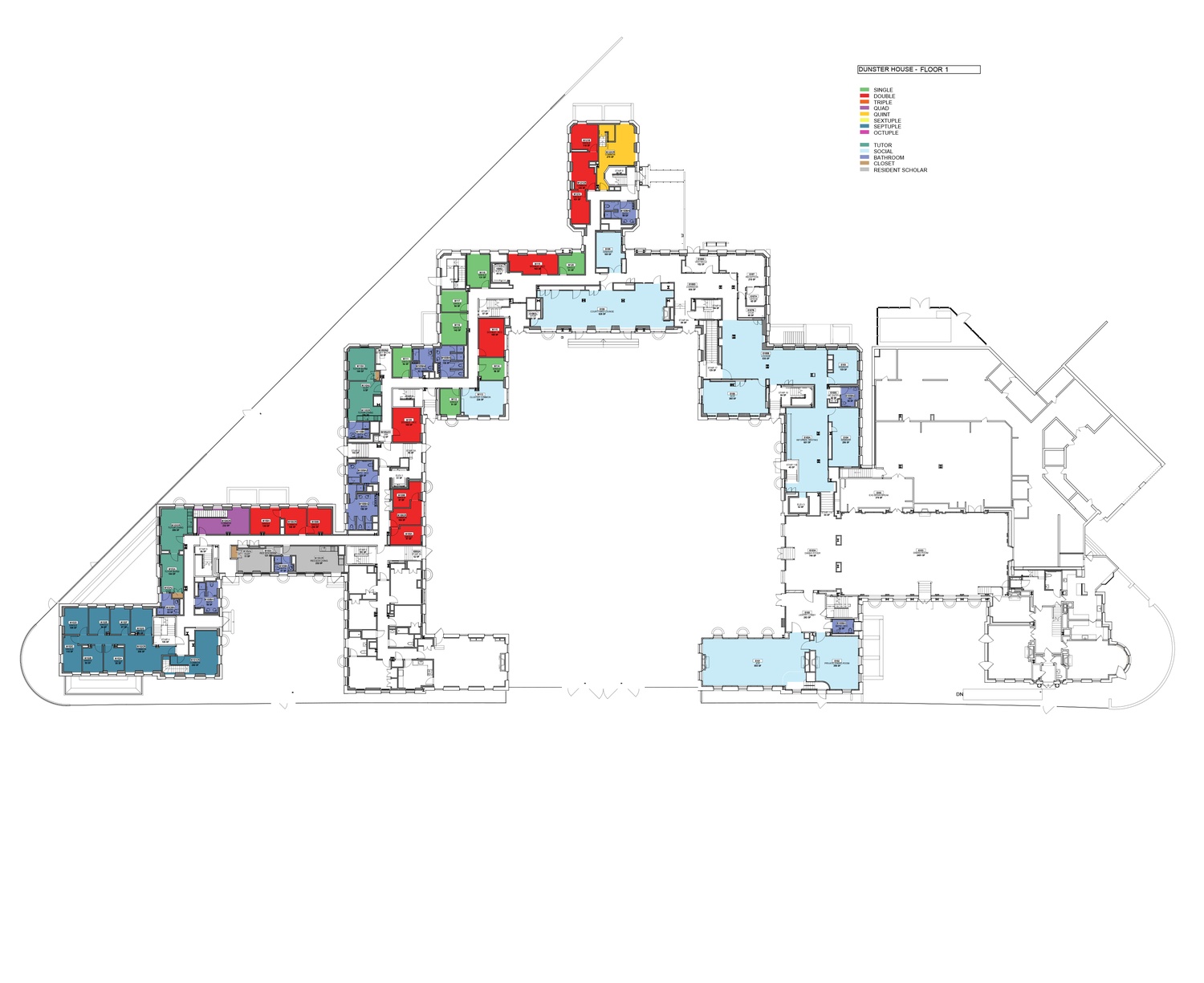 For the past year, Dunster residents have lived in swing housing across Harvard Square as the House undergoes construction as part of the College’s $1 billion House renewal project. Previous renovations in Leverett House’s McKinlock Hall and Quincy House’s Stone Hall feature many of the same changes as Dunster, including the introduction of hall baths and cluster common rooms.

According to the House Lottery Handbook, posted on the Dunster website alongside the floor plans last week, there will be “cluster common rooms” on each floor except the top one, which will be available to all Dunster students regardless of where in the House they live. Policies for how to reserve these spaces will be released in the fall, according to the handbook.

The floor plans, which were shared with The Crimson, also show a “smart” seminar room, an art space, music rooms, several squash courts, a gym, and a grille—many of which were announced ahead of construction last June. Prior to being closed for renovation, Dunster House operated a late-night grill in its basement.

While some students expressed mixed feelings about the renovations, others said they are happy with their rooming options for next year.

Stephanie G. Franklin ’16, co-chair of Dunster House Committee, said that she was “very pleasantly surprised” when the floor plans were released.

“I was worried that they would get rid of suites for the most part, based on what I had seen in Stone Hall, Quincy—but there were lots of suites, lots of common rooms, and a good deal of variety [of suites],” Franklin said. She said that while there are some shortcomings, the improvements are worth it.

Having previously lived in Dunster House before renovation, she characterized plans for the new rooms as “much, much better.” Franklin said she would be living next year in a 7-person suite duplex with two bathrooms and a common room. Barbarisi wrote in an email that the newly added, larger suites were assigned in a special lottery Tuesday, ahead of the general lottery.

Hillary J. Do ’17 said she is “not yet sure how she feels” about the switch to hallway bathrooms, though she said she was pleased that in exchange the rooms have been made bigger. However, she said she welcomes the horizontal connections between entryways, which she said would make socializing easier because it eliminates the need to go outside in order to enter another entryway.