Making Classes, but Not Money

As professors volunteer hours to developing online courses for edX, some call for the young platform to compensate its teachers

For many Harvard professors, a sabbatical provides is an opportunity to delve deeper into a research topic of interest, travel outside of Cambridge, produce a book or a substantial written work, or even conduct a transition in an academic career.

English professor Elisa New, however, spent the the past year on sabbatical solely focused on developing an online, modularized version of her on-campus course. She aimed to bring Aesthetic and Interpretive Understanding 12: “Poetry in America” to HarvardX, the University’s branch of virtual learning platform edX.

According to New, who had begun the development process a year prior to her sabbatical, the effort required to deliver her course’s brick-and-mortar experience to an open, online classroom demanded her full attention.

“I’m working my brains off during this sabbatical,” New said. “I took two semesters [off] at half pay, and I work harder for half pay than I work for full pay…I’ve been working harder in the last few years than I ever remember working.”

New’s decision to take leave deviates from the path of other Harvard professors who have also volunteered to create online courses. For his part, classical Greek literature professor Gregory Nagy said at the time that he added 25 hours per week to his teaching and research workload and received no additional compensation when he produced CB22x: “The Ancient Greek Hero” in the spring of 2013.

Since its founding by Harvard and MIT in 2012, edX has expanded to include 39 university charter members and to host more than 500 courses on its platform. But what has remained constant is that by and large, Harvard faculty members do not receive monetary compensation from HarvardX, although some receive varying levels of support from their individual schools.

Concerns about the discrepancy between the work necessary to create a HarvardX course and an associated form of compensation, or lack thereof, have led professors to question the long-term sustainability of Harvard faculty participation in virtual course development.

History of Science professor Peter L. Galison, who spearheaded the HarvardX course based on Science of the Physical Universe 17: “The Einstein Revolution,” said he underestimated the endeavor of planning, developing, and publishing a HarvardX course, a reality commonly acknowledged among HarvardX professors.

“The course took a couple of years to make,” Galison said. “It was much more work than I thought it would be. It’s really two years of work, a huge amount of advance work that had to be done.” 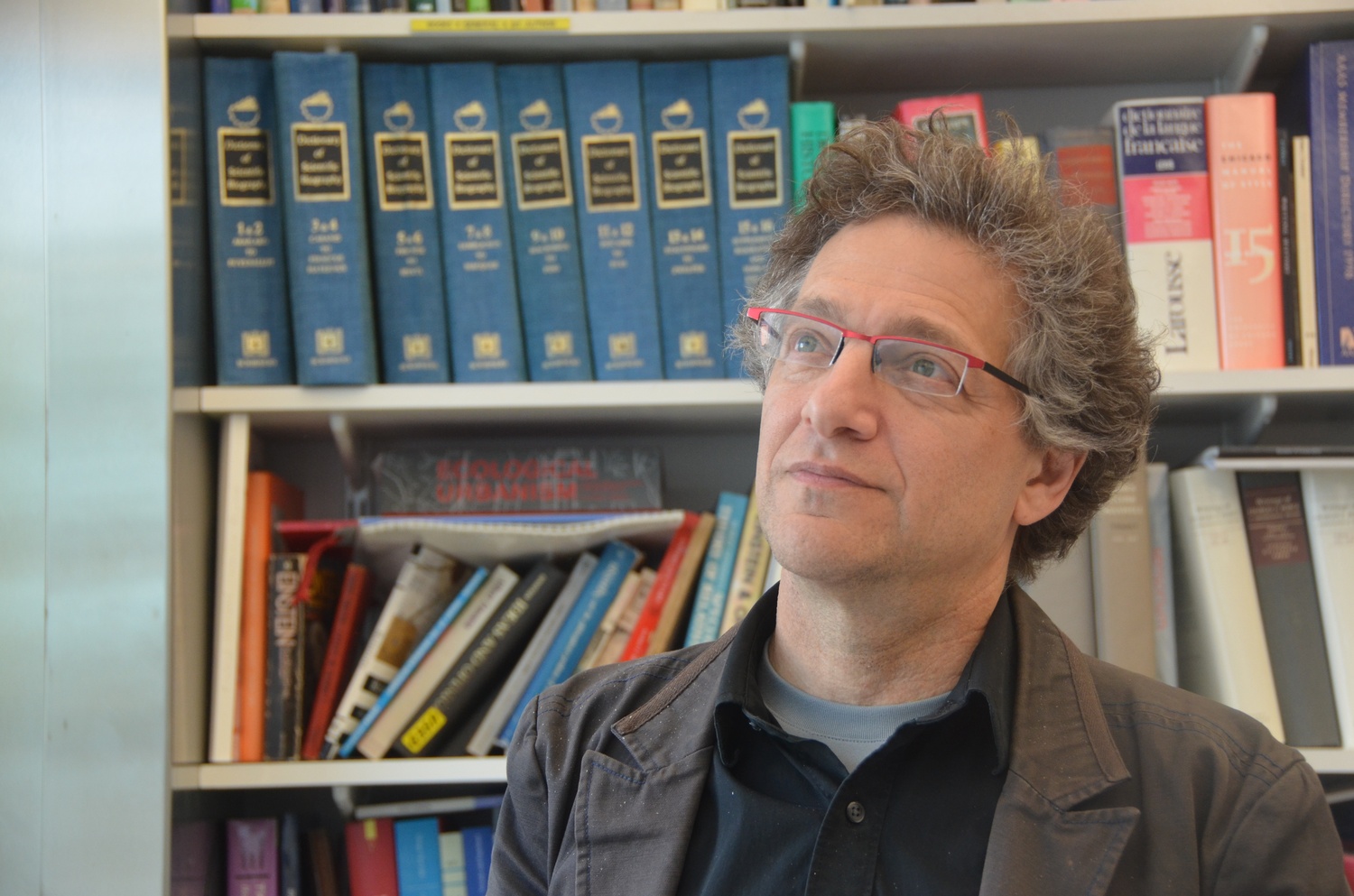 According to History professor William C. Kirby, former dean of the Faculty of Arts and Sciences and one of the instructors for “ChinaX,” launching a HarvardX class can place additional burdens on a faculty member’s workload, especially considering that development frequently occurs in tandem with on-campus teaching and research responsibilities that HarvardX faculty maintain.

“The time it takes to start a new online course was in our experience the equivalence of at least the time it would take to launch two altogether new courses in the College,” Kirby wrote in an email.

Some HarvardX professors doubt that these efforts are worthwhile when only about 5 percent of registrants who do not pay a fee for ID verification complete their online course, a reported rate based on two years of edX course data.

“If you asked me, would I do it another year, if it took the same amount of time for the same amount of student impact, I think the answer is likely to be no,” said Kennedy School of Government professor Graham T. Allison ’62, who also instructs HarvardX course “Central Challenges of American National Security, Strategy, and the Press.”

NOT ABOUT THE MONEY

At the same time, the usually unpaid effort to create a HarvardX course has not deterred some faculty members from eagerly taking up the endeavor, which involves submitting a competitive proposal to HarvardX that details the scope of their course, logistics, and research objectives.

HarvardX professors did agree that they did not pursue the online course development process for financial benefits. Rather, they considered the opportunity to enhance their on-campus classroom experience via elements created for the online courses a top priority. 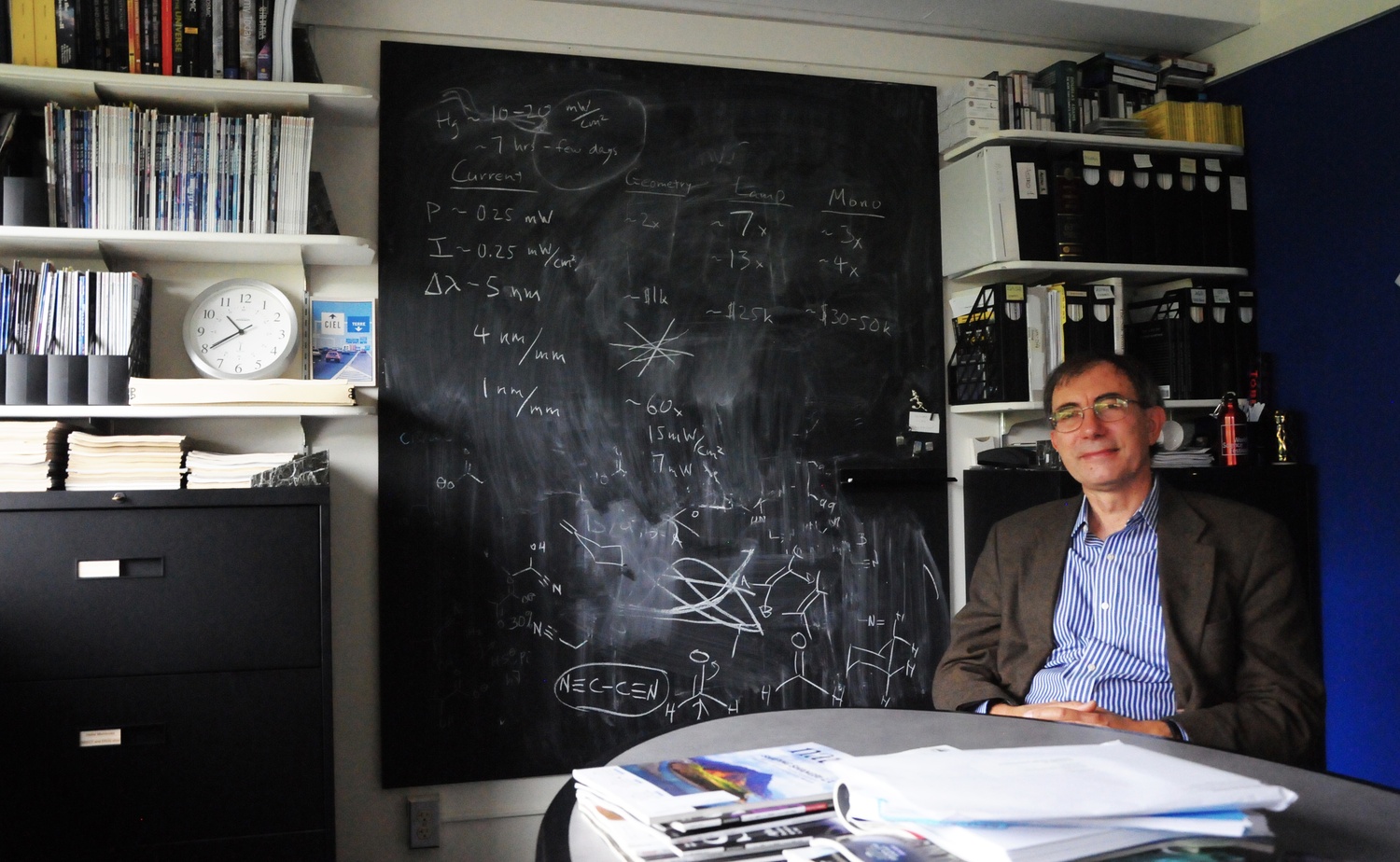 In Astronomy professor Dimitar Sasselov’s course, SPU30: “Life as a Planetary Phenomenon,” students utilize materials from his HarvardX course, “Super-Earths And Life,” in homework assignments, so more classroom time is devoted to discussion and interactive engagement, rather than the traditional lecture format.

“My opinion is anything we do as faculty should first and foremost take care of students in residence,” Sasselov said. “The time I spent developing my HarvardX course is used to improve my residential course.”

Expanding beyond a localized University impact, some HarvardX professors said providing educational resources at no cost to those interested prompted their involvement. Sasselov added that the creation of a free, online course can be compared to writing a magazine article targeted at the general public, a common form of outreach for scientists, because neither generate revenue but both represent meaningful investments of a public intellectual’s time.

Nagy echoed Sasselov’s sentiment, emphasizing an aim to “get the word out” about classical Greek literature.

“I want to put my non-money where my mouth is… I’m just passionately interested in education not becoming stratospherically expensive, and something that the only the elites can have,” Nagy said. 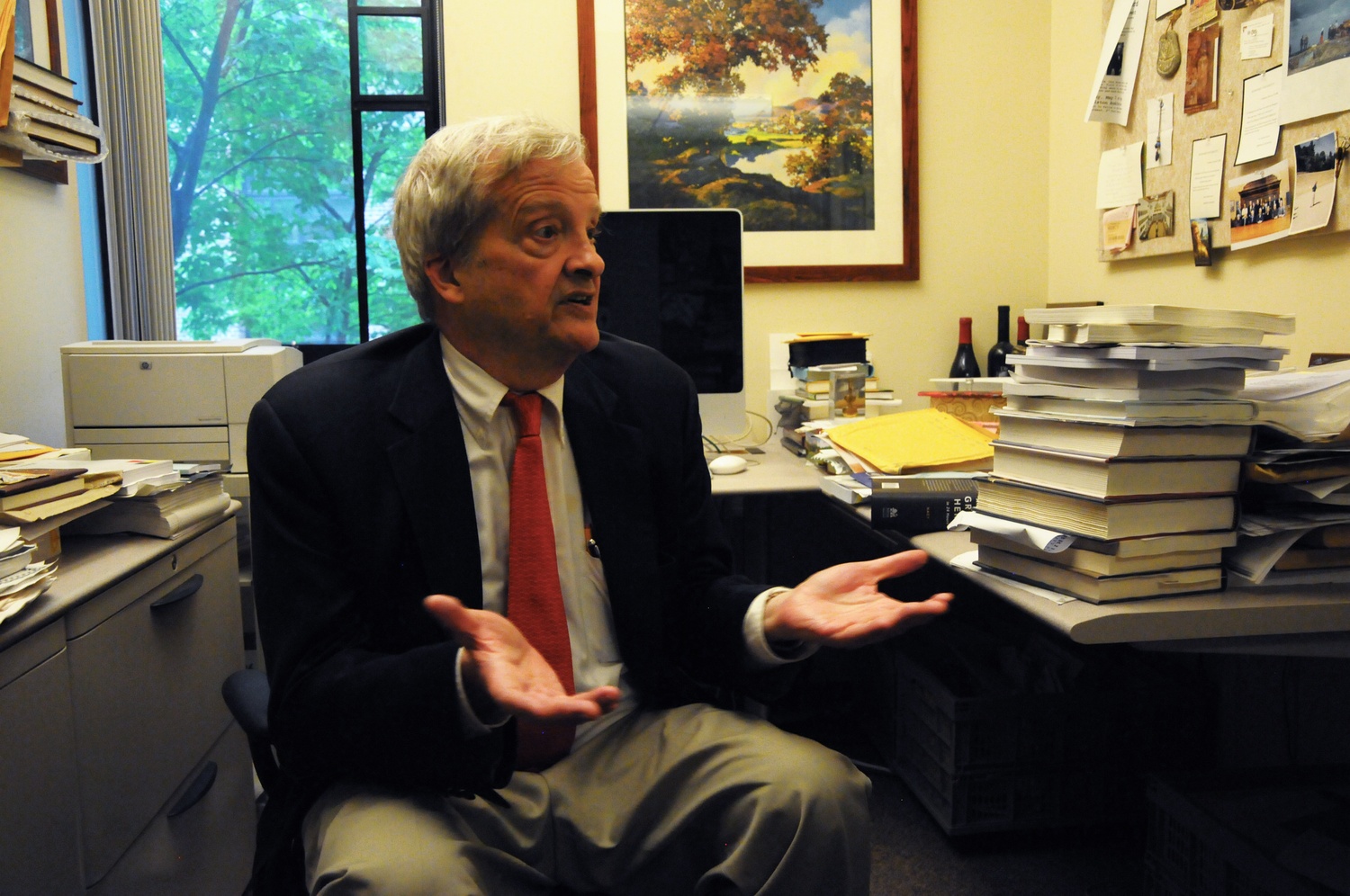 The number and diversity of students enrolling in HarvardX courses—more than 2.7 million students had registered in 195 countries as of May 2015—have also proved attractive to professors.

Professor of East Asian Languages and Civilization Peter K. Bol, who also leads the office that oversees HarvardX, instructs “ChinaX” and said the 40,000 of his online registrants represents a number far greater than that he could ever teach in person over his lifetime.

With Harvard faculty members putting in considerable time and energy into creating online content, they have raised the question of whether they should receive payment for their work.

Bol said individual schools over HarvardX have the choice to additionally compensate their professors who instruct on the virtual platform.

“We [HarvardX] would bust the bank if we were to try to take responsibility for compensating faculty,” Bol said. “What we’ve said is that it’s up to the schools to compensate faculty.” 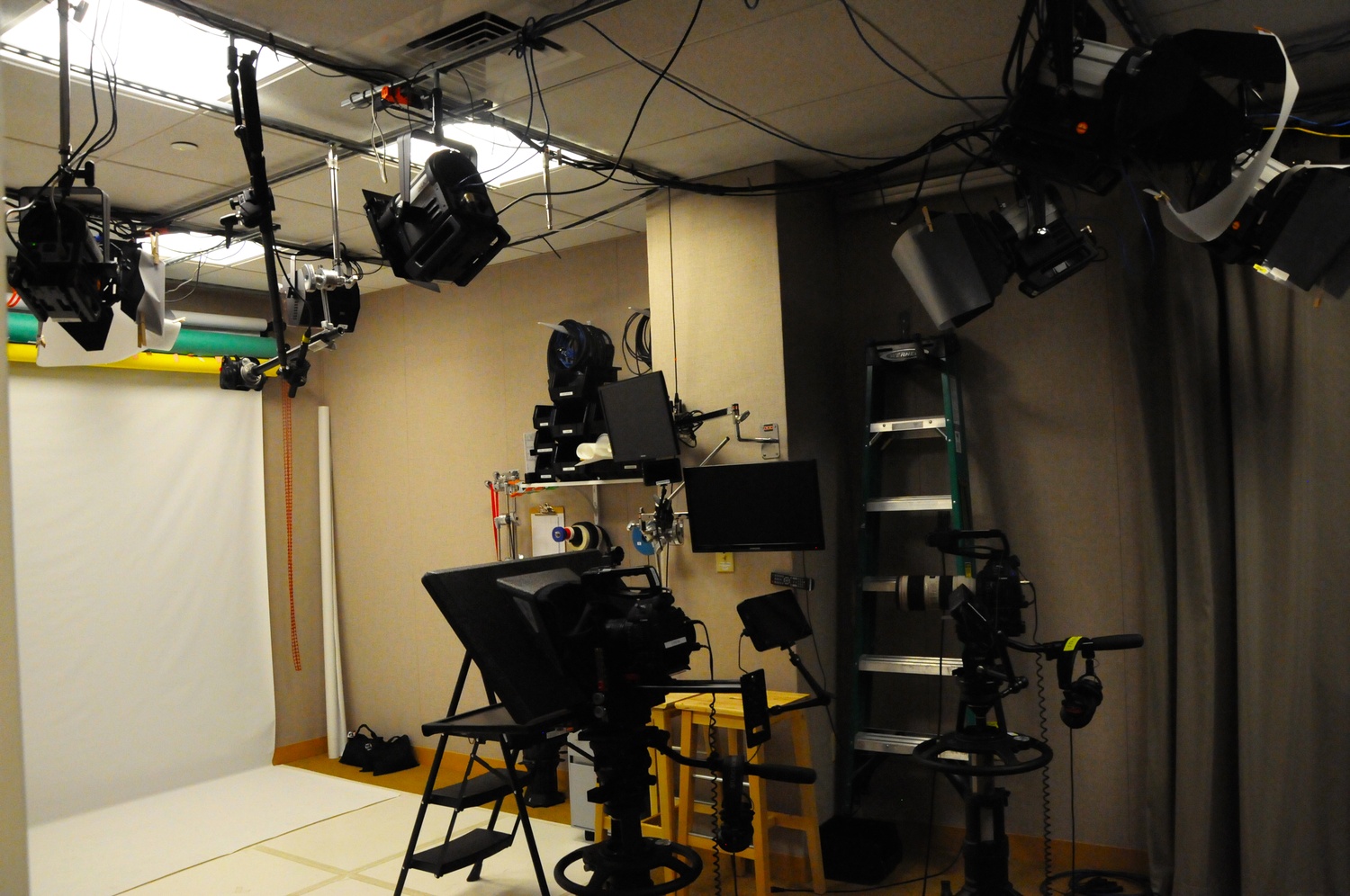 Professors film in the HarvardX studio. By Michelle M. Ng

At the Faculty of Arts and Sciences, professors who teach on HarvardX currently do not receive any form of compensation. FAS Dean Michael D. Smith said the school will have a “more explicit compensation model” after he discusses with faculty “our strategic vision now that we've had some experience in this space.”

The compensation model varies at other schools within the University. For Ashish Jha, a professor at the Harvard School of Public Health with a HarvardX course on global health, he said his teaching load was reduced by a half course by the school as compensation.

Similarly, Harvard Graduate School of Education professor Richard Elmore said he developed and taught his HarvardX course “Leaders of Learning” as part of an agreement that it would be part of his course load.

Elmore added that he raised the issue of compensation when asked to develop a second version of the course and was told that HarvardX would support production and research assistance but not faculty compensation. 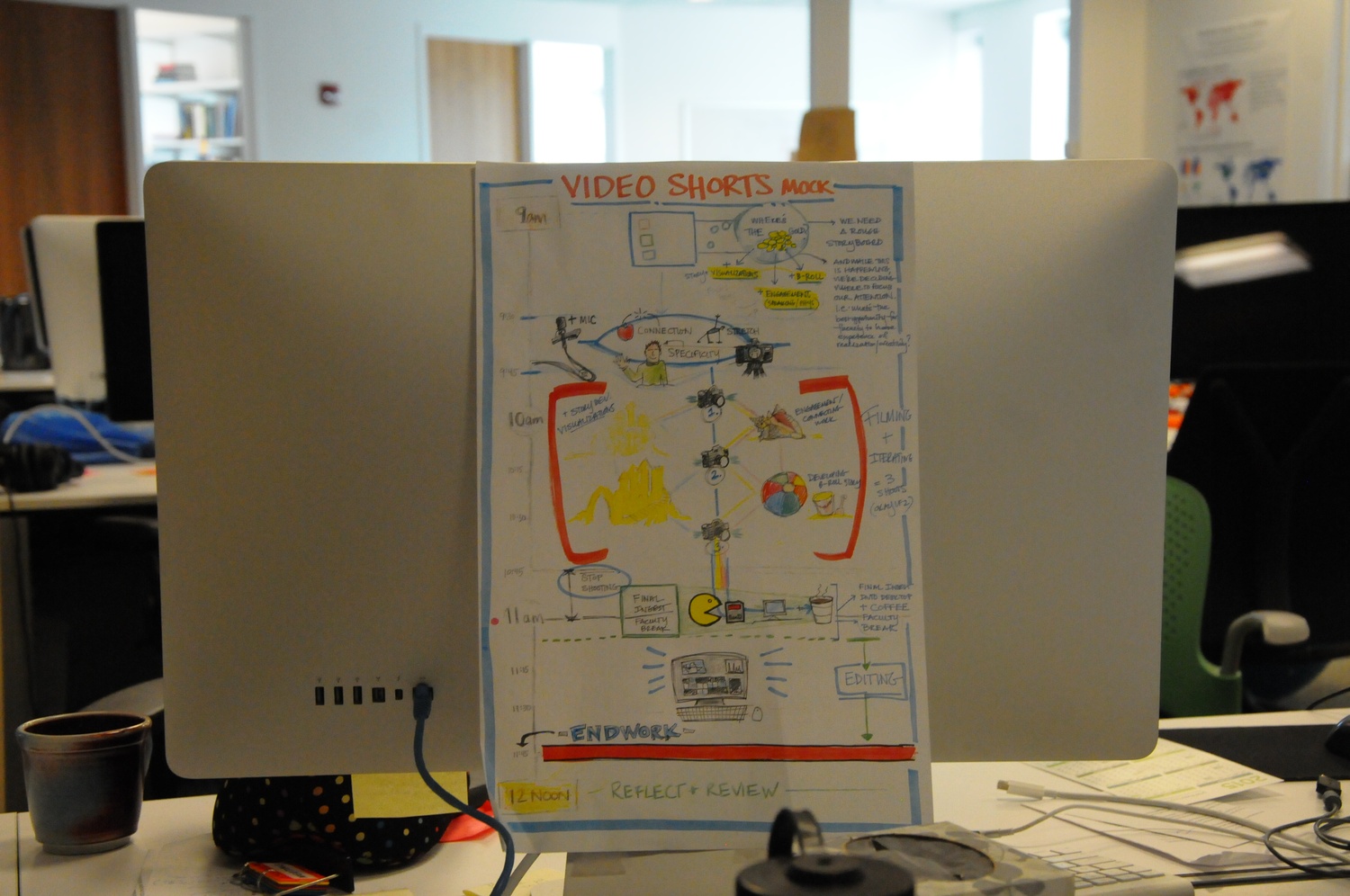 Editors and producers at HarvardX work with professors to develop their online courses. By Michelle M. Ng

“I understand that the HarvardX business model is still a work in progress, but when faculty put considerable effort and creativity into the design of courses, it seems exceedingly odd to have no arrangement whatsoever to compensate faculty, other than released time from regular teaching,” Elmore wrote in an email.

Many professors said the current “volunteering” model—where HarvardX relies on individual initiative of faculty members to develop courses—is not sustainable.

“The organization can't seem to figure out how to acknowledge the faculty's intellectual property other than by reductions in teaching loads,” Elmore wrote in an email. “I don't think this model would generate a passing grade in entrepreneurship 101 at [Harvard Business School]."

Debate and uncertainty over virtual education compensation models goes beyond Harvard’s gates, with edX partner institutions varying in their approach. According to Guy M. Rogers, a Wellesley professor who teaches an edX course on Alexander the Great, Wellesley College gives faculty members nonmonetary forms of compensation, such as a reduced course load.

At Cornell, each department receives a grant to support professors instructing online courses with teaching assistants and reduced administrative responsibilities, according to Cornell professors Marianne E. Krasny and Andrew Chignell.

Still, professors at the University of Texas at Austin and Colgate say they have yet to receive any form of compensation and are unsure of whether they will. Indeed, at UT Austin, the faculty and the university have been negotiating a contract for the past two and half years on potential sharing of revenues generated by online courses, according to UT Austin Computer Science lecturer Maggie Myers.

“It’s definitely at an experimental stage, and we should expect lots of missteps and chaos and confusion,” said Michael P. Starbird, a UT Austin professor teaching an edX mathematics course. “Nobody yet knows what the right models are.”