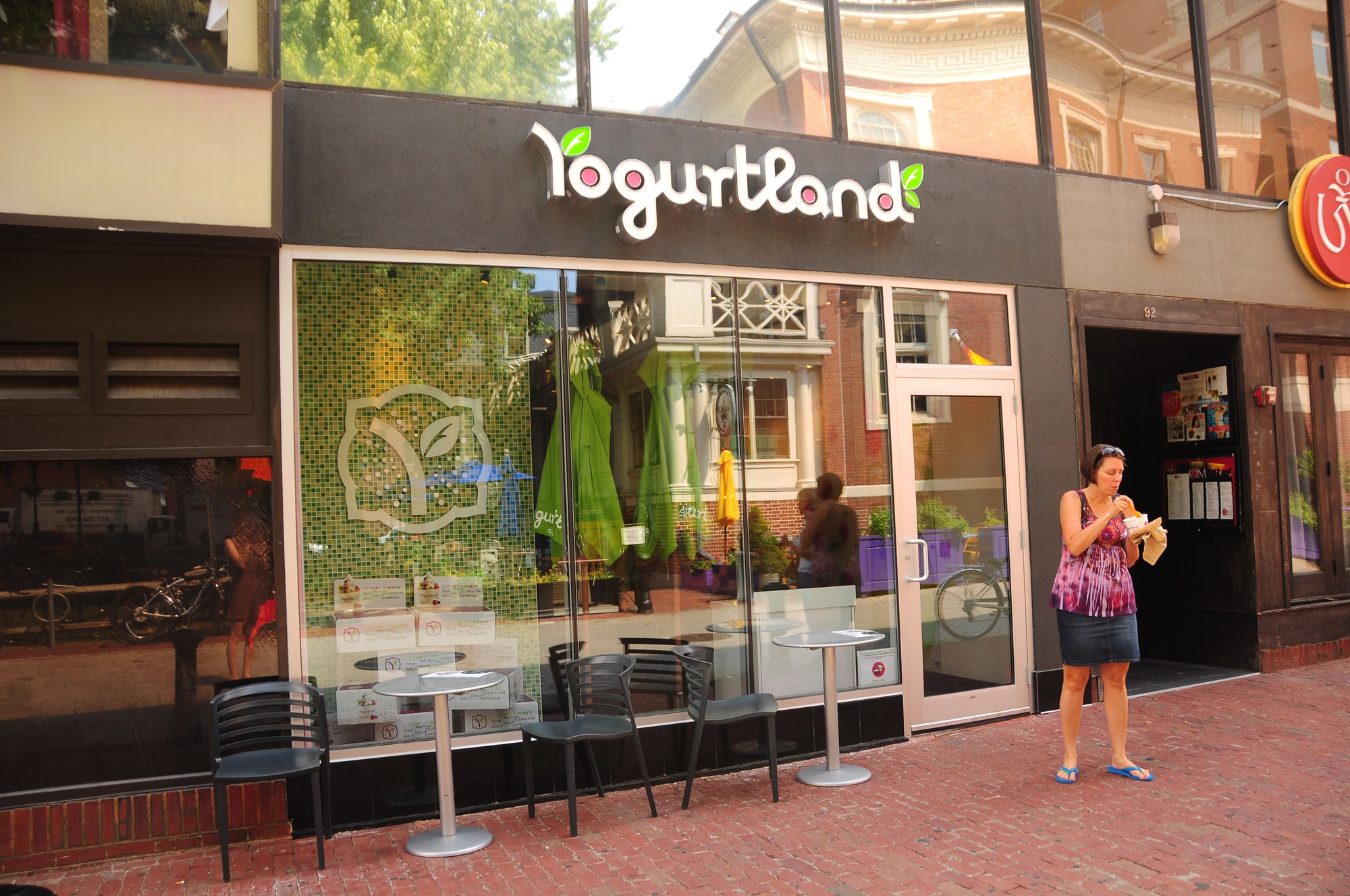 The Harvard Square location of Yogurtland, a self-service frozen yogurt store, has shuttered its doors after two years of operation. A small but passionate and vocal group of longtime student-patrons who frequented Yogurtland while it was in business described themselves as heartbroken over the closure. 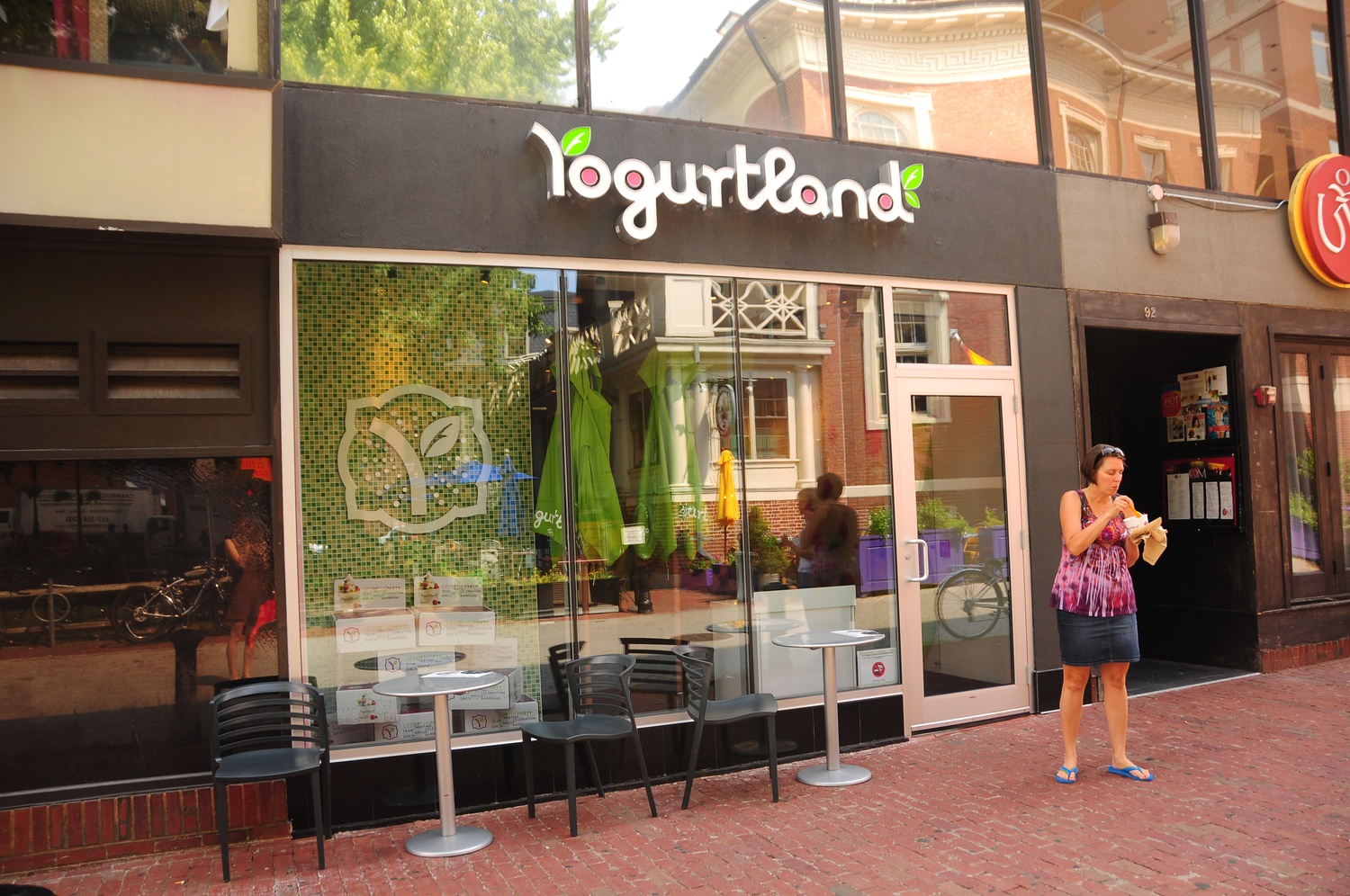 “I was actually devastated. I was genuinely devastated. Yogurtland for me as a freshman, was a place of solace,” said Lulu S. Chua-Rubenfeld ’18.

Unlike other frozen yogurt options near Harvard Square, Yogurtland was self-service style and featured a wall displaying 16 flavors and a bar with more than 60 options for toppings.

“Pinkberry is not self-serve, you've got all these complications of lines, you don't get immediate access to the yogurt, it's hard to sample,” Jon D. Young '16 said. “The same issues plague the Berryline, the J.P. Licks, and what have you.”

Young is a platinum level member of the rewards program, a distinction he earned after consuming more than 240 ounces of frozen yogurt over the course of his frequent visits to the store.

“Yogurtland was the holy place for me,” Young said. “My temple, if you will.”

The affordable price and wide range of flavors was particularly appealing for college students, some students said.

“There is really no price point that excludes the consumer from walking into Yogurtland and enjoying a tasty treat,” Young said. “There's a flavor for everyone...It is far more egalitarian than any other framework of yogurt service in Cambridge at the moment."

Chua-Rubenfeld agreed, saying, “I was really upset when I heard it closed because Berryline and Pinkberry are very expensive and not self-serve.”

“I didn’t want to wait forever,” said Patrick H. Pan ’18, which he said was a common experience at the “super crowded” Pinkberry located on Massachusetts Avenue. He also added that he was a fan of the berry water offered for free.

The chain, which opened its first store in 2006, is based in Irvine, Calif. Amidst high growth in the popularity of frozen yogurt, Yogurtland expanded to locations throughout the United States and internationally, although its presence is still strongest on the West Coast.

To Derek E. Ponce ’18, who is from California, Yogurtland’s frozen yogurt options were a sweet reminder of home.

“We have a lot of [Yogurtlands] out there, so that was kind of like a nice way to like keep some California here,” he said.

Despite the closure of the Harvard Square location, some students managed to find a silver lining in the situation.

“I may have lost Yogurtland in Cambridge, but I know that it's out there representing around the country,” Young said. “I pray for its corporate success.”

—Staff writer Sharon Yang can be reached at sharonyang@college.harvard.edu.

An earlier version of this article misstated the middle initial of Jon D. Young ’16.