News analysis: Internal report shows that some fundraising areas are behind the full campaign 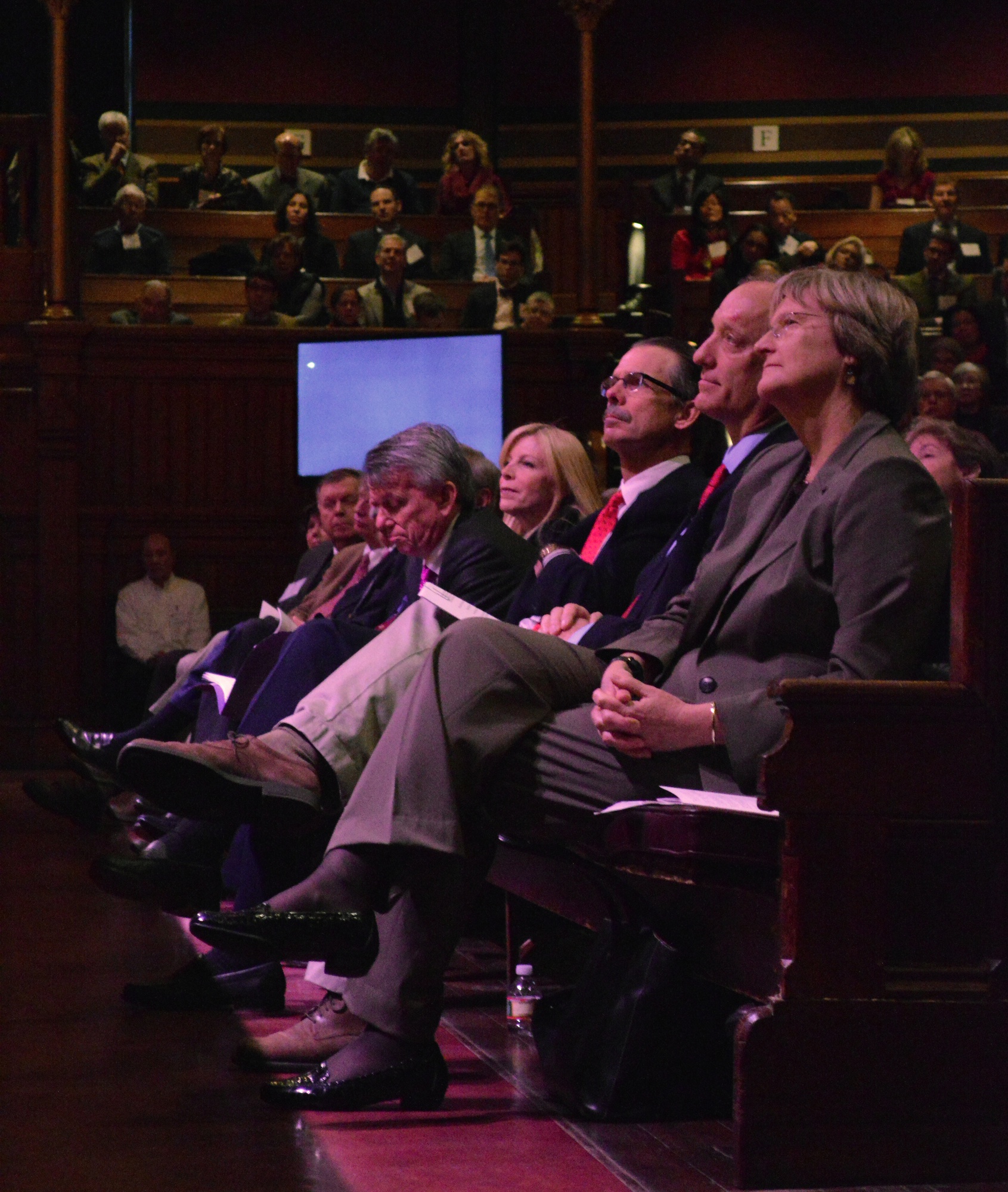 Just two years after Harvard set an official capital campaign target of $6.5 billion, a would-be record for higher education, the University has brought in more than $6 billion in gifts and pledges, 92 percent of its objective. 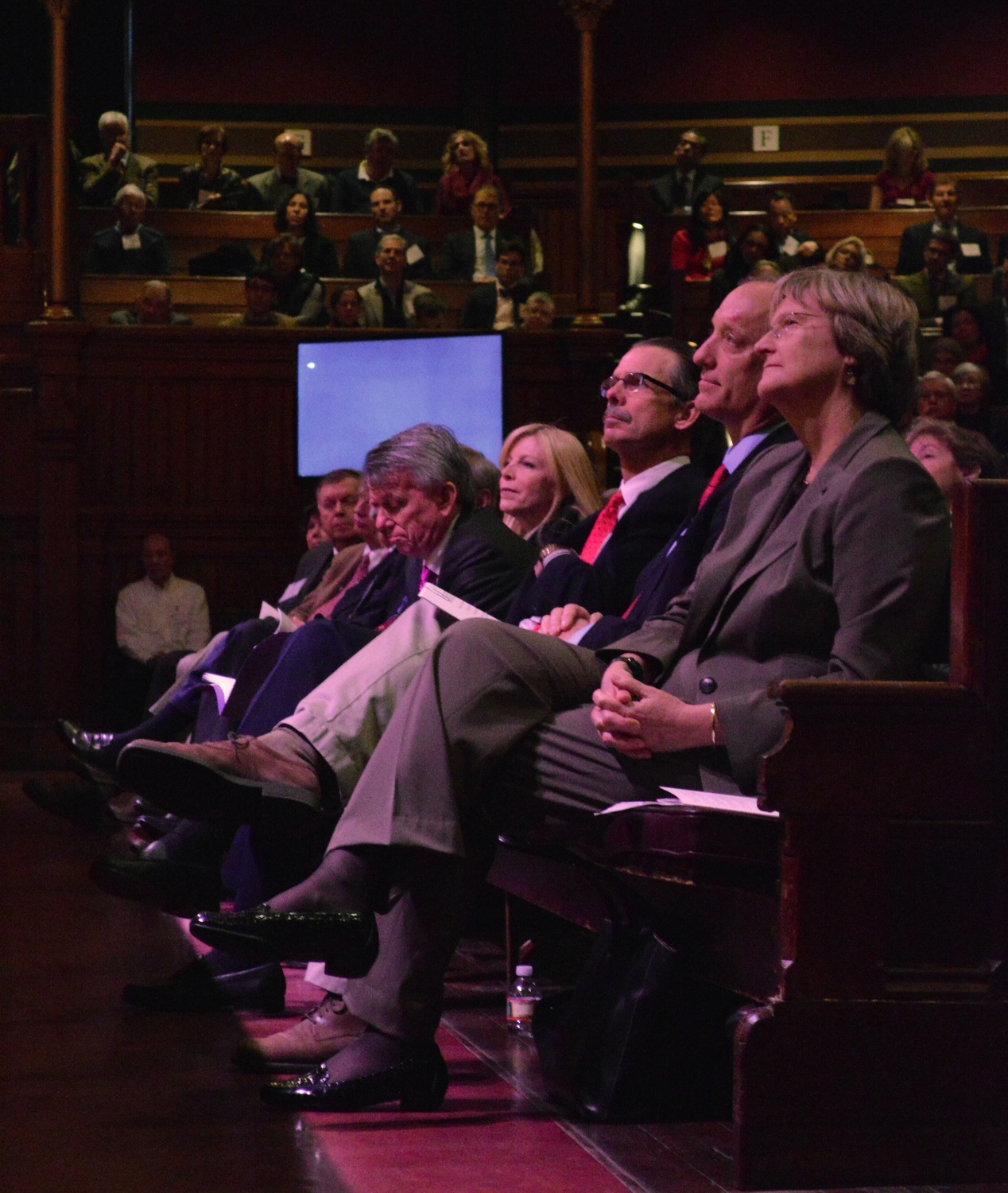 With three years of fundraising left, the question is not “if,” but “when” Harvard will reach its public goal.

“I think that most of the administrators felt that…way deep down they expected to exceed their goal,” said Mitchell L. Dong ’75, a top donor of scholarships to the College. “I think they’ll blow by their goal and exceed it, by who knows how much.”

Starting with a nucleus of $2.8 billion in gifts and pledges, the public phase of the Harvard Campaign launched in 2013 and promised to be the most ambitious fundraising drive any university had ever undertaken. Now, just two years later, Harvard has reached a new, record tier of giving. Ahead of schedule, it seems poised to pass Stanford, which raised $6.2 billion in a drive that ended in 2011, to become higher education’s most valuable campaign.

In the past, other schools in Harvard’s position have raised their campaign targets to adjust to giving. Last week, though, University President Drew G. Faust said upping the goal—less than $500 million away—was not in Harvard’s plans. Instead, the University’s ninth-year leader said she hopes to refocus the drive not on a total amount, but instead on achieving its component priorities.

This week, an internal report shared among top donors about the Faculty of Arts and Sciences’ portion of the campaign, sent to the FAS campaign’s steering committee and obtained by The Crimson, shed some light on those areas that might need more attention. While the School of Engineering and Applied Sciences had surpassed its $450 million goal by $140 million, another objective, “Leading in Learning”— an initiative focused on enhancing the teaching experience through technology—has raised only $62 million of its $150 million goal, according to the report dated Aug. 31.

More notable is the House renewal priority, which so far has raised less than half—$197 million—of its $400 million goal. Harvard has already scheduled the renovation of Winthrop House in 2016-2017 and the renewal of Lowell House in 2017-2018, and administrators previously estimated that House renewal will cost between $1 billion and $1.3 billion, some but not all funded by the Harvard Campaign. A message to campaign steering committee members accompanying the internal report nevertheless celebrated the “rave reviews” of renovated Dunster and confirmed that the committee will convene in the House in late October.

“I believe that the committee so far has been able to cover the work that has been undertaken so far, but obviously it’s going to take more effort,” said Peter L. Malkin ’55, a member of the FAS steering committee.

Filling in the holes of the campaign, even after it has reached its overall goal, could prove a difficult task. As Faust attempts to refocus the fundraising conversation, however, she runs against grain. Leaders of other top schools in recent years have not hesitated to up their targets mid-campaign.

At Yale, fundraisers decided to increase their $3 billion target to $3.5 billion in 2008 after they had reached $2.3 billion—about 77 percent of the goal—in the first two years of the campaign. The campaign ended in 2011 with $3.9 billion in gifts and pledges. And during a fundraising drive at Columbia, administrators decided to raise their goal from $4 to $5 billion after they brought in more than $3.9 billion from 2006 to 2010. Their campaign ultimately raised $6.1 billion by the end of 2013—an Ivy League record.

Other schools have waited until they hit their goal before raising the bar even higher. Cornell upped the ante on its $4.75 billion capital campaign by $1 billion for the final year-and-a-half of the fundraising. The campaign, set to end this December, has surpassed $6 billion.

Paul G. Schervish, the director of the Center on Wealth and Philanthropy at Boston College, said keeping momentum is a key way to sustain energy during a long campaign.

“When you have a campaign, you are already engaging your development officers and your alumni in a way of thinking and acting to raise money and to give money,” Schervish said. “There are a set of strategies that they have in place already.”

Yet the current record-holder for the biggest fundraising drive in the history of higher education—Stanford—did not raise the stakes in the middle of its campaign. Starting with a $4.3 billion objective, Stanford donors kept writing checks after the school reached its goal, ultimately raising a total of $6.2 billion.

For now, this appears to be the course Harvard is choosing, but top donors think the conversation about raising the goal is worth having—especially because it looks promising that it will be met soon.

“I think that [Harvard] should raise the goal if the commitments continue to come in at the current rate,” Malkin said.

Dong and Paul J. Zofnass ’69, a member of the elite donor group the Committee on University Resources, agreed in separate interviews.

“If the momentum is with you, you take advantage of it,” Zofnass said.

Schervish, though, suggested that the good times may not last forever.

“One of the things that happens is that they usually get the biggest gifts early on,” Schervish said. “There are diminishing returns in a campaign.”

Faust and Tamara E. Rogers ’74, Harvard’s vice president for alumni affairs and development, have both echoed that logic, cautioning in interviews that the campaign will experience slow points. They just have not happened yet.