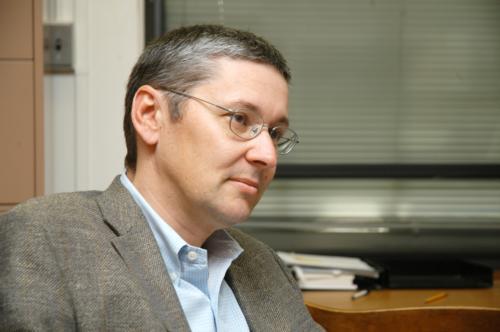 Economics professor N. Gregory Mankiw, who teaches the popular course Economics 10a: “Principles of Economics,” said he made a midterm originally scheduled for Wednesday optional. In his class Computer Science 121: “Introduction to the Theory of Computation,” computer science professor and former Dean of the College Harry R. Lewis ’68 extended the due date of a p-set by from Tuesday to Wednesday.

Mankiw said he decided to make the exam optional after receiving emails early Wednesday morning from “quite a few students” who had stayed up to watch the election, which the Associated Press officially called for Trump around 2:30 a.m Wednesday. Students wrote that it would be hard for them to take the exam given the “lateness of the hour and the bigness of the surprise,” Mankiw said.

“It was a thoroughly, surprisingly close election, and I certainly didn’t expect to stay up as late as I did,” he said. “So I understand why some students stayed up late, and why they ended up feeling pretty exhausted the next day.”

Mankiw, who said in August he would not vote for Trump, added that he did not want his students to have their grades affected because they were “temporarily impaired” by what he termed “a fairly unusual set of national circumstances.”

Other professors updated the content of their Wednesday lectures to reflect the results of the election. Some organized election-related activities for their students.

“I usually lecture because it’s kind of a big [group], or we have a combination of lecture and discussion,” Light said. “But I knew that the moment called for something different.”

History and Literature lecturer Timothy P. McCarthy ’93 said he felt compelled to “deviate from the script” during his class Culture and Belief 49: “American Protest Literature from Tom Paine to Tupac”on Wednesday, and said he grew visibly emotional as he spoke.

“This is one of those moments where we realize that the inheritance that we have been given can be very ugly,” he said. “It’s our responsibility as citizens and as human beings and as people who should be invested in each other’s well-being to rise to the historical moment… and stand up and speak up and speak out to earn our deaths with our lives.”

Some professors refrained from lecturing, instead letting their students do the talking. History professor Nancy F. Cott devoted her class History 1462: “History of Sexuality in the Modern West” to student discussion of their reactions to Trump’s win, while Women, Gender, and Sexuality lecturer Phyllis E. P. Thompson said she designated an hour of her class WGS 1225: “Leaning In, Hooking Up: Visions of Feminism and Femininity in the 21st Century” for conversation.

History lecturer Brett Flehinger said he knew right away that he would be unable to teach his class History 1433: “American Populisms: Thomas Jefferson to the Tea Party + Trump” as usual Wednesday.

“People were emotionally not in a position to learn,” he said. “Students were pretty emotionally knocked down, amount of sadness, tears, and people were clearly very exhausted.”

Philosophy professor Edward J. Hall, who teaches Empirical and Mathematical Reasoning 17: “Logical Reasoning” and also set aside time for students to discuss their thoughts the election during his Wednesday class, said he felt it was imperative that Harvard faculty members help students consider the results as “engaged citizens.”

“It’d be almost irresponsible to just pretend like nothing had happened and just said, ‘Eh, let’s just proceed with business as usual,’” he said.

Summers had a slightly different take. Had he scheduled a midterm or major assignment for the day after the election, he said, he would not have made it optional or extended the deadline. In justifying his response, he recalled a speech he gave as University President shortly after the terrorist attacks on Sept. 11, 2001.

“A couple weeks after 9/11, I gave a talk at morning prayers,” Summers recalled, referring to the short service held every weekday in Memorial Church. “I said that when we carried on our normal work of studying and learning, working and playing, that that was the ultimate way in which we triumphed and didn’t allow ourselves to be diverted from the fundamentally important things.”

—Contributing writer Lucy Wang contributed to the reporting of this story.