Pusey Minister in the Memorial Church Jonathan L. Walton took the symbolic step Monday of designating the Church a “sanctuary” space for Harvard affiliates two weeks after University President Drew G. Faust said she would not adopt the label for Harvard's campus.

In a sermon to congregants Sunday, Walton reflected on the country’s current political climate, characterizing it as an atmosphere that has alienated individuals “born in certain countries” or “of a certain religion or race.”

“If you belong to Harvard, you belong to us. More importantly, we belong to you,” Walton said. “So if sanctuary is what you seek, this is the perfect season to tell you that the Memorial Church is a place for you to lay your head.” 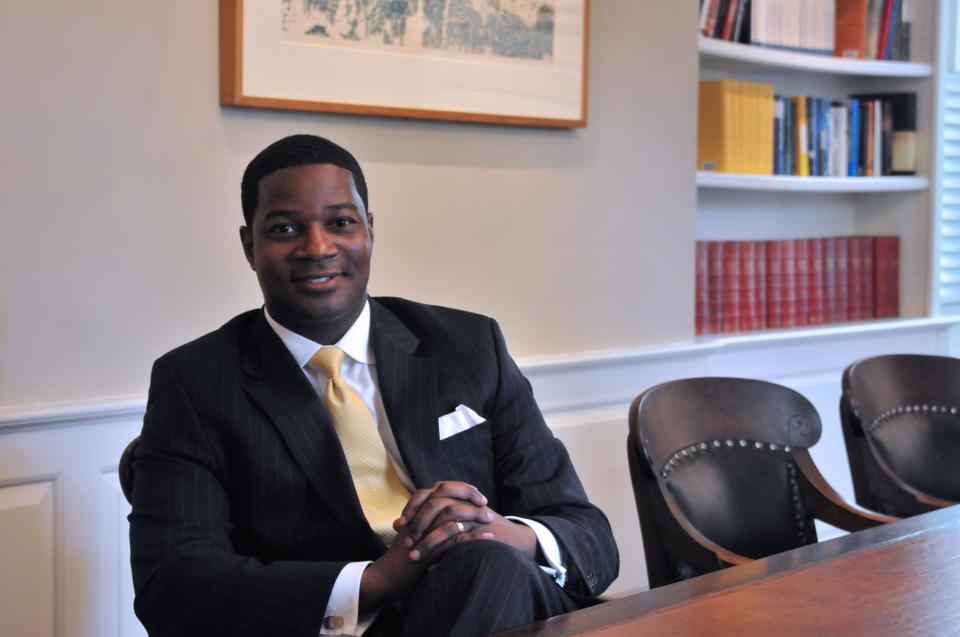 Reverend Jonathan L. Walton in 2012. By Paula I. Daniliuc

After Donald Trump's victory in the 2016 presidential election, students and faculty at Harvard have called on administrators to designate the University a "sanctuary campus"—a symbolic term indicating that the school will protect undocumented students. During the campaign, Trump proposed a number of anti-immigrant policies, including repealing protections for undocumented people living in the United States.

At a Faculty meeting in December, Faust said Harvard would not designate itself a “sanctuary campus,” arguing that the term was nebulous and does not provide concrete protections. She also said that using the label could draw further federal scrutiny to undocumented students on Harvard's campus.

"Sanctuary campus status has no legal significance or even clear definition. It offers no actual protection to our students,” Faust said at the meeting. “I worry that in fact it offers false and misleading assurance.”

At the meeting and in a subsequent interview, Faust pointed to several initiatives Harvard has undertaken to support undocumented students, including appointing a coordinator for advising efforts for undocumented students and inviting immigration experts to the College. Additionally, she reiterated a message from the Harvard University Police Department Chief Francis D. Riley, who said HUPD will not inquire about the immigration status of Harvard affiliates or actively enforce federal immigration laws on campus.

Faust said she is "ramping up" advocacy efforts in Washington D.C. under the Trump administration.

Some undocumented students and activists said they were disappointed with Faust’s decision not to adopt the label.

In his sermon, Walton said he appreciated the efforts Harvard has made to express support for its undocumented students.

“President Drew Faust has tried to make it clear, ‘wherever you came from, you are here. And if you are at Harvard, you are home,’” he said.

Harvard is not the only Ivy-League institution that has grappled with the label. Both Princeton and Brown have declined to adopt the label. Amy Gutmann '71, the president of the University of Pennsylvania, wrote in an email to students in November that the university was a "sanctuary" but did not explicitly label the university a "sanctuary campus."