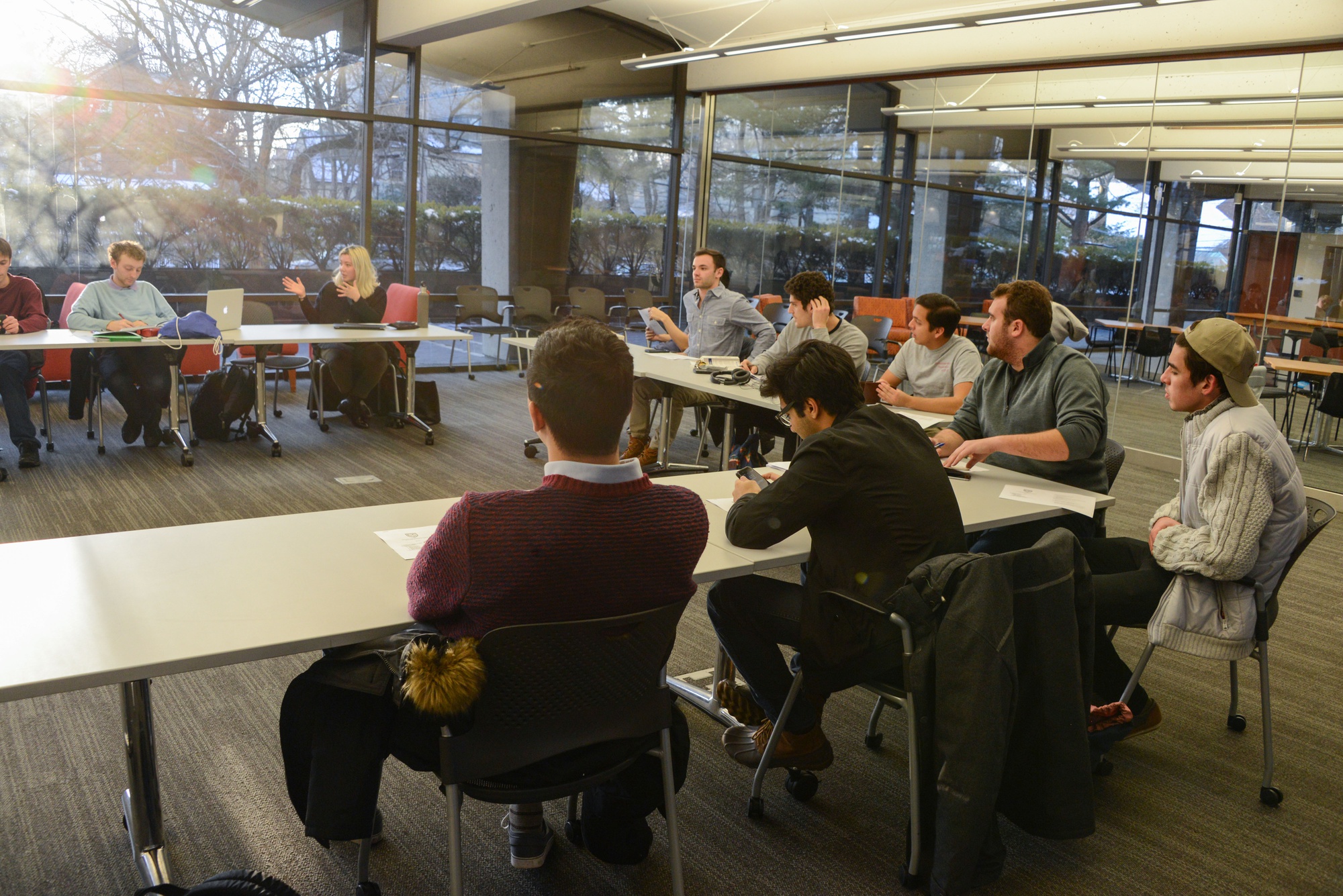 Members of the Harvard Undergraduate Council meet in the SOCH on Sunday afternoon to discuss issues and concerns raised by the student body.
By Brian P. Yu, Crimson Staff Writer

The Undergraduate Council began accepting applications for funding under its new “Grant for an Open Harvard College” on Monday, according to UC President Shaiba Rather ’17.

The grant, which is a reformed version of the Bridging and Belonging Fund created under former UC President Gus A. Mayopoulos ’15, was established by Rather and UC Vice President Daniel V. Banks ’17 earlier this month as an extension of their campaign platform to “Open Harvard.”

The new grant, funded jointly by the UC and the Office of Student Life, allocates $30,000 to students and student groups for initiatives that meet one of the four “compelling interests” that the UC voted on last week: mental health, sexual assault and harassment, race relations, and social spaces.

“Anyone on this campus can apply,” Rather said during the UC’s general meeting Sunday. “We obviously favor collaborative efforts, but whether that’s a blocking group in Mather or a collaboration between HASA and SAA, we’re really looking for innovative initiatives,” referring to the Harvard African Students Association and the Harvard South Asian Association, respectively. 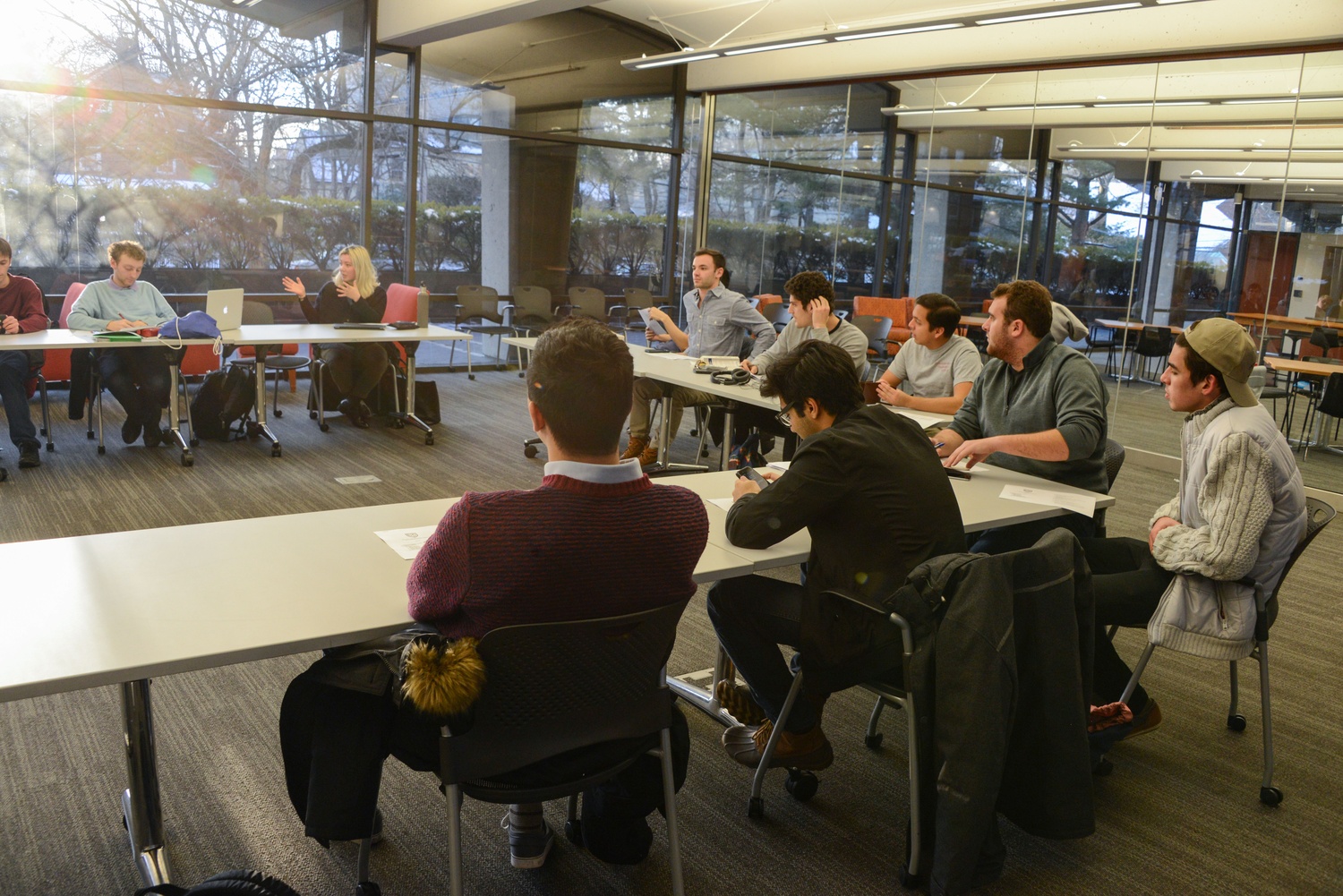 Members of the Harvard Undergraduate Council hold general meetings each Sunday afternoon in the SOCH. By Xenia O. Viragh

Undergraduates will be able to apply for funding under the grant through the UC website, according to Rather.

In its previous form, the Bridging and Belonging Grant was “completely underutilized,” Banks said last week.

“It’s really important that everyone knows about it,” Rather said. “We really want this to be effective.”

Under the Finance Committee’s current policy, ticketed events that receive UC funding must provide “a minimum of 10 tickets to be distributed by lottery for free to the student body.”

In fall 2014, TEDxHarvardCollege requested $3,000 from the UC’s Finance Committee and did not receive any funding.

“I remember speaking out against funding TEDx last semester,” UC representative Daniel R. Levine ’17, an inactive Crimson editor, said. Levine identified the cost of attending the event as a contributing factor in his decision.

Ultimately, the Council voted against funding TEDxHarvardCollege this week—an atypical move from a body that typically approves grant packs without amendment—with the possibility of re-visiting the funding at a later date.

The Council funded about $7,000 to other student organizations this week, an increase from the past two weeks.

“Something that administrators told us wasn’t feasible has been accomplished by our amazing freshmen,” Gonzalez said. “The Matthews freshman dorm will have laundry machines installed this coming summer. Now, residents of Matthews won’t have to walk across the yard to wash their stuff.”