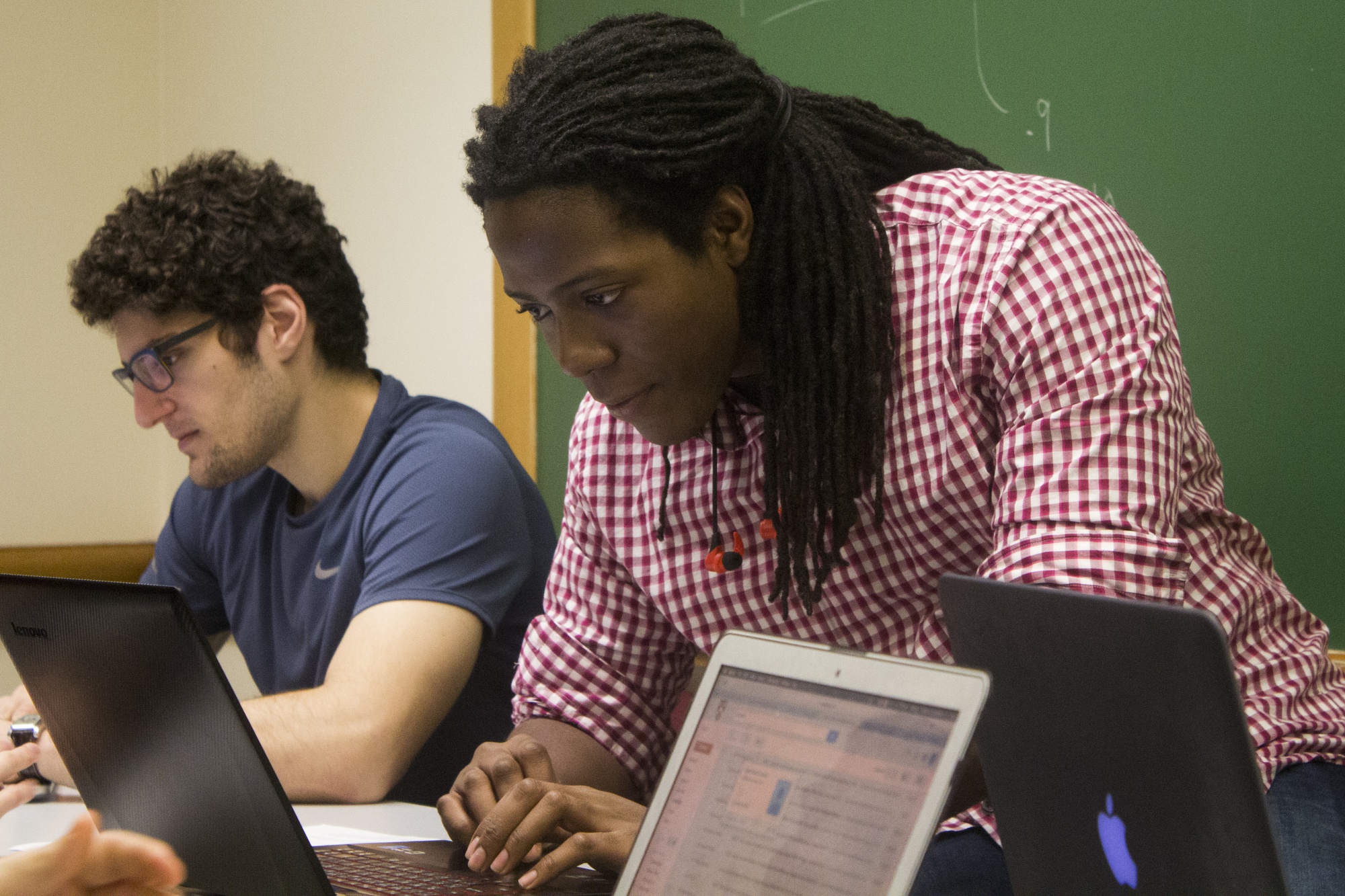 The committee voted unanimously to pass the proposal, entitled the “Open Theatre Budget Ordinance of 2016,” during a meeting Wednesday evening. Finance Committee Chair William A. Greenlaw ’17 said he designed the legislation to address the increasing amounts of money the UC has allocated to theater productions in recent years. 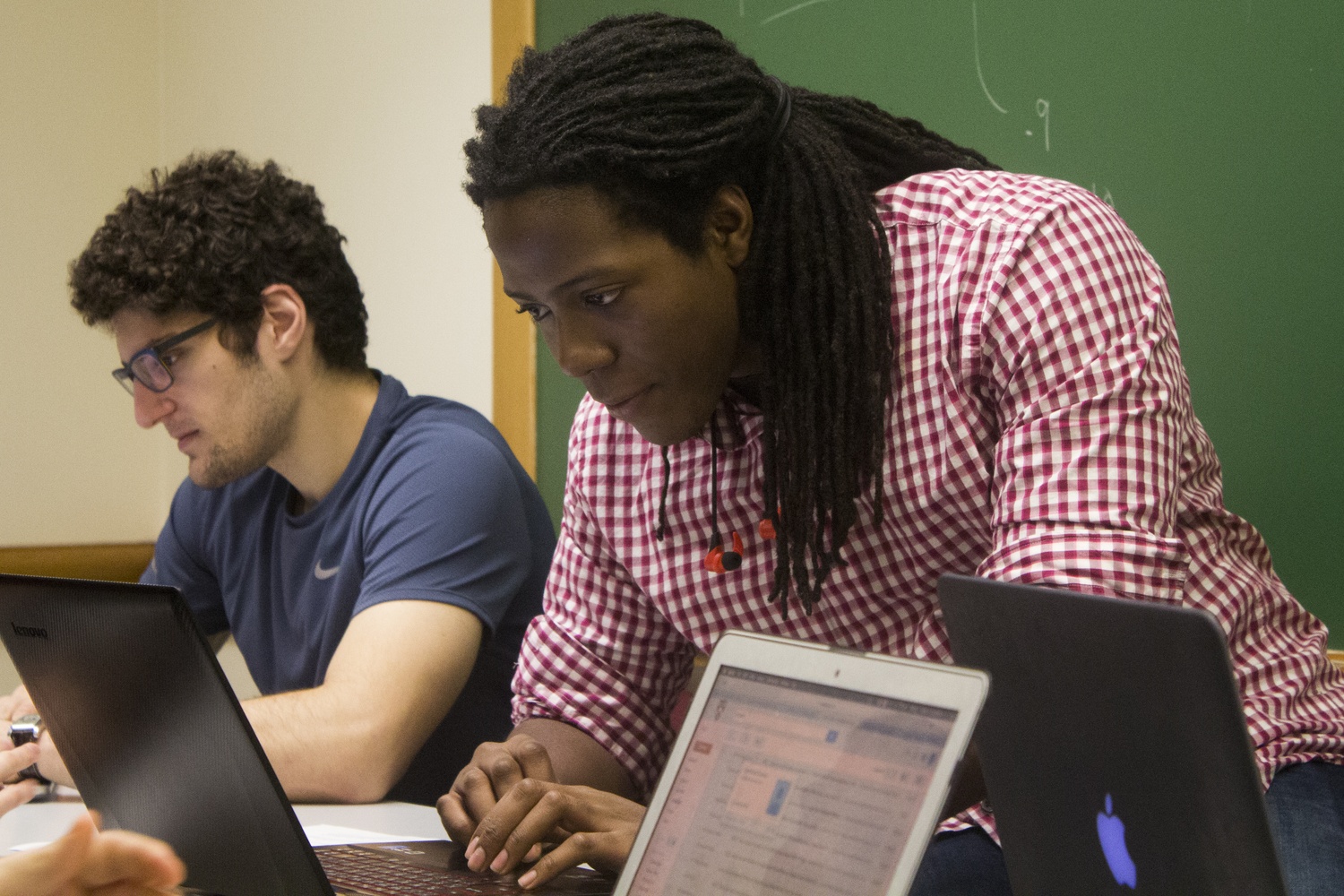 Greenlaw said that during the 2014-2015 academic year, the UC invested a record sum in theatrical productions on campus, and projected that at the current rate of increase, the UC would allocate an additional $5,000 to theater groups this calendar year, potentially diverting funding away from other student events.

“Given that the average non-theatrical event in Fall 2015 received $164.31, this projected increase would crowd out 30 other campus events or more per semester starting in Fall 2016,” the legislation stated.

The UC will now cap funding to theater groups at $16,500 this semester as a pilot program and introduce an additional $5,000 for groups that align their performances with the UC’s “compelling interests,” according to the approved legislation.

Current Finance Committee policy caps funding for theatrical performances at $1,000 each, but places no cap on the total amount of theater funding that the UC can allocate each semester out of its grants budget, which generally hovers around $300,000 in total.

In addition to the $16,500 semesterly figure, an additional $5,000 fund, called the “Compelling Interest Theatre Budget,” will be made available to theatrical productions whose themes align with the UC’s current compelling interests: mental health, sexual assault and harassment, race relations, and social spaces. The compelling interests, proposed by UC President Shaiba Rather ’17 and Vice President Daniel V. Banks ’17 and passed by the UC, are also at the core of the Council’s separate $30,000 “Grant for an Open Harvard College”. 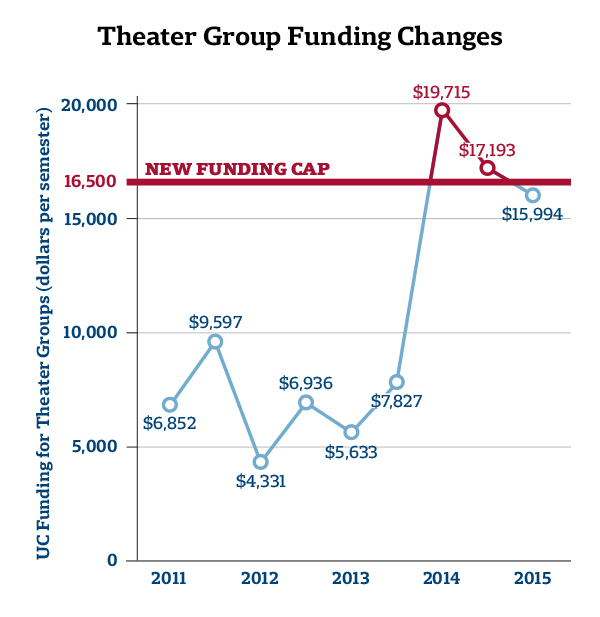 “I think in some sense it’s really good,” she said. Still, Ribeiro said theater organizations have already made efforts to focus on the subjects the UC is promoting.

“I think our theater community, by the nature of what's happening on our campus, is becoming increasingly aware of these issues,” Ribeiro said. “A lot of the shows that are being put up this semester are ones that are about sexual assault, issues of race, and that just happened without any financial incentive.”

Ribeiro also raised concerns about whether the $16,500 semesterly cap on funding would be sufficient for theater organizations on campus.

“Normally it’s the standard for you to get $500 from the Office of Fine Arts and then $1,000 from the UC,” she said. “So this basically means that only 16 and a half shows can get the funding, and we do over 20 shows a semester easily.”

HRDC President Aislinn E. Brophy ’17 expressed similar concern over the funding cap, arguing that smaller shows in particular could be threatened by the policy.

“It really means that we’re going to have to reassess what it’s going to mean for our smaller productions,” Brophy said.

In response to such concerns, Greenlaw said he doesn’t expect any theater groups to lose out on funding this semester from the cap.

“The aggregate amount of money we budgeted for this pilot program far exceeds what folks have asked for,” Greenlaw wrote in a message. “I don't see any organization receiving any less money than they normally would have gotten had this policy never been invented.”

Brophy criticized the UC’s decision, which she said was made without the input of theater groups.

“It seems to have been a fairly closed decision that the UC made without directly consulting anybody who is very affiliated with theater,” Brophy said.

Greenlaw said he would be willing to have a discussion with theater organizations in the future, should demand for theater funding continue to increase.

Some theater leaders also questioned scheduling changes that will go into effect under the new policy. The new policy will require all theater productions requesting funding to interview with the Finance Committee on a single designated date during the semester. Under the prior model, theater organizations could request funding at any point during the academic year.

“It’s strange,” freshman musical producer Henry M.N Brooks ’19 said. “If there’s not enough money for all the shows, then the shows have to justify [their grant requests] against each other.”

“That feels like competition in a way that HRDC and theater at Harvard isn’t supposed to feel like,” he added.

During Wednesday’s meeting, Greenlaw recognized potential concerns from theater leaders over the new policy, but defended the UC’s right to control funding procedures.

“We are not infringing on people’s theatrical freedom,” Greenlaw said. “It’s entirely within our purview to encourage organizations to thematically link what they’re doing to what’s important to the college’s campus. That’s because the UC serves the undergraduate body at large.”

The theater legislation is the second major finance reform the committee has passed this month, following an earlier ordinance to mandate sexual assault training for organizations seeking large grants.