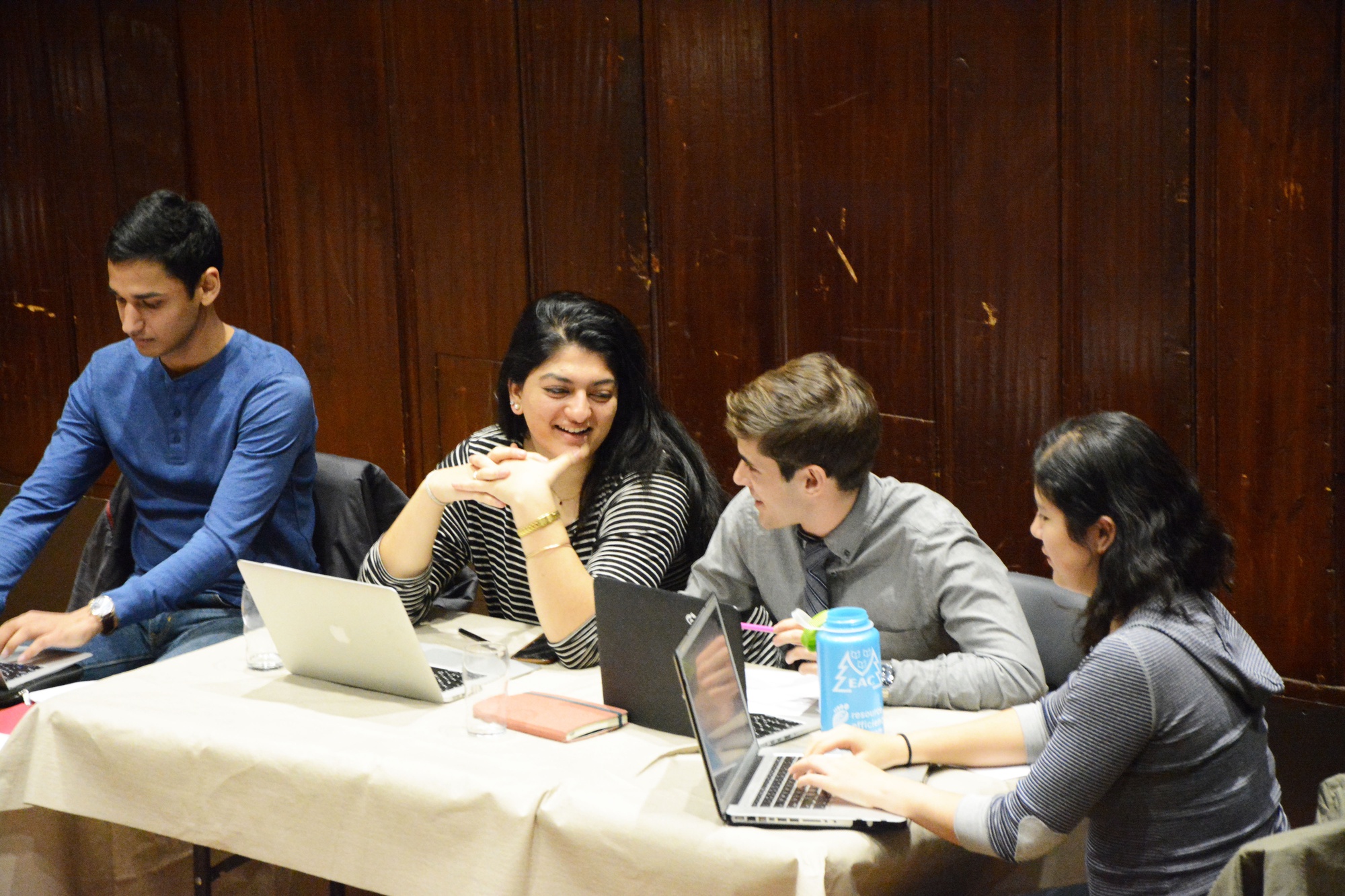 Student organizations requesting high levels of Undergraduate Council funding will be required to send executive board members to sexual assault prevention training under a new ordinance passed by the UC’s Finance Committee.

Seven members of the committee voted unanimously Wednesday to pass the legislation, entitled “The Finance Committee Sexual Assault Prevention Ordinance of 2016.” William A. Greenlaw ’17, the chair of the committee that allocates more than $300,000 to student organizations each year, said he proposed the legislation in response to growing concerns over Harvard’s sexual assault climate. 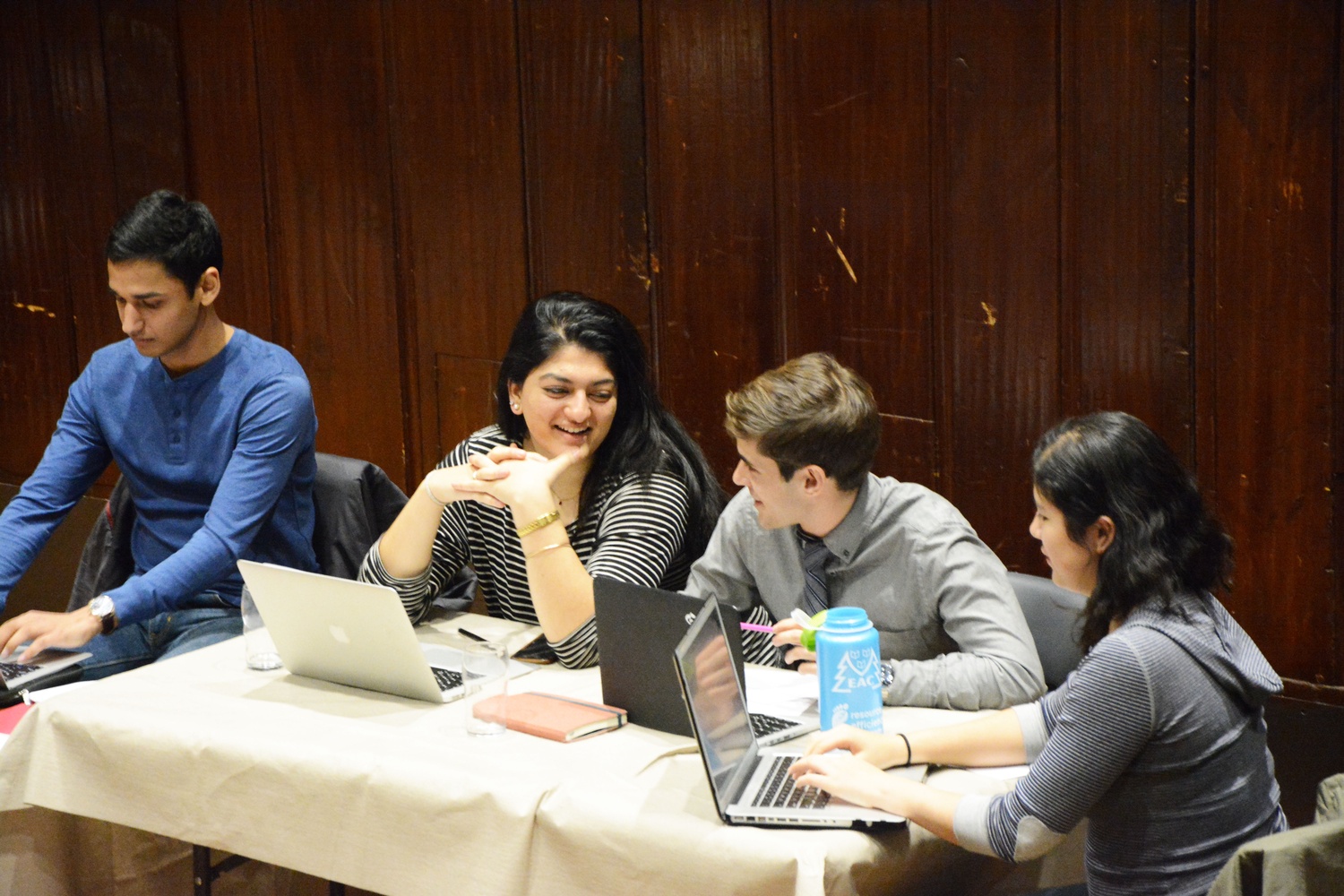 “The issue of sexual assault has captivated the student body on campus,” Greenlaw said. “We’re definitely interested in getting more and more people trained.”

Under the ordinance, recognized student organizations that receive UC funding above a “high value” threshold must send a certain proportion of executive board members to a one-hour long bystander intervention training session each semester.

Some details of the program have yet to be determined, including the specific monetary threshold at which bystander intervention training will be mandatory and the exact proportion of executive board members who will be required to complete training. The Finance Committee will analyze previous allocations to determine the attendance requirement and funding threshold, and could vote on the matter as early as next week, Greenlaw said.

Representatives from the Office for Sexual Assault Prevention and Response and the Consent Advocates and Relationship Educators will provide free training for student groups that fall within the new requirements. Organizations that already have existing partnerships with and have received training from OSAPR, such as the Harvard-Radcliffe Dramatic Club, will be exempt from the new requirements, according to Greenlaw.

The aim of the legislation, according to the Finance Committee’s vice chair of policy Olu Oisaghie ’19, is to provide financial incentive to student groups that agree to help combat sexual assault on campus.

The policy will run on a one-semester pilot program, and the Finance Committee will eventually reasses the program’s effectiveness to decide whether to continue the initiative, Greenlaw said.

Fran F. Swanson ’17, an OSAPR intern and co-director of CARE, praised the program in an email, writing that “programming that empowers students to challenge harmful behaviors and attitudes is essential to creating lasting cultural change on campus.”

“And this change begins in the smaller communities that we work with and socialize in,” she added.

Although all members of the Finance Committee who were in attendance supported the policy, some raised concerns over the logistic feasibility of the new requirements. Finance Committee member Jullian A. Duran ’18, who is training to become a CARE representative, questioned whether CARE had the resources and personnel to handle the volume of new training sessions under the legislation.

“My understanding of CARE’s membership is that they have a lot of people as CARE reps, but it’s very volunteer based,” Duran said.

In response, the legislation includes a clause that gives the Finance Committee permission to waive the training requirement if training sessions “cannot be conducted in a logistically feasible manner.”

The policy is projected to take effect within two weeks after UC representatives notify student organizations of the new requirements. According to the legislation, the Finance Committee will enlist the support of the Office of Student Life, who will provide the UC with rosters of club officers.

Rules Committee Chair Daniel R. Levine ’17, an inactive Crimson editor, confirmed that the program is consistent with the UC’s constitution and bylaws.

While the new legislation would prevent the Finance Committee from distributing high-value grants to organizations that have not met the training requirements, the UC as a general body has the authority to overrule the Finance Committee’s funding allocations during general meetings. The UC has generally approved the committee’s recommended grant packages without amendments or objections.

“It’s an opportunity for [representatives] to ask questions about the Finance Committee’s policy, and dissent if they wish,” Levine said.

Greenlaw, who campaigned for the UC presidency on a platform that would incentivize student organizations to conduct sexual assault training, said the new requirements may widely spread bystander intervention training among undergraduates.

“If we do it right, we’ll train a significant portion of this campus,” Greenlaw said.