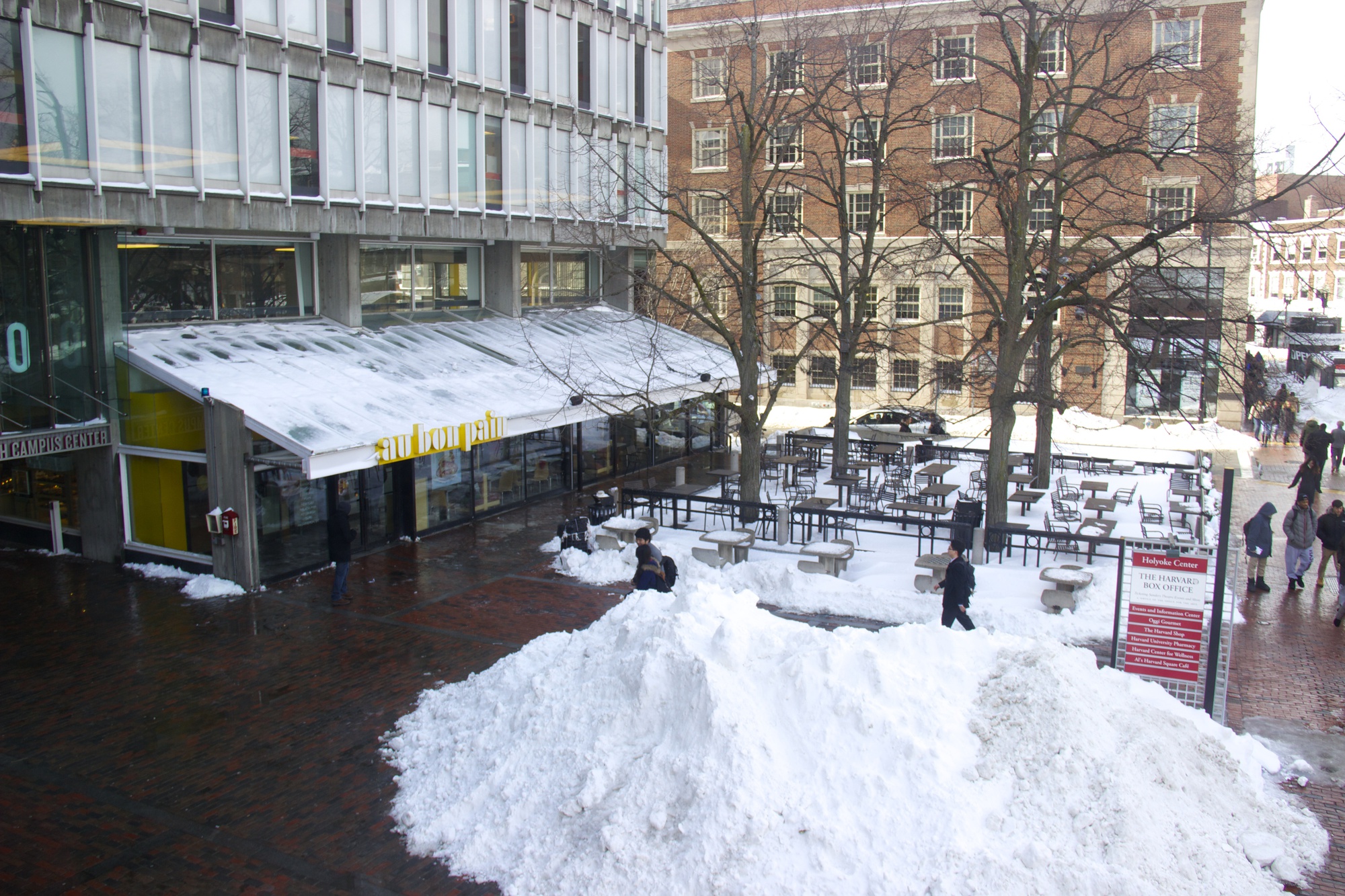 The plaza outside the Smith Campus Center will change significantly in the upcoming renovations, hosting a new extended glass front where Au Bon Pain is currently located. Brigid O'Rourke, a Harvard spokesperson, said the fate of restaurants in the campus center has yet to be decided.
By Ignacio Sabate, Crimson Staff Writer

With construction on the Smith Campus Center set to ramp up later this year, Harvard administrative offices and businesses displaced by the renovations have recently moved to new temporary locations.

Significant portions of the Harvard University Health Services have moved from the Smith Center at the end of last October to a new space on the seventh floor of 114 Mount Auburn St., according to Lindsey Baker, a spokesperson for HUHS. The Center for Wellness has also moved to the same building and the HUHS reception desk has relocated to the second floor of the Smith Center.

“It creates a nice space on the seventh floor that’s just for health services and people coming to the Wellness Center,” Baker said.

Director of the Center for Wellness Jeanne M. Mahon said the “new space is quiet with lots of natural light,” adding that the center has created an additional treatment room that has allowed the center to offer new chair massages every Monday, Tuesday, Wednesday, and Friday. 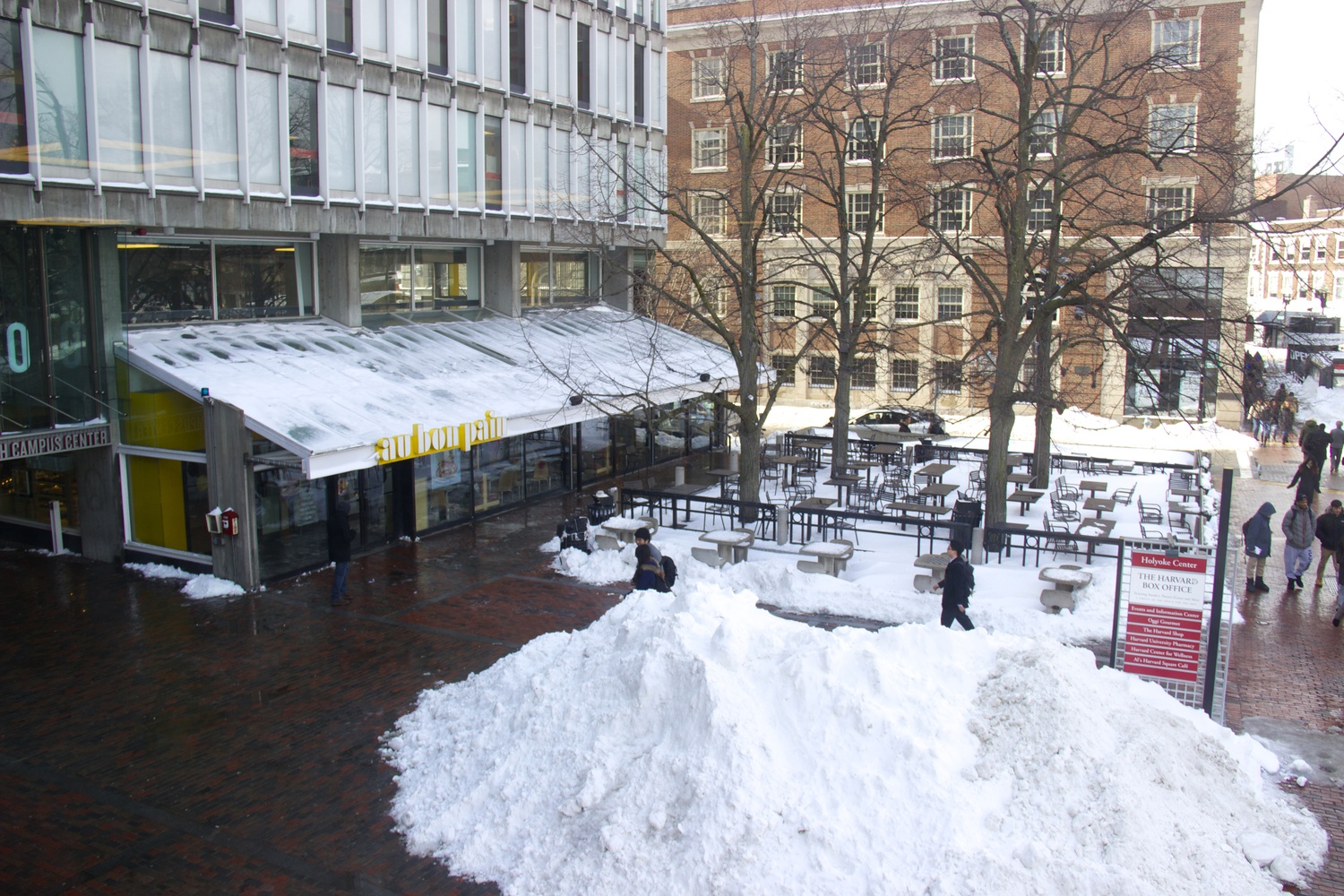 The Smith Campus Center will see ramped up renovations as Harvard offices move out to temporary locations. By Alexander L. Jaffe

Baker said the Dental Services Offices, located now on the seventh floor of the 114 Mount Auburn St. building, is also undergoing renovations. Once the renovations to the office are complete, the University’s pharmacy will move into the arcade area of the campus center.

The Holyoke Street Garage, located under the Smith Center, will remain fully operational even though construction might force drivers to seek alternate routes to enter the garage, according to the HUHS website.

“[The pharmacy will] be in the sort of same section as the Health Services, so it’ll be nice for picking up your prescriptions after clinical visits,” Baker said.

Harvard’s Student Health Program office, which manages both the student and employee health plan, have also temporarily moved to 16 Dunster St., Baker said. Once the renovations on the first floor of 114 Mount Auburn St. are completed, that office will also move to that building.

Administrative offices are not the only organizations moving from the Smith Center due to the renovations. Businesses that currently reside on the first floor of the Smith Center will be moving to alternate locations. Clover Food Labs will move into a space previously occupied by Yenching on Massachusetts Avenue.

The Harvard Public Affairs and Communications offices have moved to the sixth floor of the 114 Mount Auburn St. building.