Al’s and Clover To Headline Exodus From Campus Center

Ahead of construction, businesses must depart Smith Campus Center building

Businesses located in Harvard’s Smith Campus Center, including local institutions like Al’s Harvard Square Cafe and the Square location of Clover Food Lab, must vacate their spaces in the next several months to make way for planned renovations, according to Harvard spokesperson Brigid O’Rourke.

“The reality is that the Smith Campus Center will be an active construction zone for some time, with a specific focus on renovating the arcade and other areas of the building,” O’Rourke wrote in an email. “Because of this, all retail tenants will need to move out by the Spring of 2016.” 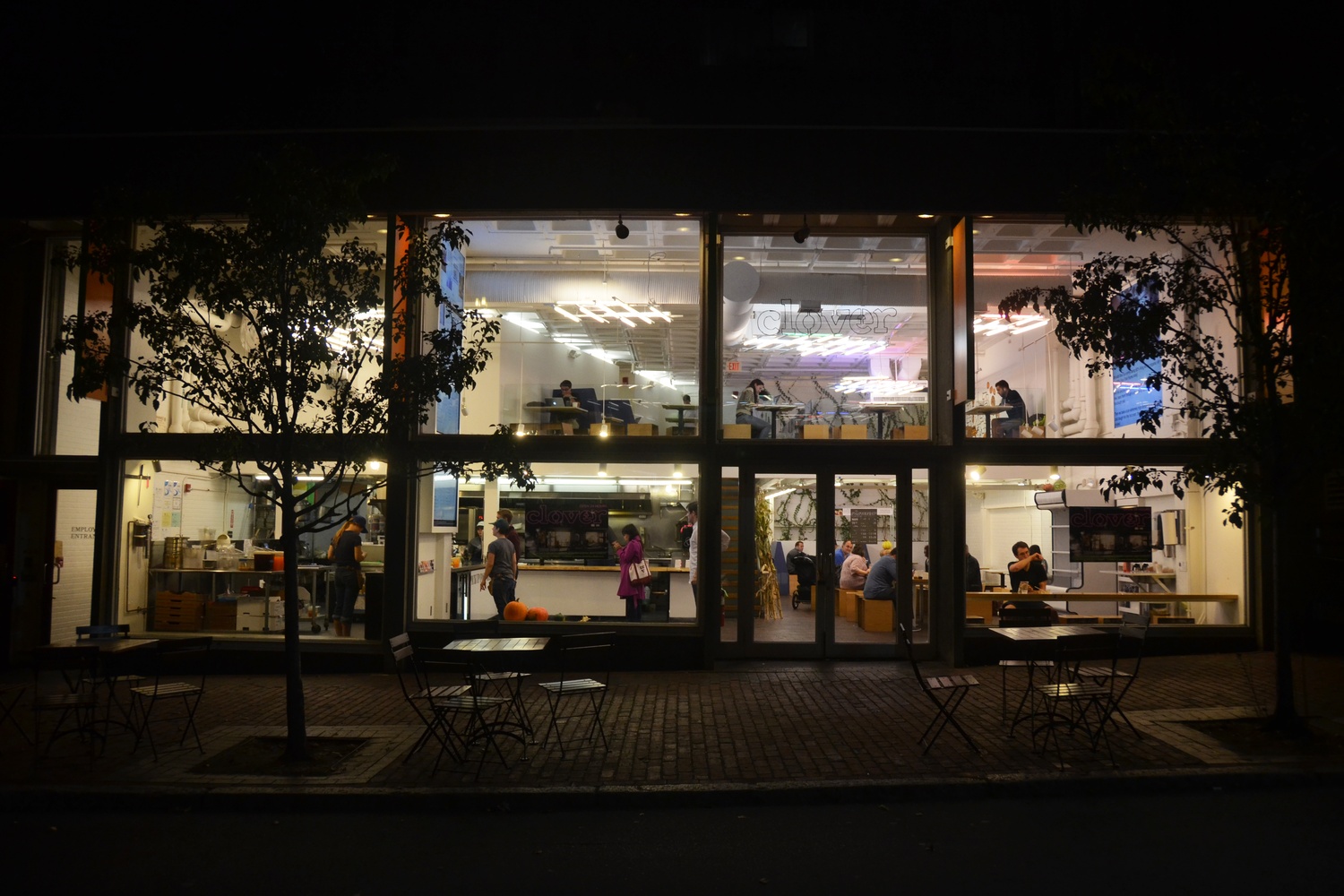 Officials have previously indicated that some local businesses will need to move, some permanently and some possibly only temporarily, as Harvard renovates the building formerly known as the Holyoke Center at 1350 Massachusetts Ave. next year through 2018. Preliminary plans include creating a network of meeting rooms, common spaces, and lockers that will span the renovated first, second, and 10th floors of the building.

Previously, though, representatives from Harvard have declined to specify which businesses would need to leave the space and when. When asked to clarify, O’Rourke confirmed Monday that businesses on the periphery of the building, including the restaurant Au Bon Pain and Clover, will also have to move out early next year.

The news comes as a steady trickle of businesses have left the building as Harvard has worked to finalize construction plans. Finale dessert shop closed its Smith Center location last winter; Harvard Student Agencies relocated its cleaners operation to Mount Auburn Street in August; and the Harvard University Employees Credit Union has also left the space.

The impending displacement of the several businesses that still populate the campus center building—many of which are ingrained in the local landscape and the schedules of Harvard undergraduates and local residents alike—will represent a major change for Harvard Square.

According to HSA President Patrick F. Scott ’16, the student-run business heard that both of its Smith Center shops, the Cleaners location and a branch of the apparel store the Harvard Shop, would need to leave the building by early 2016.

Scott said planners gave HSA notice last academic year that they would need to move out. But despite the notice from Harvard, Scott said losing the campus center Harvard Shop location is nonetheless a loss for the organization.

“Losing a store is always a blow; we get a lot of revenue from that store, so it’s a blow in that sense,” Scott said. “In the sense of making us seriously concerned for our future, I think we’ve prepared enough that we’ll be able to absorb it.”

Al’s Harvard Square Cafe—the local sandwich eatery and purveyor of the famous Al’s bag lunch, a staple among students—will also move out of the Smith Center in early 2016, according to manager Carlos Chicas. Al’s will likely move out around the start of April, he said, and in the meantime managers are searching for a new location.

It remains unclear which, if any, of the food stops will move back into the Smith Center once construction concludes in 2018. Early this year, Tanya Iatridis, the senior director of University planning overseeing the project, said she expected the renovated campus center to include the same number of food options as it does now, if not more. But on Monday, O’Rourke said planners have not yet decided which food vendors will be allowed to operate in the renovated building.

Denise A. Jillson, the executive director of the Harvard Square Business Association, said the changes are not a surprise, given the scope of the planned Smith Center renovations. Nevertheless, she called it a “distressing,” but overall positive, change for the Square. 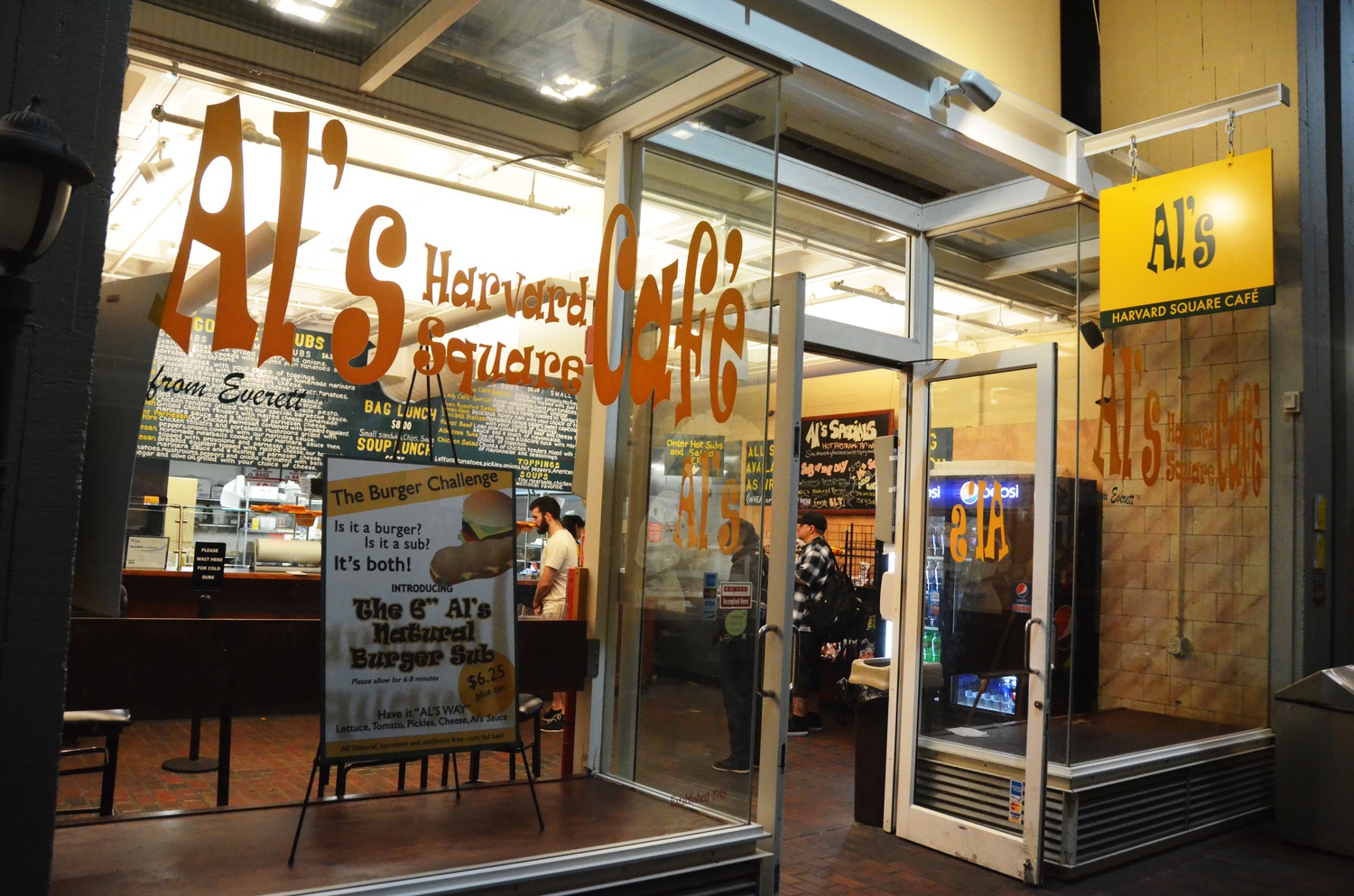 “People love Al’s and Oggi, and they love b.good. These are all valued, valued members, not only of the Association, but of the Square,” Jillson said. “We hope that we will find places for them in the Square. … Of course it’s distressing that the businesses have to be displaced.”

In August, the Cambridge Board of Zoning Appeal delayed approval of Harvard’s proposed plans for the Smith Center’s renovation.