The Harvard Crimson asks prospective members of the class of 2020 what they think of Harvard during Visitas 2016.
By Jonathan G. Adler and Derek G. Xiao, Crimson Staff Writers

Decked out in red Harvard bags and toting maps, brochures, and programs, a record number of prospective freshmen descended on Harvard Yard over the weekend for Visitas.

The College’s weekend for admitted students drew nearly 1,400 prospective students this year, a historic number of attendees according to Timothy J. Smith ’08, a senior admissions officer. The record number of admitted students required organizers to extend by almost a week the deadline for current students to sign up to host prospective freshmen. Smith said he was grateful for students’ help in supporting the future Class of 2020.

“We had more than 1,000 student volunteers help throughout the weekend and into [Monday],” Smith said. “It was an enormous outpouring of community support for us and for the Class of 2020.”

This year’s Visitas featured a talk from University President Drew G. Faust at Memorial Hall, along with several lectures and forums for students. A new addition to the slate of events was “Partytas,” a party exclusively for prospective freshmen held in Annenberg on Saturday night. More than 1,000 people attended, according to Smith. 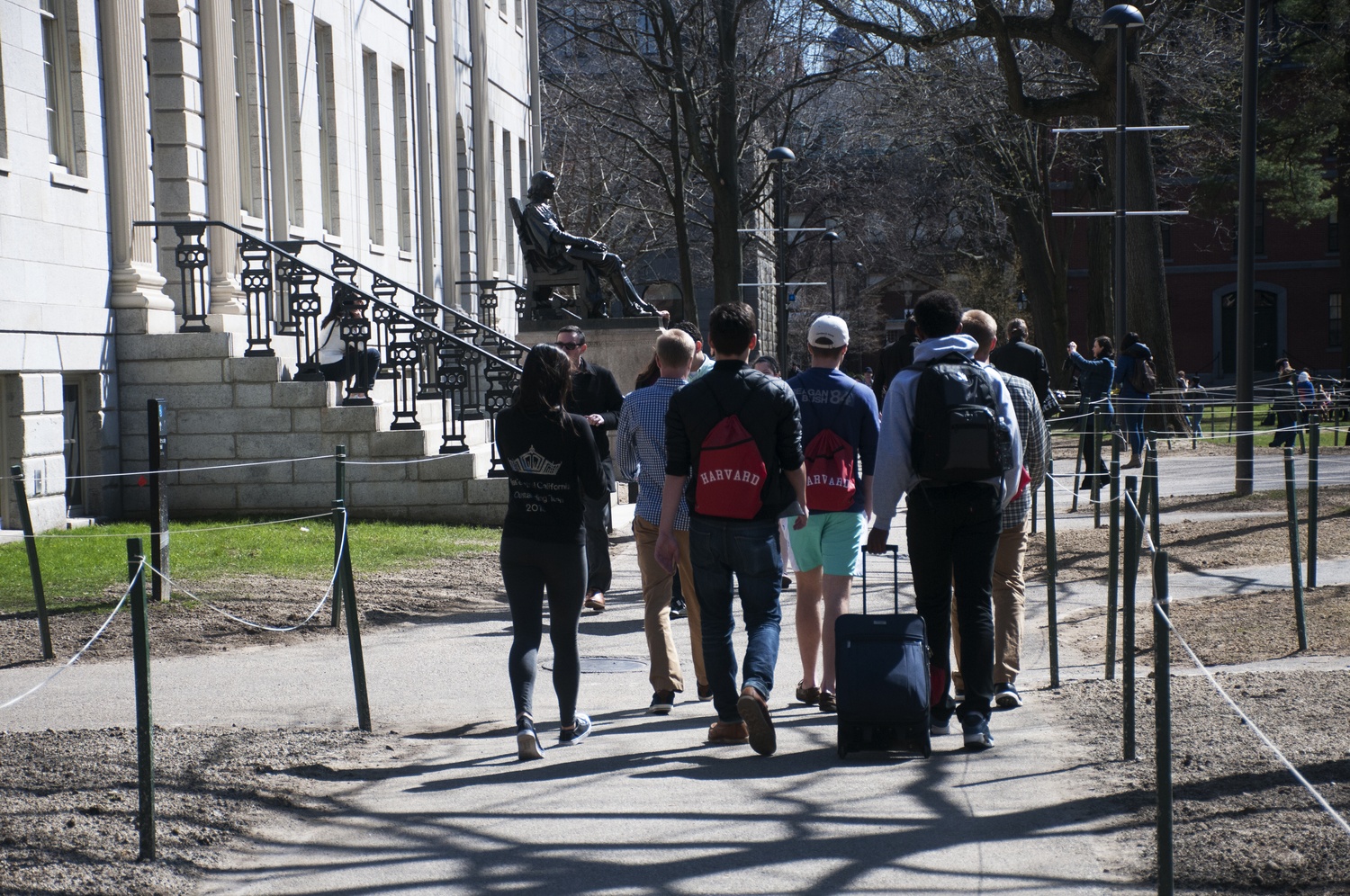 “The most exciting thing was Partytas; that was pretty fun,” Nenya A. Edjah, a prospective student, said. “It was somewhat lit but not as lit as it could be.”

Another new event was a street fair the Harvard Square Business Association hosted that featured booths from local restaurants and shops.

One of the more favorable events of the weekend was “Visitas Thinks Big,” some admitted students said, in which five Harvard faculty members discussed a range of world issues.

Ryan Lee, another potential student, said he was particularly impressed by S. Allen Counter, a professor of Neurology and director of the Harvard Foundation for Intercultural and Interracial Affairs.

“Some of the stories the panelists talked about were so incredible,” Lee said. “This entire event has been great.

Students described the Visitas weekend schedule as a little overwhelming at times.

“There’s so much going on,” Lee said. “I’ve really not had a peaceful moment since [arriving]. It’s a mixture of all the events and meeting with all my friends who go to school here.”

“We’re having a good time, but it’s probably not really representative of life here [at Harvard], since we’re not taking classes,” Duffy said. “But we get to sit in on classes… I guess it’ll show us more what everyday life at Harvard will be like.”