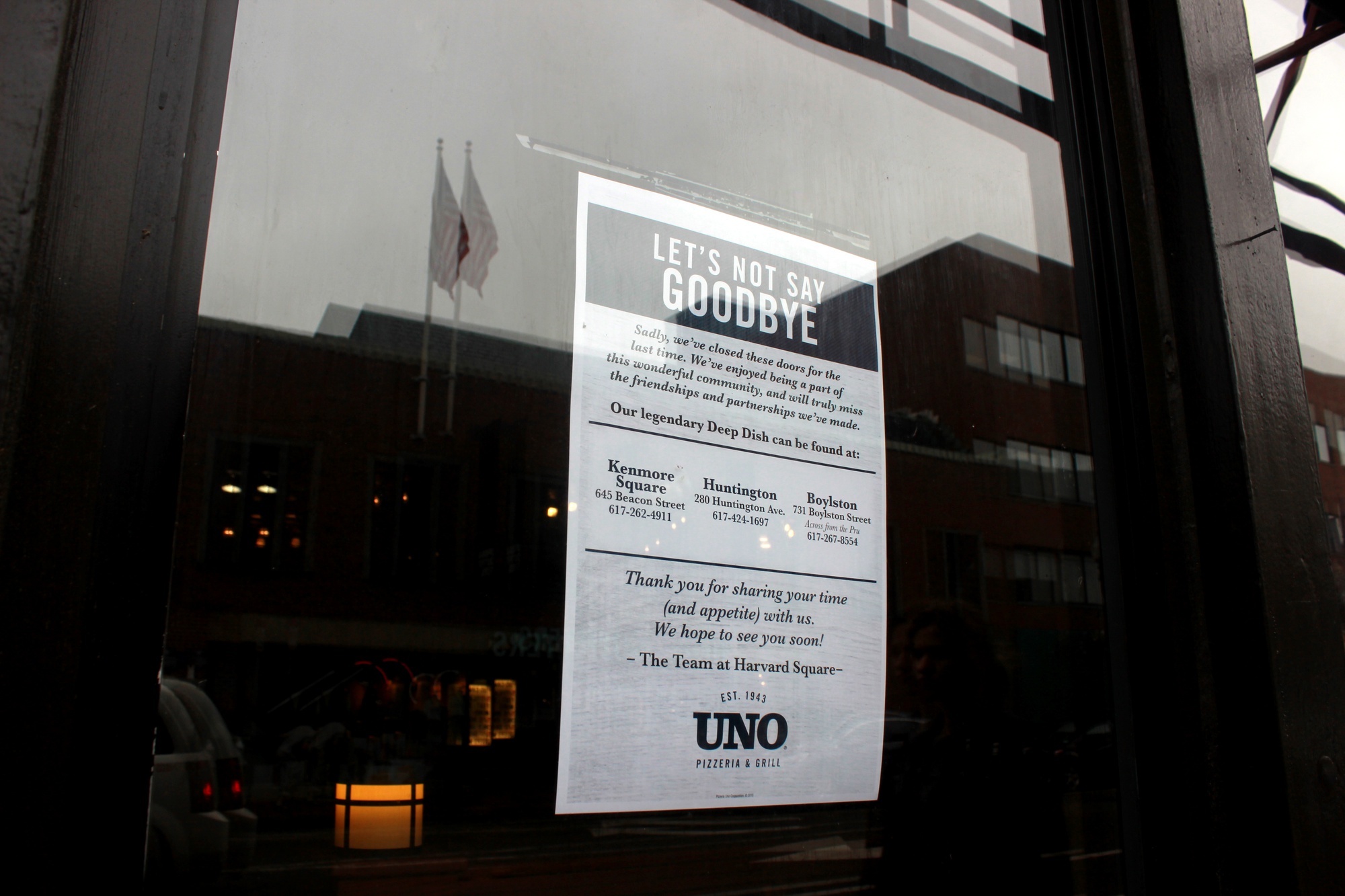 Fans of Chicago deep-dish pizza and cheap appetizers will have a harder time finding culinary satisfaction in Harvard Square now that Uno Pizzeria and Grill has closed its local restaurant. 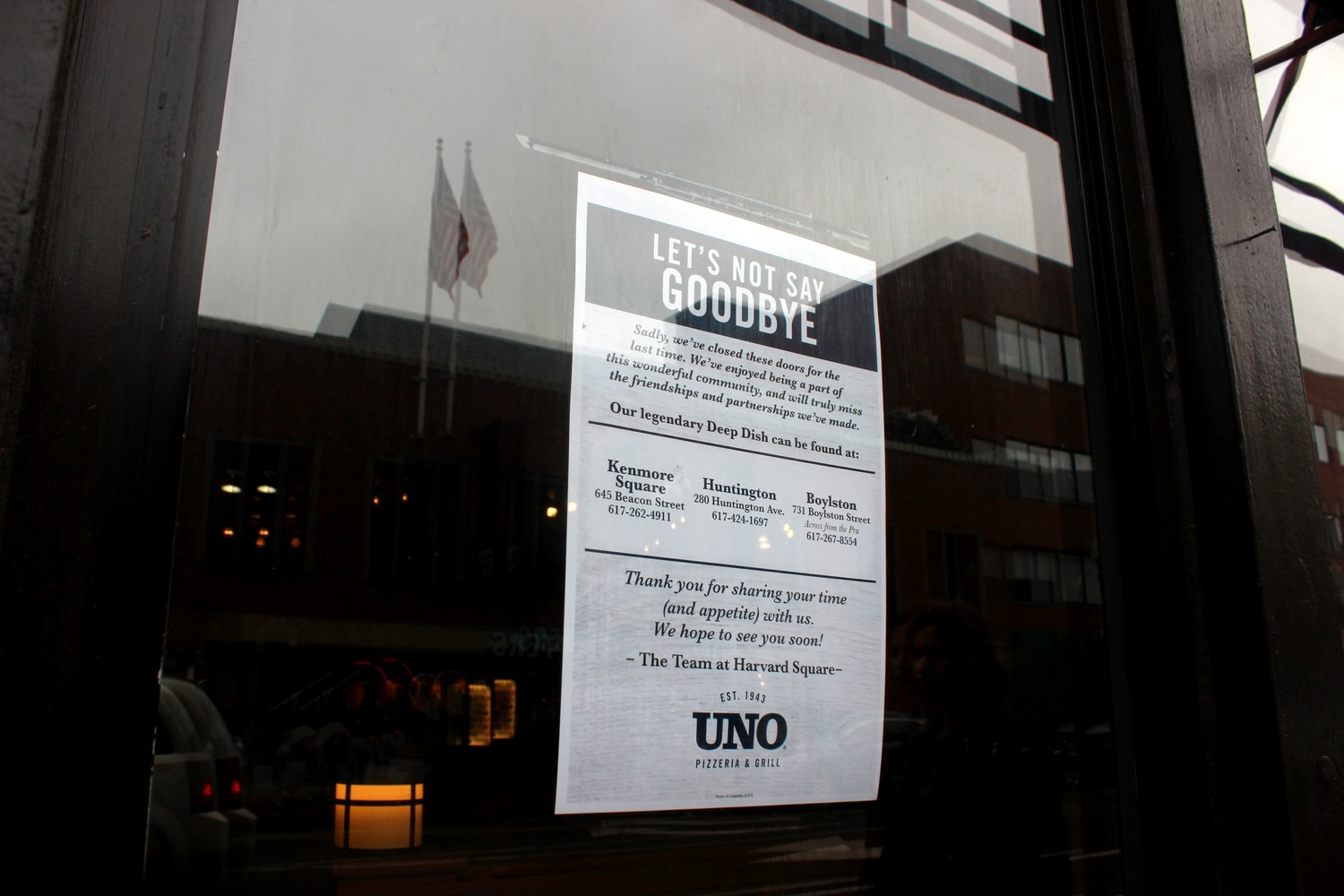 Signs on Unos’ former building announce its closure as part of ongoing construction in Harvard Square. By Savannah I. Whaley

Customers hoping to grab a meal at the chain’s 22 JFK St. branch last Thursday were surprised to see the storefront stripped of all semblances of the eatery. All that remained was a note taped onto the building’s front window urging customers “not to say goodbye” and referring would-be patrons to nearby Uno locations.

Uno joins the burgeoning list of businesses closing their doors in Harvard Square, including Au Bon Pain and Al’s, all of which were displaced by the renovation of the Smith Campus Center. Panera was also shuttered this year.

The restaurant closed its doors because the eatery became too expensive to operate amid high rent prices, according to Uno’s Chief Marketing Officer Skip Weldon.

“We tried very hard to cooperate with the landlord, but the rents are very high in Harvard Square,” Weldon said. “The rent prices have just gotten out of whack the last couple of years.”

The building was purchased within recent years by Gerald L. Chan, a Hong Kong billionaire who also made a historic donation to Harvard’s School of Public Health.

“It was an incredibly difficult decision as we’ve been in Harvard Square since 1980,” Weldon said. “We had a great staff and a commitment to the Harvard Square community.”

The pizza joint, with corporate headquarters in Boston, specializes in Chicago-style deep dish pizza and has been in the Square for over 20 years. During late nights, the restaurant also offered appetizers like mozzarella sticks at discounted prices.

Several student organizations regularly hosted meeting and events at the restaurant, and said they would miss the location.

“The [International Relations Council] had a great working relationship with this particular Uno,” Model United Nations board member Timothy J. Cavanaro ’18 said. “In the past, we have held a number of large group events there, and even some of our largest parties, up to 200 people over the course of two hours, were easily accommodated by their friendly staff.”

Students more generally were surprised and disappointed by the news.

Charles G. Alver ’17 said he found out about Uno’s closure after receiving an Uno email alert which stated that the closest Uno location to him was not in Harvard Square anymore, but rather another location in Boston.

“It was a really great place to meet up with people and get drinks or food,” Alver said. “I’m not totally sure where I'll get a deep dish chocolate chip cookie with ice cream now.”

A previous version of this article incorrectly indicated that Panera's closure was due to Smith Campus center construction.