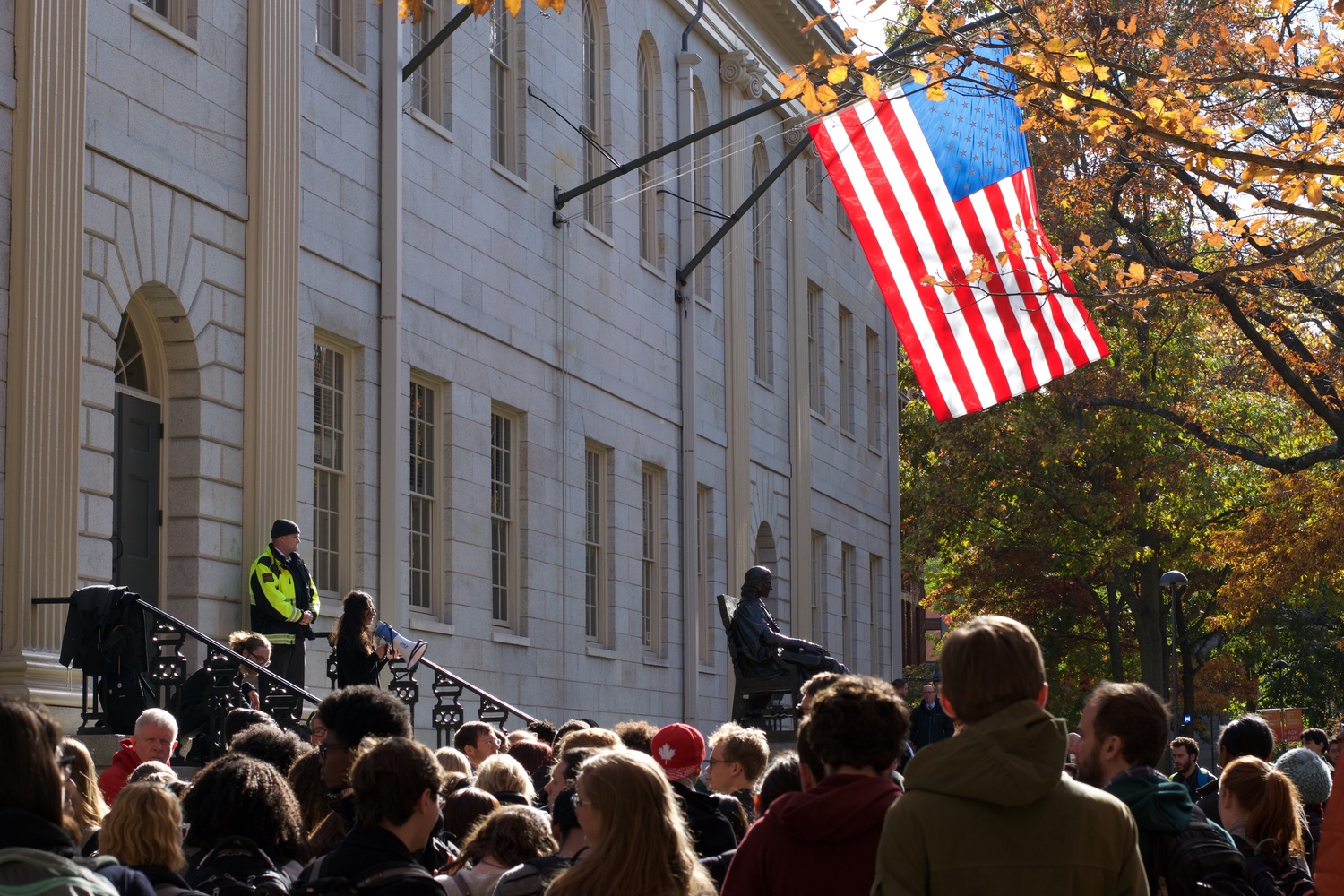 Donald Trump was sworn in as the 45th president of the United States on Capitol Hill Friday, becoming the commander-in-chief after a campaign that defied political norms and expectations carried him to the nation’s highest office.

Trump, a Republican and a billionaire New York real estate mogul, is the first person without government or military experience to hold the Oval Office. His stunning victory on Nov. 8 thwarted the predictions of most polls and political analysts, and plunged Harvard’s largely liberal campus into widespread shock.

In a 16-minute inaugural address tinged with populism, Trump vowed to unite America and transfer power from Washington, D.C. to the American people.

“January 20, 2017 will be remembered as the day the people became the rulers of this nation again,” Trump said. “The forgotten men and women of our country will be forgotten no longer.”

Trump also spoke of his domestic policy goals, promising to improve infrastructure, control the nation’s borders, and bring jobs back to the United States. Reiterating campaign pledges to restore “law and order” to the nation, Trump spoke in dire terms of “the crimes and drugs and gangs” in the nation’s inner cities.

“This American carnage stops right here and stops right now,” Trump said. “We are one nation, and their pain is our pain.”

From the steps of the U.S. Capitol, Trump doubled down on his foreign policy platform, pledging to eliminate “radical Islamic terrorism...completely from the face of the earth.”

In the weeks preceding the inauguration, Trump faced questions about his business dealings—which some say could pose a conflict of interest with his duties as president—and Russian interference in the election.

In his address, Trump said he would “reinforce old alliances and form new ones,” and that it is “the right of all nations to put their own interests first.”

Chief Justice John G. Roberts Jr.’76 administered the 35-word oath of office, finalizing Trump’s succession of Barack Obama. According to Reuters, Trump intends to sign several executive actions within his first few days in office, taking first steps to build a wall on the country’s southern border, limit immigration to the United States, and undo policies enacted by his predecessor.

More than 60 Democratic lawmakers boycotted the inauguration in protest, according to the Washington Post, though a number of prominent Democrats—including former Secretary of State Hillary R. Clinton, Vt. Senator Bernie Sanders, and Mass. Senator Elizabeth Warren—were in attendance.

Some Harvard students traveled to D.C. to protest the inauguration and to attend the Women’s March on Saturday. City law enforcement is planning for up to 400,000 protestors, according to the New York Times.

Protesters gathered on the streets of Washington on Friday, chanting "no Trump, no KKK, no fascist USA!" In some areas, Trump supporters yelled back at protesters.

Trump’s address, as well as Democratic New York Senator Chuck Schumer’s speech preceding it, described a divided country. Schumer read a letter from a Civil War soldier, and both men called on the American people to unite.

“Whether we are black or brown or white, we all bleed the same red blood of patriots,” Trump said.

The Republican party now controls both chambers of Congress and the executive branch.