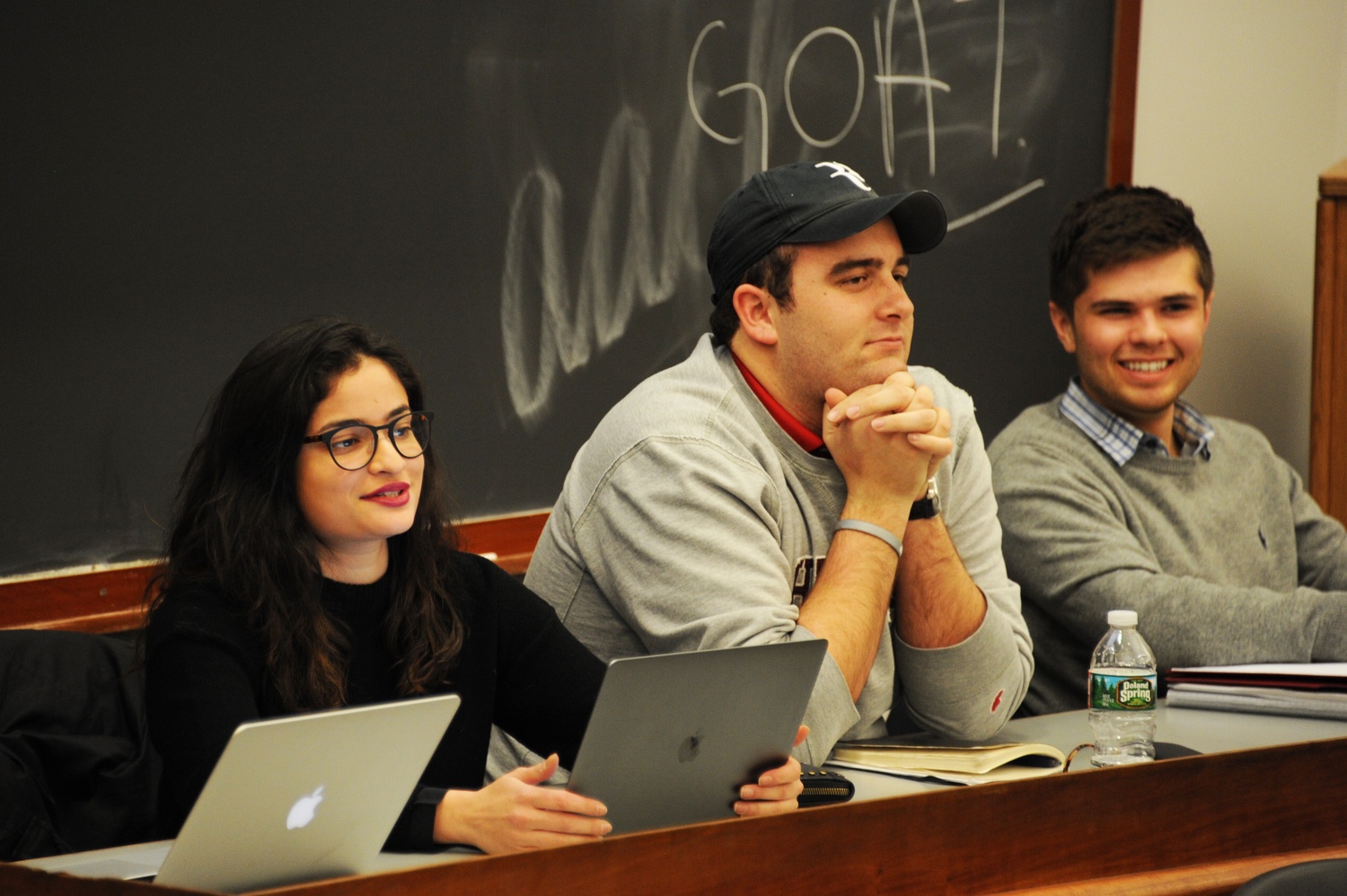 The Undergraduate Council passed legislation Sunday expanding the "compelling interests" of the Grant for an Open Harvard College—a $30,000 student initiative fund—to include “race, culture, and faith relations” and “financial accessibility.”

Last year, the grant—which funds undergraduate initiatives from both the College’s and UC’s budgets—gave money to students for initiatives involving four realms of student life: mental health, race relations, sexual assault and harassment, and social spaces. After debate at the UC's Sunday general meeting, representatives voted to expand “race relations” to include students’ faith and culture and added financial accessibility to the grant’s provisions.

The "compelling interests" are meant to guide the grant, which former Council President Shaiba Rather ’17 and Vice President Daniel V. Banks ’17 began. The grant is replenished yearly.

Sunday’s legislation, which passed unanimously, initially included the phrase “textbook affordability” for the fifth compelling interest. But Vimal S. Konduri ’17, an inactive Crimson editor, requested a secretarial change to amend the phrase to “course materials,” then proposed an amendment to the legislation changing “course materials” to “financial accessibility.” In an interview after the meeting, Konduri said the amendment, which UC President Yasmin Z. Sachee ’18 and Vice President Cameron K. Khansarinia ’18 voted against, would help fund a greater breadth of programs.

“The original text focused on textbook and course material affordability, and I felt it would be difficult for student groups to collaborate specifically on that issue,” he said. “I also felt like we’d be better served broadening it to just ‘financial accessibility’ in general, because that way it could address event costs, as well as course materials.”

Both Khansarinia and Sachee argued that the phrase “textbook affordability” would help the UC sharpen its focus on a particular issue.

"I think that financial accessibility is something the Council should be definitely prioritizing an interest for over the next semester,” Sachee said. “I just was wondering whether the nature of the fund will get too broad and will not allow students and student groups to really focus in on specific issues."

After the meeting, Christopher B. Cruz ’17, who voted in favor of the amendment, said his support stemmed from his desire to see the UC “continue our commitment to students.”

“We must reach out to first-generation students and other students who might not have as much accessibility in other areas as others do,” he said. “I’m very glad to have voted in favor of the amendment, and I think that we’ll be able to really serve the student body in a much broader sense.”

Also at the meeting, Sachee and Khansarinia discussed their intention to form an identity coalition of a diverse group of student leaders. In addition to the meetings, Khansarinia said the group will provide input to the UC when legislation involves issues of race and culture.

“The gist is that we'll bring in outside representatives from cultural groups, identity groups, affinity groups,” Khansarinia said. “If we're bringing up legislation that has to do with race or cultural initiatives, then they can advise us.”