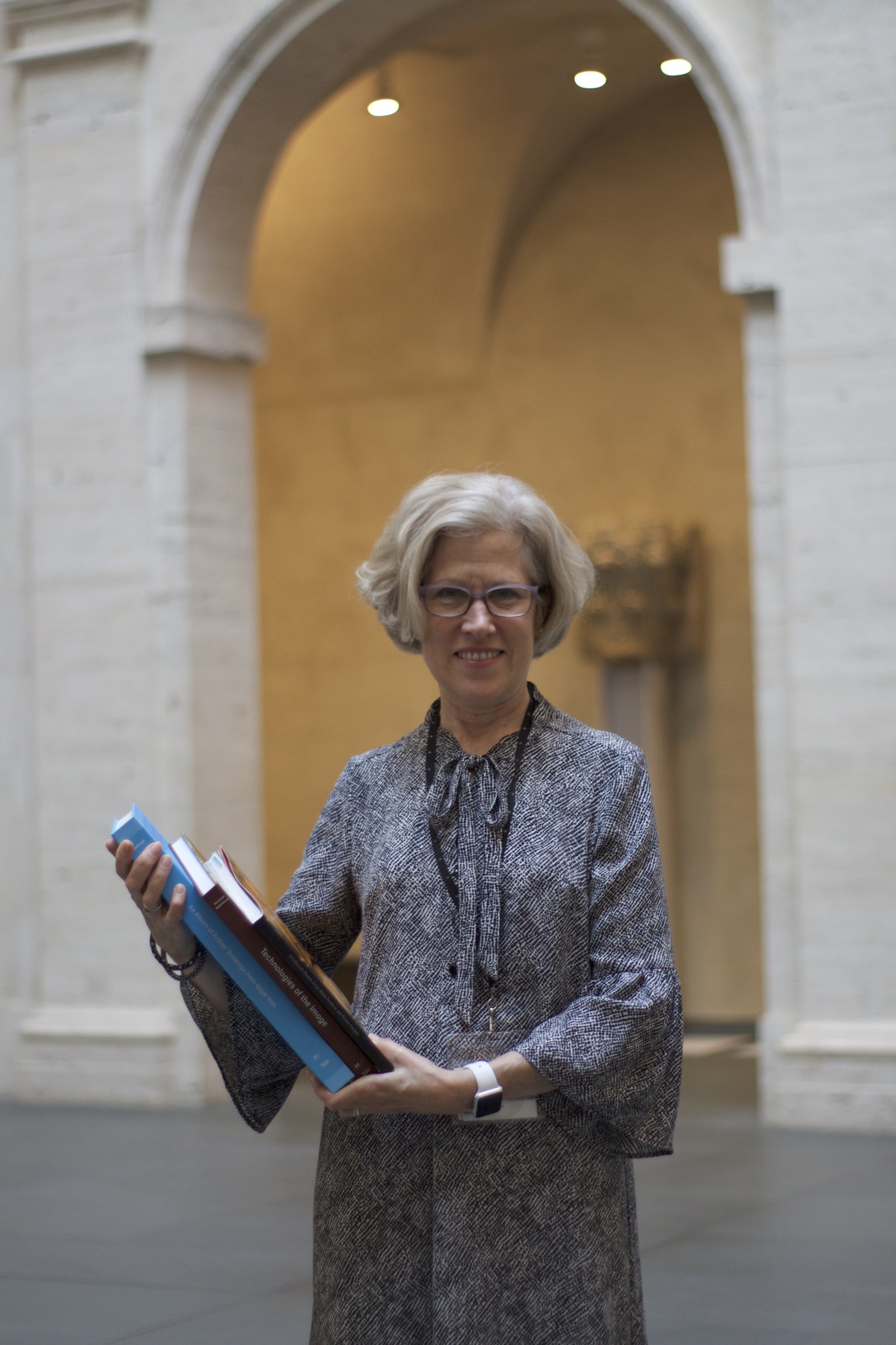 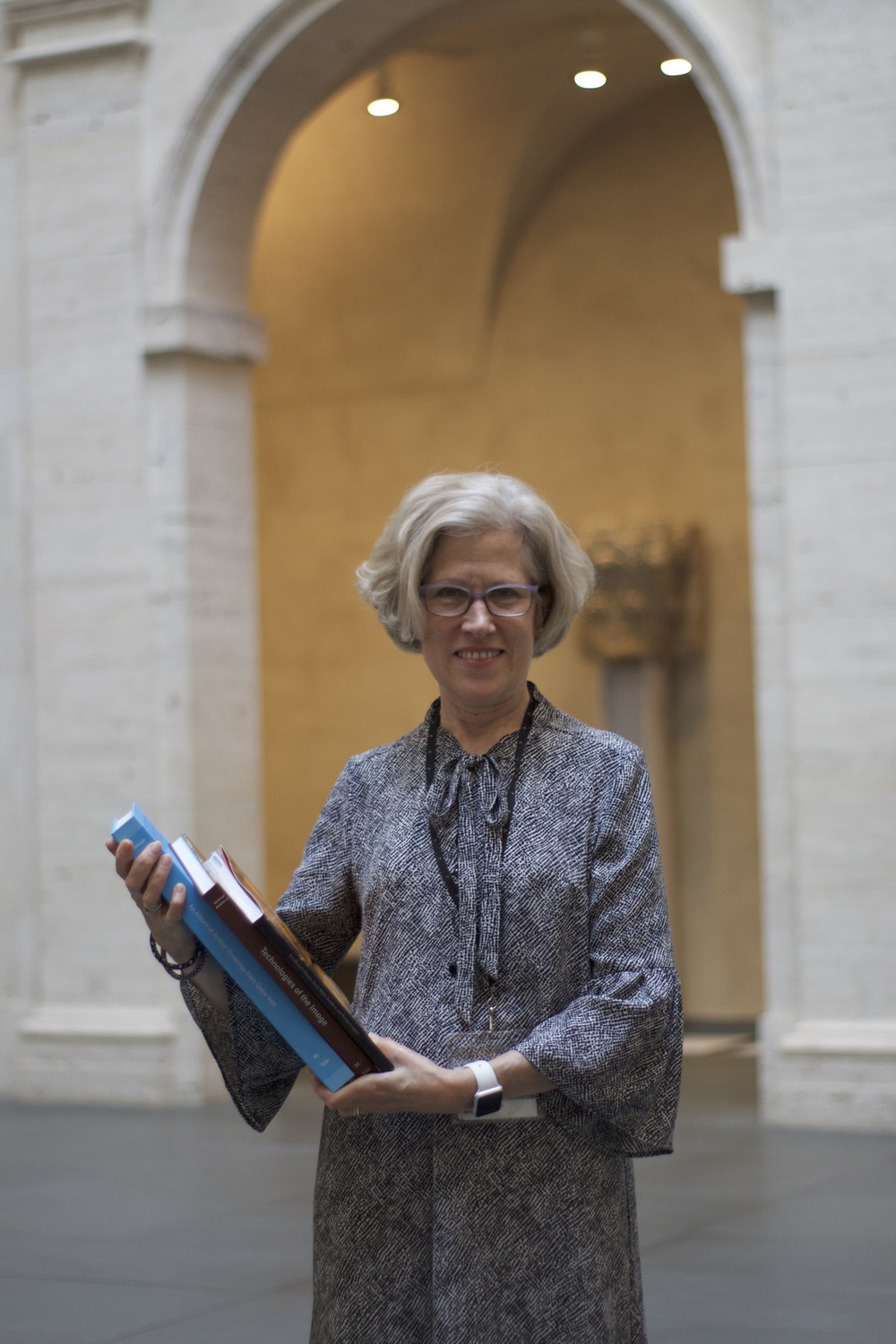 With over three decades of experience in art history and curation under her belt, Mary McWilliams now serves as Norma Jean Calderwood Curator of Islamic and Later Indian Art at the Harvard Art Museums, where she’s been working since 1998. Her work focuses on art from Islamic countries. She has traveled extensively, learning and researching pieces from Islamic history. McWilliams has contributed her expertise to six museums in her career thus far, including the Negarestan Museum in Tehran, the Cleveland Museum of Art, the Textile Museum in Washington, D.C., and the National Gallery of Art, also in D.C.. She worked with David Roxburgh, History of Art and Architecture Department Chair, to co-curate the exhibit “Technologies of the Image: Art in 19th-Century Iran,” currently on view in the Harvard Art Museums’ University Research Gallery. McWilliams took The Crimson on a tour of the exhibition and shared her thoughts on curatorial practice at an educational institution.

Editor’s note: This interview has been edited for lengh and clariy.

The Harvard Crimson: Why did you choose to exhibit art from 19th-century Iran in particular?

Mary McWilliams: Well, it’s a wonderful period, and it’s one that we have not been able to focus upon previously… What inspired us to do this project was a visit to Houston about ten years ago. We were working on another project together, David and I: “Traces of the Calligrapher.” As part of that project we went to visit a private collector, and we saw his collection. We were looking at that time at something different—calligrapher’s tools—but we saw that he had this extraordinary collection of 19th-century Iranian art, which had never been published. David and I looked at each other and said, “We really ought to do an exhibition on this.”

THC: How is Qajar art—of the Qajar period of the late Persian empire—usually portrayed in exhibits?

MM: This is not the first project ever to be done in the world on Qajar art, of course, but we wanted it to be a fresh take on this art form, because it has often been denigrated in the past, particularly by European scholars or Westerners who have looked at it as no longer pure or authentic. One of the things we really do try to present, if you read the labels and the catalogue, is that every bit is authentic. It is the practice of Iranian artists for centuries to bring in exotic material and foreign elements and to incorporate them into their visual repertoire, their portfolio of designs. It is also totally characteristic of their working practices to work from intermediaries rather than from studies from life. Using photographs, using lithographs, using prints from Europe—that is very much part of the way they have been working for centuries.

THC: You mentioned that this isn’t the first project of Qajar art in the world, but why do you think this art from this period has been understudied and underappreciated?

MM: I think a large part of it is that Westerners, who have looked at art from this period, have a tendency to see the elements that come from Western art and see that they are used differently and they’re not used in the way you might expect. For example, if you look at images of the Virgin Mary, there are all these “Virgin in the chair” images. Well, what is the woman kneeling with the doves doing there? If you know that particular iconography, you are probably thinking, “They got it wrong.” In fact, they are using it for their own purposes. I like to think about Renoir and Monet to a certain extent went through a period of japonesque. You see these Japanese fans and you see people dressed in kimonos, or you see this emulation of Asian landscape painting. My guess is that the Japanese and Irani looked at these and thought, “Boy, did he get that wrong.” What could be a bigger cliche than a woman holding a fan? But we don’t make fun of those artists. We don’t deride their efforts. We think that that eclecticism is something very interesting. We value that. Why don’t we value it when the Iranian artists are also taking in?

THC: What is different about curating a museum at a university as opposed to another museum at a non-educational institution?

MM: One of the great differences is that we get to write longer labels! That makes a huge difference. In a university museum, we have the opportunity to work with academic faculty and graduate students. I think we are expected to do argument-driven exhibitions, which tend to be text-heavy—at least the ones from my department do. That may be partly because when you’re in a non-Western field, you often feel there is more you need to explain. I think we need to have more text to situate our viewers in time and space but also to bring up what the concepts are that we want to get across. We have more leeway here. When I worked at the Cleveland Museum, we were told that no label should be over 100 words. Basically, if I couldn’t say what I was meant to say in 100 words, then I didn’t know what I was talking about. I just went nuts about this. Harvard Art Museums gives us more leeway and more breathing space to communicate more complex ideas. You can only do so much with 100 words. Some museums are allowed 60 words.