Meet the lawyers who will help Harvard defend against allegations it discriminates against Asian-Americans in its admissions process.
By Crimson News Staff 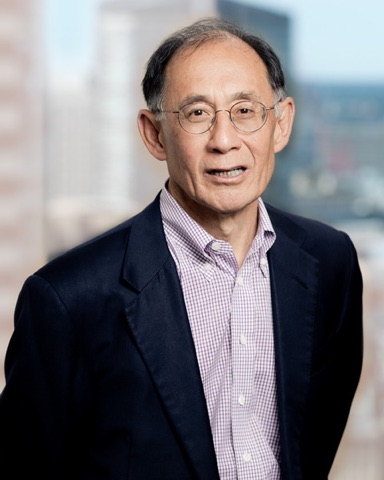 William F. Lee ’72 is the first Asian American to spearhead one of the nation’s foremost law firms and to be selected to the Harvard Corporation.

A high-profile lawsuit challenging Harvard’s admissions policies is headed to the courtroom Monday, meaning the University will spend the next few weeks duking it out with anti-affirmative action group Students for Fair Admissions. SFFA filed a lawsuit in 2014 charging that Harvard discriminates against Asian-American applicants to the College, a claim Harvard has unequivocally denied.

William F. Lee ’72 is not only the lead trial lawyer representing Harvard in the lawsuit: He is also the first Asian-American to lead one of the nation’s foremost law firms and to gain a seat on the Harvard Corporation, where he now serves as the senior fellow.

Lee worked as the Managing Partner of Hale & Dorr for four years and continued in that role after the firm merged to become WilmerHale in 2004. He has litigated over 200 cases involving intellectual property, including representing Apple in their lawsuit against Samsung over patent rights to the smartphone, a years-long battle that culminated in Samsung paying Apple for patent infringement.

Lee has also served as lead trial counsel for several other technology-related cases at the federal level and argued before the U.S. Federal Circuit Court of Appeals. He contributed to investigating the Iran-Contra affair as associate counsel.

In April of this year, Lee wrote a public letter criticizing the United States Justice Department’s demand that Harvard unseal admissions data and applicant information that was previously confidential. In his letter, he questioned why the Department intervened in the lawsuit and waited until April to request that the data become public.

“The Department’s belated interest in this case, and its submission on this confidentiality issue in particular, cannot help but give pause,” Lee wrote in his letter to the federal judge presiding over the case.

“As one of three Asians in the class, we knew each other very well,” said Paul W. Lee, also a member of the graduating class of 1976 at Cornell Law. “He is one of the nicest people you’ll ever meet. Everywhere he goes he makes friends… He was incredibly bright and a terrific law student.”

Bill Lee served on Harvard’s Board of Overseers starting in 2002, prior to becoming the Corporation’s senior fellow. Last year, Lee chaired Harvard’s presidential search committee in the wake of former University President Drew G. Faust’s decision to step down. 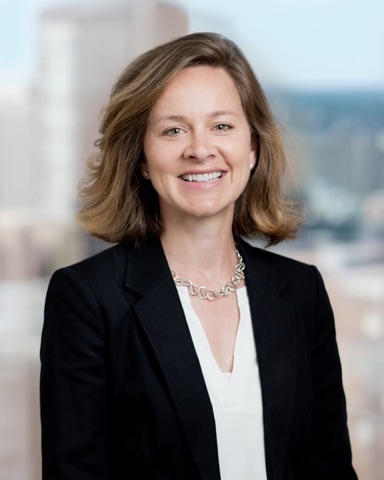 Felicia H. Ellsworth both ran a marathon and had a child while clerking for Supreme Court Chief Justice John G. Roberts, a “very impressive” feat according to fellow Roberts clerk Paul J. Nathanson.

Nathanson said Ellsworth brings extensive experience as a trial and appellate litigator, as well as a “brilliant legal mind,” to Harvard’s legal team.

Currently, Ellsworth serves as a partner in WilmerHale’s Boston office with Lee.

She began her law career — after graduating with high honors from the University of Chicago Law School — with clerkships under Roberts and Judge Michael Boudin of the U.S. Court of Appeals for the First Circuit.

Ellsworth joined Wilmerhale in 2008. Early in her career, she worked with the Commonwealth of Massachusetts to argue against the constitutionality of the federal Defense of Marriage Act. She was promoted to partner in 2014.

Since then, she has been regularly ranked as one of the top attorneys in Massachusetts. She was named to the 2017 “Top Women of Law” list of the Massachusetts Lawyers Weekly and a “2016 Trial Rising Star” by Law360.

Ellsworth, like many of the lawyers for both Harvard and SFFA, has a good deal of experience litigating before the Supreme Court. In 2014, she represented the beverage brand POM Wonderful in a suit against Coca-Cola before the Court. And in 2015, she co-authored an amicus brief with a team of WilmerHale lawyers on behalf of 303 conservative activists and politicians in Obergefell v. Hodges, arguing that the government should legalize same-sex marriage.

“By and large, people on both sides are big minds, constitutional lawyers,” Nathanson said. “It's not the normal trial lawyers you would find in litigation.”

"This is a small, small close-knit group of people who clerked together and are very well-equipped to litigate these types of complicated constitutional issues,” he added. 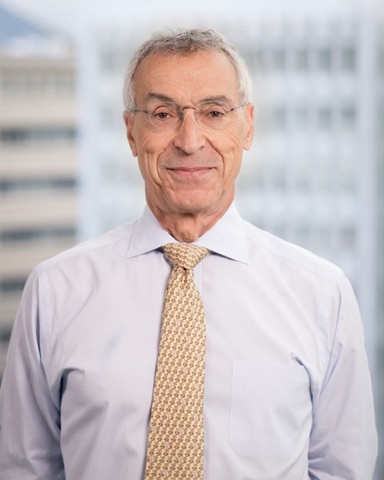 Former Solicitor General and Harvard Overseer Seth P. Waxman ’73 brings extensive litigation experience to the lawsuit between Harvard and Students for Fair Admissions — Waxman has argued over 65 cases before the U.S. Supreme Court. By Courtesy of WilmerHale

A seasoned appellate lawyer, former Solicitor General, and former member of Harvard’s Board of Overseers, Seth P. Waxman ’73 will bring with him a host of experience when he steps into the John Joseph Moakley Courthouse Monday.

Waxman is currently a partner in WilmerHale’s Washington, D.C. office. He has a long record as a litigator before the U.S. Supreme Court, having delivered more than 65 oral arguments before the Court.

Waxman’s colleagues say he brings a sharp mind to the courtroom. In a 2012 interview about his legal strategy, he said his success rests on his ability to explain his case in terms simple enough for his young children to understand.

Former Solicitor General Paul D. Clement wrote in an email that, while he has argued both with and against Waxman before the Supreme Court, he “much prefer[s] the former.”

“Harvard has hired one heck of a great lawyer in Seth,” Clement wrote. “He will know his case and the case law inside out.”

Walter E. Dellinger III — who directly preceded Waxman as Solicitor General — wrote in an email that Waxman is uniquely positioned to argue the admissions case, combining “a commanding presence at the podium” with “a real understanding of how universities work.”

Waxman was the lead counsel of an amicus curiae brief filed with the Supreme Court on behalf of Harvard and 13 other universities disputing Fisher’s claim.

“When a university considers which applicants will best contribute to a vibrant learning environment intended to prepare citizens and leaders for a heterogeneous society in which race remains a salient social factor, the university need not ignore the communities from which its students come,” he wrote in the brief.

“Seth is easy to work with and conscientious, a good friend and superb lawyer. [This is] the sort of case that is almost certainly going to the Supreme Court and Seth’s record as Solicitor General puts him in an elite group of people,” Pratt said. 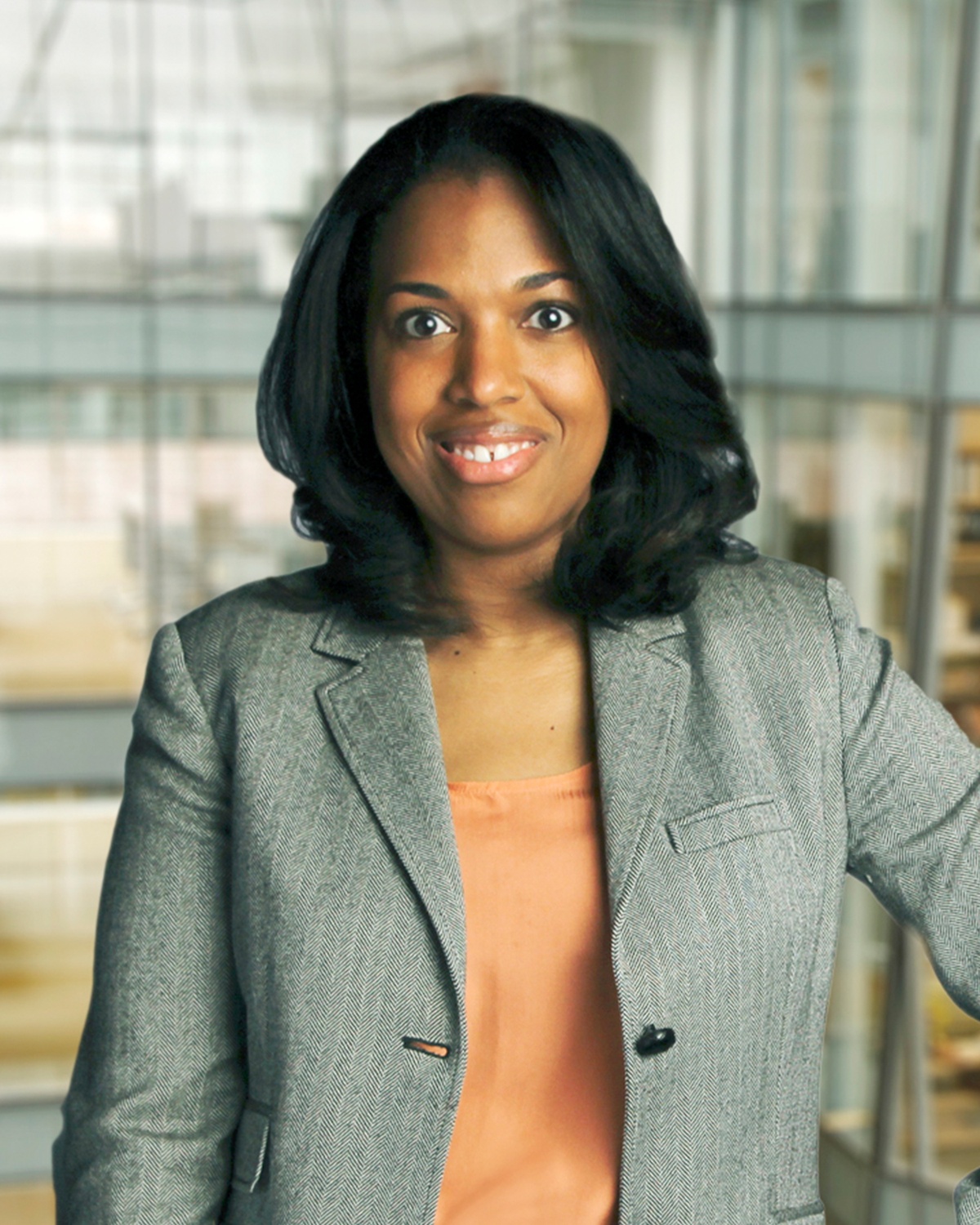 By Courtesy of WilmerHale

Hailed as one of the D.C.’s 2017 “40 Under 40” by the Washingtonian, Danielle Y. Conley has extensive legal experience — both at WilmerHale and in the Department of Justice.

And she’ll probably need it. Conley is one of five lead lawyers who will represent Harvard in the admissions trial.

Though already a partner at WilmerHale, Conley left the firm for two years — from 2015 to 2017 — to work in the Justice Department under the Obama administration. During that time, she advised Deputy Attorney General Sally Q. Yates as an associate deputy attorney general.

She is currently a partner and co-chair of anti-discrimination practice at WilmerHale.

Robert T. Novick, co-managing partner at WilmerHale, praised Conley’s “excellent judgment and deep experience in complex government litigation and enforcement matters” in a press release announcing her return to the firm in 2017.

Much of Conley’s past litigation has focused on government litigation and statutory and constitutional issues. Conley also served as one of the lead trial lawyers in the case known as Veasey v. Perry, in which her team successfully challenged the constitutionality of a Texas photo ID law.

One of Conley’s self-described mentors is John A. Payton, who served as lead counsel for the University of Michigan in Gratz v. Bollinger, a Supreme Court case concerning affirmative action in university admissions.

Conley attended the Howard University School of Law, where she served as a staff editor for the Howard Law Journal.

Former Crimson editor Ara B. Gershengorn ’93 brings an insider’s perspective to Harvard’s legal team — Gershengorn currently serves as an attorney in the University’s Office of the General Counsel.

Like the other lawyers arguing for Harvard in the high-stakes and high-profile trial, Gershengorn has followed a well-trodden and prestigious path within the legal profession. After graduating from Harvard College — where she covered sports for The Crimson — she attended Columbia Law School, worked for the Columbia Law Review, scored an appellate court clerkship, and joined the Department of Justice Honors Program.

A former partner at Boston-based law firm Foley Hoag, Gershengorn has years of experience with civil litigation. During her time as a partner at Foley Hoag, she wrote an amicus brief on behalf of several federal cabinet secretaries in the landmark Supreme Court case U.S. v. Windsor. The brief urged the Court to overturn the Defense of Marriage Act — a law barring same-sex couples from receiving certain federal benefits — which the court ultimately ruled unconstitutional.

Since 2016, Gershengorn has marshalled her skills in the courtroom to teach students at Harvard Law, where she serves as a lecturer. She is slated to teach a course titled “Advocacy: The Courtroom and Beyond” in 2019.

According to the General Counsel website, Gershengorn currently advises Harvard on investigations, litigation, and law enforcement related matters. Perhaps most significantly for this fall’s trial, the website also lists “race conscious admissions” among her areas of expertise.