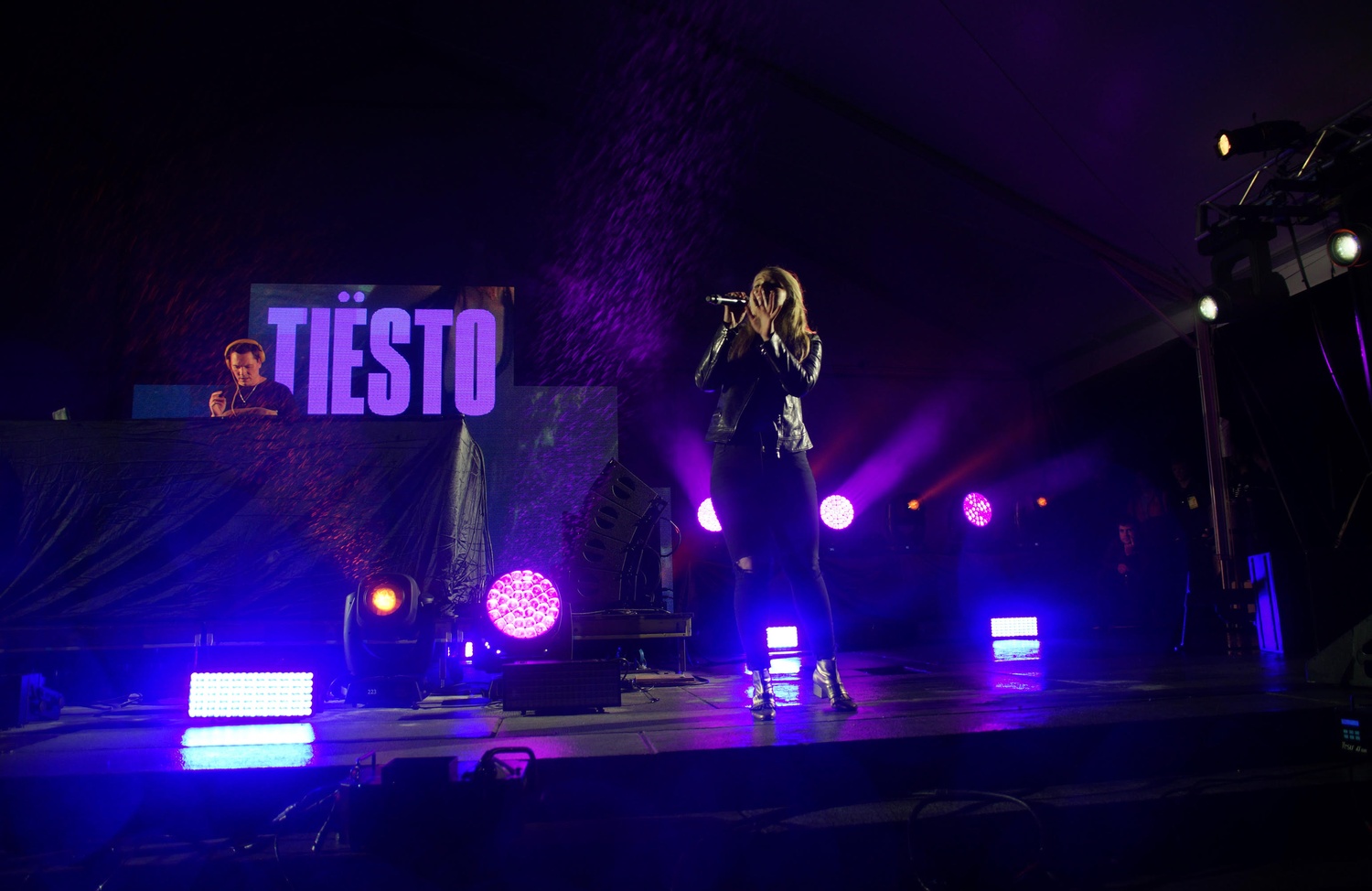 Ten student performances will be competing for two spots to open for this year’s Yardfest headliner. While the battle is set for Mar. 22, The Harvard Crimson caught up with some of the bands to talk about their music and what they’re excited for.

This four-man band plays a diverse range of music including folk, pop, rock, and indie. “We’re going to try really hard to be very engaging with the audience,” band member Chris G. Haley ’19 said. “And also, we’re going to play an original song.” This song, “Walking on Air,” is from New Dakota’s EP, which will be released in April according to Haley.

When asked about this group, founder James A. Mathew ’21 said, “21 Colorful Crimson, a.k.a. 21 CC, is a musical group of 21 Harvard freshmen. The group isn’t just musicians—we have singers, rappers, producers, but also film crew and a business team.” Mathew also said that 21 CC aims to donate revenue generated from future performances and sales to charity. “In everything we do, we’re always looking to spread… our fundamental themes, which are creativity, inclusion, and love,” Mathew said. “We try to use our music as a vehicle for spreading those three things.”

This trio of Harvard students performs original music that is self-described as “folk psychedelic rock DIY punky soul trance,” and utilizes a variety of instruments from the guitar, to the fiddle, to the bucket drum. Despite the group’s name, Soft Star’s Facebook page reads, “We aren't soft or stars yet, but we're working on it.”

One of the few stand-alone artists, Luke A. Martinez ’19 will also be performing at the Battle with the hope of landing the chance to open at Yardfest. They will be performing an original song, but is not revealing its name early in order to surprise the audience. “I’m excited because I think a lot of people don’t know exactly what my music sounds like and they’re going to get a chance to hear it at full potency,” Martinez said.

Avanti Nagral ’20 grew up surrounded by rhythm. With a background in broadway, Sufi, gospel, soul, Bollywood, and pop, Nagral is one of the first students to pursue a dual degree from Harvard and Berklee College of Music. For the Yardfest lineup, she will be singing alongside dancers Alaisha Sharma ’20 and Margaret Canady ’20. “My professional start was in theater, and I try to incorporate elements of different performing arts whenever I perform,” Nagral said. At Harvard, Nagral has performed at Arts First, Cultural Rhythms, Cambridge Queen’s Head, Ghungroo, and formals and student group events. As for Yardfest, she said that, though she often performs at various venues, she’d love an opportunity to perform for all of Harvard.

TJ Song ’20 and Hurlink Vongsachang ’20 were originally just LPSA office-hour buddies. They casually joked about performing together in a Facebook comment about a singing/beatboxing duo this past summer, and when they were in the same area, they gave it a shot. Now, they create mashups together. Vongsachang, an avid beatboxer, is also a co-choreographer for the a capella group the Harvard Lowkeys and performed in the freshman talent show last fall. Song debuted his own song, “Immature,” on YouTube last August. As to what audience members should expect on Thursday?

“I feel like it’d be better as a surprise,” Song said. “Just try to imagine guitar, vocals, and beatboxing coming together into a mashup of popular radio songs.”

DJ Alexander D. Kim ’18 and music producer Jason S. Cui ’18 make up the electronic music duo Social Committee. After realizing that they shared a love for electronic music, the pair officially established their team last year. “We started with school events like formals and we progressed up to gigs in the local Boston area,” Cui said. Now the pair hopes to headline Yardfest. “I think people love the music we bring for the same reasons Alex and I like electronic music,” Cui said. It’s super fun to listen to and super energetic.”

Difficult to pin down in style but clear in intention, The Electricians play and cover rock, blues, jazz, reggae, and more, all in the pursuit of two goals. “We’re here for the money, we’re here for the fame. We’re here to have a good time mostly,” guitarist and vocalist Aaron B. Argyres ’18 said. When asked what competitive edge they have for Thursday’s competition, Ian H. McClanan ’20 replied, “I was unaware this was a competition format. I would say mostly sex appeal.”

Disco Band!, the thirteen-person, ’70s inspired disco group began with a joke. “It all started with a group of friends and musicians who would often joke about how disco music is the ultimate dance music, and should logically be the only thing that’s ever played at parties,” Jacques Berguig ’18 said. Soon, that joke turned into a project with over a dozen members. Berguig believes the scope and authenticity of Disco Band! will push his band to victory. “We have a 13-person band, including a horn section and back-up singers, dedicated to capturing the whole feel of the disco and funk era. From Earth, Wind & Fire to ABBA, from the Village People to the Jackson 5, our only purpose is to play whatever will make people dance, so I have no doubt at all that we could show everyone an amazing time.”