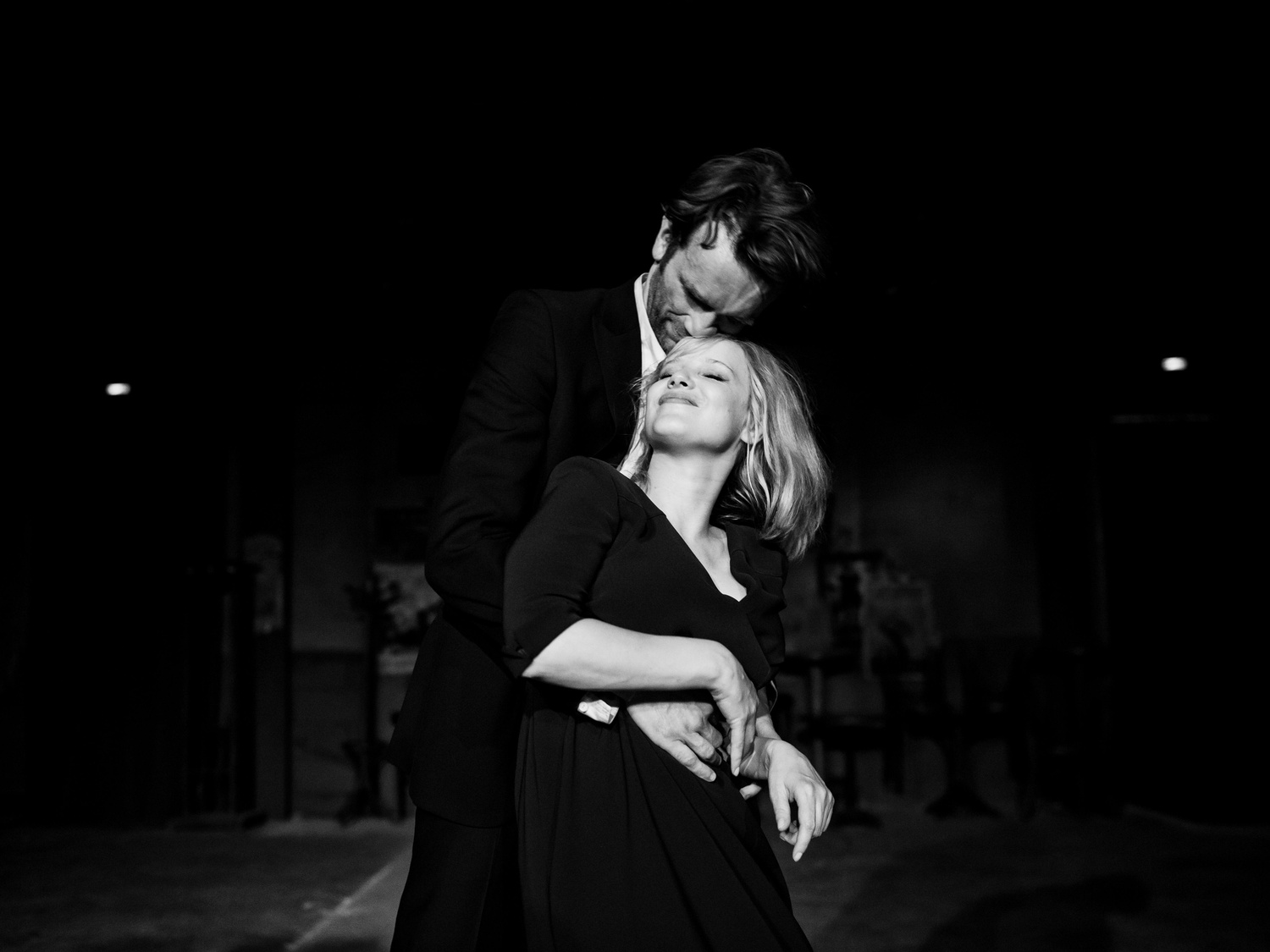 Poland, 1949: Young Zula (Joanna Kulig) is a free-spirited teenage girl, chosen for a selective music and dance program led by Wiktor (Tomasz Kot), a composer in need of a muse. Among many auditions, Zula’s—first a harmonized duet, then a solo from a Russian film—stands out, and Wiktor is instantly enamored, both by her potential talent and her vivacity. After the chorus’s first successful performance, Zula and Wiktor share a lingering look across a crowded room, and the rest, as they say, is history. Polish director Pawel Pawlikowski checks in on various moments of Zula and Wiktor’s long, complicated history together, from Zula’s continuing career as a singer to Wiktor’s affair with a French poetess, from Warsaw to Berlin to Paris and back again. Meanwhile, European political conflict looms in the backdrop of their tumultuous romance, countries blockaded and dictatorial regimes in place, the shelling like the rumble of distant thunder. Without seeming resolute or preachy, Pawlikowski’s “Cold War” ("Zimna wojna") is a clarion call for the enduring power of love in a bleak time. Or if not love, something like it—a particular bond between two people that stays the course, Zula and Wiktor reliably brought back together, time and time again.

As Zula, Polish actress Joanna Kulig captivates, managing to capture her as authentically as a self-determined teenager as she does as a restless adult woman. Zula arrives on the doorstep of the music academy with a rep: “[My father] mistook me for my mother, so I used a knife to show him the difference,” she tells Wiktor, insouciant. Her first sexual interaction with Wiktor feels less borne out of love, and more out of adolescent experimentation, her eyes nervously open. But her spirit never disappears, only evolves and deepens, as her surroundings change from the dance halls of Poland and Germany to the dusky, smoky bars of Paris where she performs as a jazz singer. She openly flirts with other men in front of Wiktor, dances wildly on tables to American rock, even brags to Wiktor about sleeping with his friend: “Michel is great,” she says acridly, “he fucked me six times in one night.”

Her biting words impart a love too unlucky to sustain itself, one that flickers from hot to cold in the blink of an eye—or rather, in the break from one brief flash of them together to the next, the starkness of their relationship reflected in the cinematography itself. “You’re not afraid of the primitive and monotone?” asks a driver at one point, though the question is better directed at Pawlikowski himself. The film’s black and white monotony is evocative of the bleak milieu the war creates across borders, from Paris to Warsaw, the lovers equally steeped in a crippling despair—sometimes for years—as they await the next time they can be together. And as those years progress, Zula grows increasingly embittered by their too few moments together, her acidic tone belying the cheerful words she spits at Wiktor. “Everything is perfect here. It’s Paris,” she tries to convince herself. “Everything is great.”

It’s the music that attempts to attenuate the sorrow that underlies the film’s narrative and visual aesthetic. “Through this world, you will enter a world of music, song, and dance,” promises Wiktor’s colleague of the “peasant-style” dance troupe Wiktor creates at the start of “Cold War.” And he’s right: The music is simultaneously enlivening and disheartening, Zula’s dance sequences and singing performances alternatively revelatory of a yearning for Wiktor and a resentment for the sensationalized persona he tries to impose on her. “Dark eyes, you cry. You can’t be together. You can’t be together,” sings Zula, a refrain literalized in the impossibility of their star-crossed love. And when a former lover of Wiktor’s translates the song into French for Zula to sing on a record, the conversion is as hollow as Wiktor accuses Zula’s singing to be. “The pendulum killed time,” reads the French version of the song, a throughline mirroring the couple’s devolving relationship as the emotion gets lost in translation. “Que sera, sera,” laments Zula at the inevitability of their imminent undoing.

As Pawlikowski’s love story unfolds throughout the years, eventually concluding 15 years later in 1964, his characters testify to the unlikely (im)possibility of lasting passion, their enduring love surviving an unlucky number of difficulties and obstacles. “Is this God-given love, or one whispered by the Devil?” read more lyrics. In “Cold War,” it’s both, Zula and Wiktor’s relationship too cold to warm and alleviate the friction of a Cold War that denies two Poles the right to love each other.