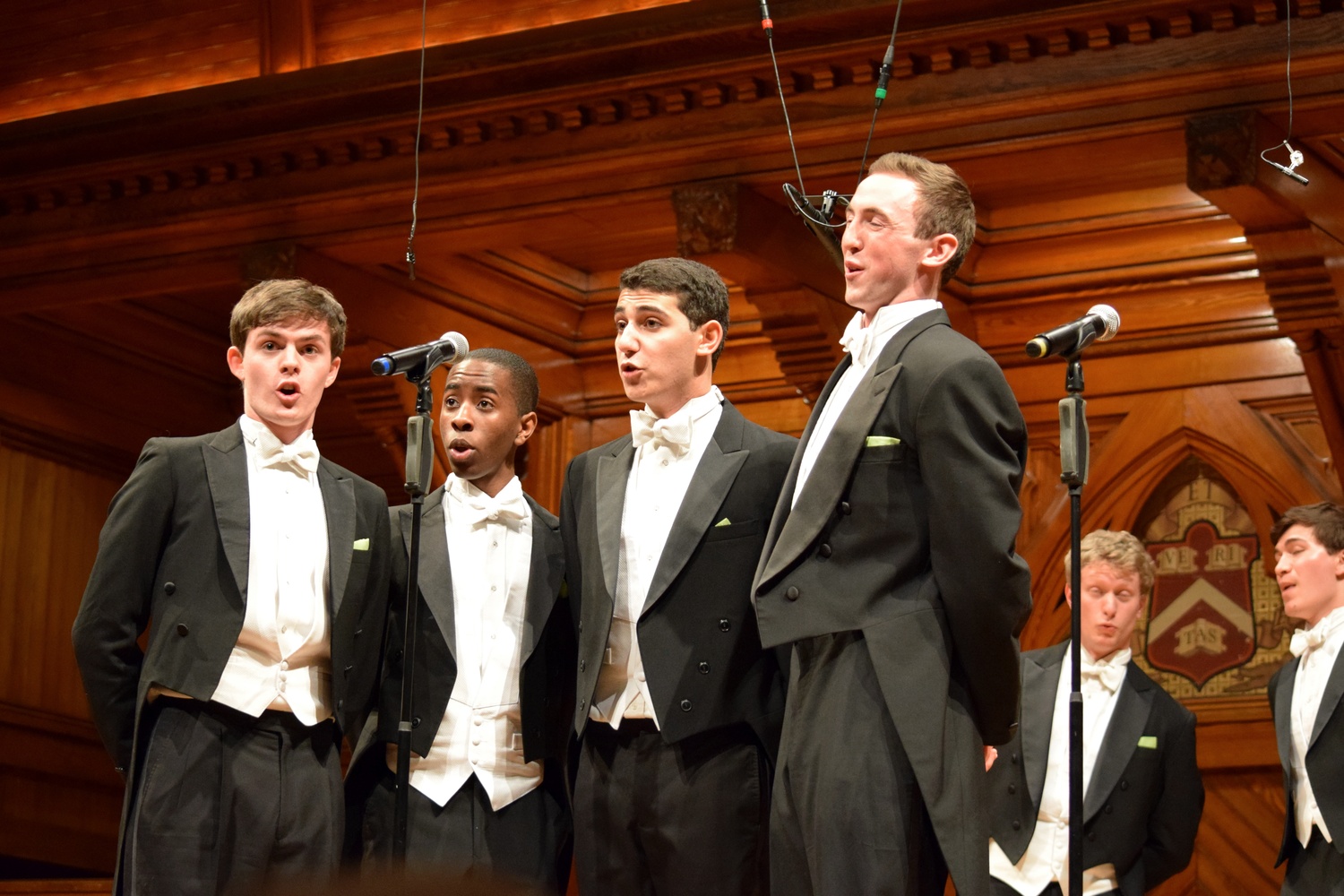 This article has been updated.

Despite increased administrative scrutiny of single-gender campus groups in recent years, some musical groups say that the makeup of their membership — and possible shifts toward co-ed status — are driven by auditionees’ abilities, not their gender.

In announcing the move to cast women, Pudding President Grace C. Ramsey '19 specifically pointed to the expansion of the available talent pool that going co-ed engineers.

"We as an organization continue to be in awe of the level of talent of the students on Harvard's campus, and we are so excited that for the first time in 175 productions, Harvard students of all genders will have the opportunity to showcase that talent on the Hasty Pudding stage," Ramsey wrote in an email early Monday.

The president of the Dins wrote in an email that the group selected Joseph for her skillful singing.

“The Dins have always sought out the most talented Harvard singers to achieve our signature sound,” Dins president Luis B. Valencia ’20 wrote in an email. “ This year the Dins' accepted a talented woman who we felt furthered our goal of being the premier collegiate jazz a cappella group in the world.”

Groups that are staying single-gender in practice also say their actions are driven by the quest for relevant Harvard talent.

The Radcliffe Pitches, the Radcliffe Choral Society, and the all-male Harvard Glee Club all recently adopted gender-neutral membership practices. Some say they've remaining single-gender in practice so far because it best fits the musical ranges in which their companies have historically sung.

Professor Kaoruko Yoshida-Pilkington, a Voice Instructor at Berklee College of Music, said it's understandable that some performing groups would want to remain all-female or all-male for purely musical reasons.

“In a chorus, the most important thing is to blend — and similar voice styles blend very well,” she said.

Leyla J. K. Brittan ’19, a Crimson staff writer and former president of The Pitches, explained that, even though the group has long accepted only members who identify as female, the group’s constitution does not explicitly mandate all-female status.

“For my entire time in the Pitches, we technically have been gender-neutral; our constitution labels the Pitches as a female-voiced group,” she said. “But there is a clause that says we ban discrimination, that no one can be denied admission on the basis of sex, gender, or sexuality.”

According to Pitches music director Hannah N. Johnston ’19,  all of this year’s auditionees were female-identifying. Still, she remains optimistic for change going forward.

“We did not have anyone audition who did not identify as a female member, so I hope it’ll happen within the next couple years,” she said.

Johnson added that the group’s aspiration towards a gender-neutral ensemble is not a spur-of-the-moment whim.

“It was a bunch of little conversations that added up on and off over the last couple of years,” she said.

The Pitches perform pieces arranged for singers in the soprano and alto ranges, which can slim the audition pool.

Brittan said that, if an individual who does not identify as female auditions — and if that individual sings “in the soprano to alto range and was a better candidate" — then "we would accept him.” The issue, Brittan said, is that this policy is not widely known to students who might consider auditioning.

The same is true for the Radcliffe Choral Society, which also sings soprano-alto music. The RCS updated its bylaws in April to specifically open its membership to individuals of all genders — a few months after administrators warned the group it would become “inactive” if it failed to update their guidelines in this manner (Harvard later clarified that it had sent this warning in error and that RCS would not face any consequences for refusing to alter its constitution).

Still, RCS president Elise C. Alexander ’19 said the chorus’s push for gender-neutrality had been happening for “as long as she can remember,” and that it began independent of campus-wide conversations around single-gender groups — conversations spurred and sharpened by Harvard's controversial May 2016 sanctions on  members of unrecognized single-gender Greek organizations and final clubs.

“The RCS was founded in 1899 at Radcliffe [College], and so had this tradition of pushing things forward. It was a place for women to sing when there wasn’t any place on campus for women to sing,” she said. “Because that breaking barriers is part of our history, we’re always conscious of where we can be more inclusive and push forward.”

The Glee Club announced it would also go gender-neutral last spring, despite some disagreement among its membership. The group's president at the time, Connor A. Horton ’18, said some members were concerned that admitting women would lead to a change in the type of music the group typically performs.

In an emailed statement, Glee Club president Andrew B. Jing ’19 wrote that discussions regarding the gender makeup of the group had been ongoing for “several years.”

“Every year for the past several years (at the very least four), the Glee Club had had discussions about amending its policy and by-laws so as not to have gendered language in its eligibility requirement (and instead base it only on voice part, as well as vocal fit and musicianship as advised by our faculty conductors),” Jing said.

Similar to the Pitches, Alexander wrote in an emailed statement that RCS’s auditionees are assessed solely by their musical range — not their gender.

“Our auditions process (which occurs as part of the Harvard Choruses alongside Collegium and Harvard Glee Club) categorizes singers by voice part, not by gender,” she wrote. “This means students were evaluated as sopranos, altos, tenors, and basses — not as males, females, or something else.”

“We continue to be a tenor-bass (lower voice) choir,” he wrote. “The amendment to our by-laws directs us now to consider only the qualities of musicianship as well as vocal range, tone, and blend in our auditions process, which is integrated among all three of the Harvard Choruses.”