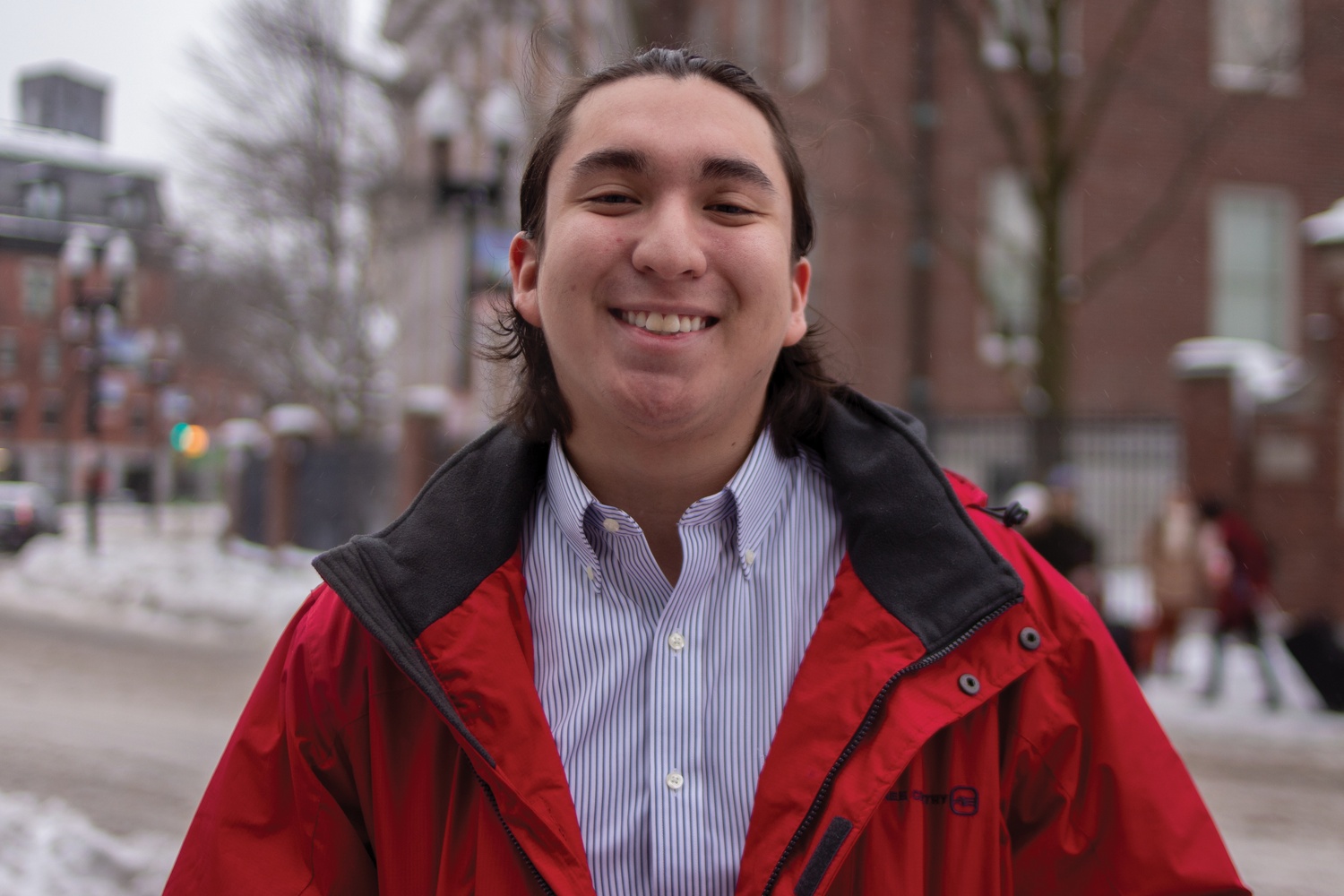 Eli J. Langley '20 received a language credit this semester for his work on Koasati — a tribal language he has worked to preserve. By Awnit Singh Marta
By Jonah S. Berger and Molly C. McCafferty, Crimson Staff Writers

But when he arrived on campus, Langley said he found that the Faculty of Arts and Sciences’ language programs did not allow him to see his passion for Koasati reflected on his transcript. Unable to use Koasati to fulfill his language requirement, Langley said he spent the next two and a half years lobbying the Office of Undergraduate Education to receive credit for his studies, even taking a yearlong leave of absence while he worked on the cause.

Koasati is the language spoken by the Coushatta Tribe of Louisiana, a federally recognized Native American tribe with only 865 members. Langley, who grew up on a Coushatta reservation, estimates that only 200 to 300 people currently speak Koasati.

His work preserving the language — what he calls “the thing that I've cared about the most my entire life” — featured heavily in his college applications. Though multiple Harvard officials, including his admissions officer and a resident dean, asked him about his work, Langley said he was for a long time unable to actively pursue his goal at school.

“I just remember feeling like I told these people who I was and what I cared about when I was applying,” Langley said. “I almost felt like I wasn't welcome, or that I didn't fit, or that there was something wrong and that this wasn't the right place for me.”

But recent changes to the College’s language requirement in its handbook have paved the way for more Native-American students — as well as those proficient in other languages such as American Sign Language and Ancient Greek — to receive credit for proficiency.

The changes — approved by the Faculty in a November vote — allow students seeking to test out of a language not offered at Harvard to ask the OUE to recruit a qualified examiner from another university.

Previously, students who wanted to fulfill the requirement with a language not offered by FAS had to appeal in order to find an expert at Harvard who could administer the exam. The changes also allowed students to use languages without a “written component” to fulfill their requirement.

For some native languages with very few speakers, the process of finding a Harvard examiner could be burdensome, if not impossible, according to Philip J. Deloria, a history professor whose work focuses on indigenous peoples.

“I think one of the things Eli’s case shows is a recognition, certainly among mid-level and upper-level administrators, that you know, this is really not the best thing for our students, and we really ought to rethink this a bit,” he said.

Last month, Langley received word that he would be allowed to take a Koasati proficiency test. Professor Jack B. Martin, a linguist at The College of William and Mary who specializes in Muskogean languages and worked on the Coushatta tribe’s project to restore Koasati, proctored the test.

Last week, the OUE told Langley that his fluency in Koasati would fulfill the language requirement.

Noah D. Cominsky ’20, president of Native Americans at Harvard College, said he applauded the College’s decision to allow Langley to use Koasati to fulfill the language requirement. He cited the Harvard Charter of 1650, in which the University promised to “conduce to the education” of “Indian youth.”

Deloria said that Native languages — whose preservation he called “fundamentally important” to Native students and their communities — may require different standards than other languages, especially given that some have become “endangered.”

“Establishing a set of criteria that look like a French exam translated laterally to a Native language is not a recipe for success,” Deloria said. “There may have to be a little bit of flexibility around that.”

Langley said he was in part inspired to continue pushing administrators to grant him credit for his study of Koasati by the younger Native students at Harvard who wanted to test out in their own languages. He called the accomplishment both a personal victory and “a victory for Indian country at the oldest university in America.”

“I wanted to do it primarily for me, because I felt that it was important for my language and I thought it would have been like a really special part of history and been the right thing to do to recognize my language,” Langley said. “But a huge consideration also was that, if I stopped, then my feeling was that this would just continue happening.”

“It will be a step in the right direction, towards language recognition for not just American Indians, not just any particular people group, but for anyone that has felt like their language wasn't given credibility by Harvard or by institutions like Harvard,” he added.