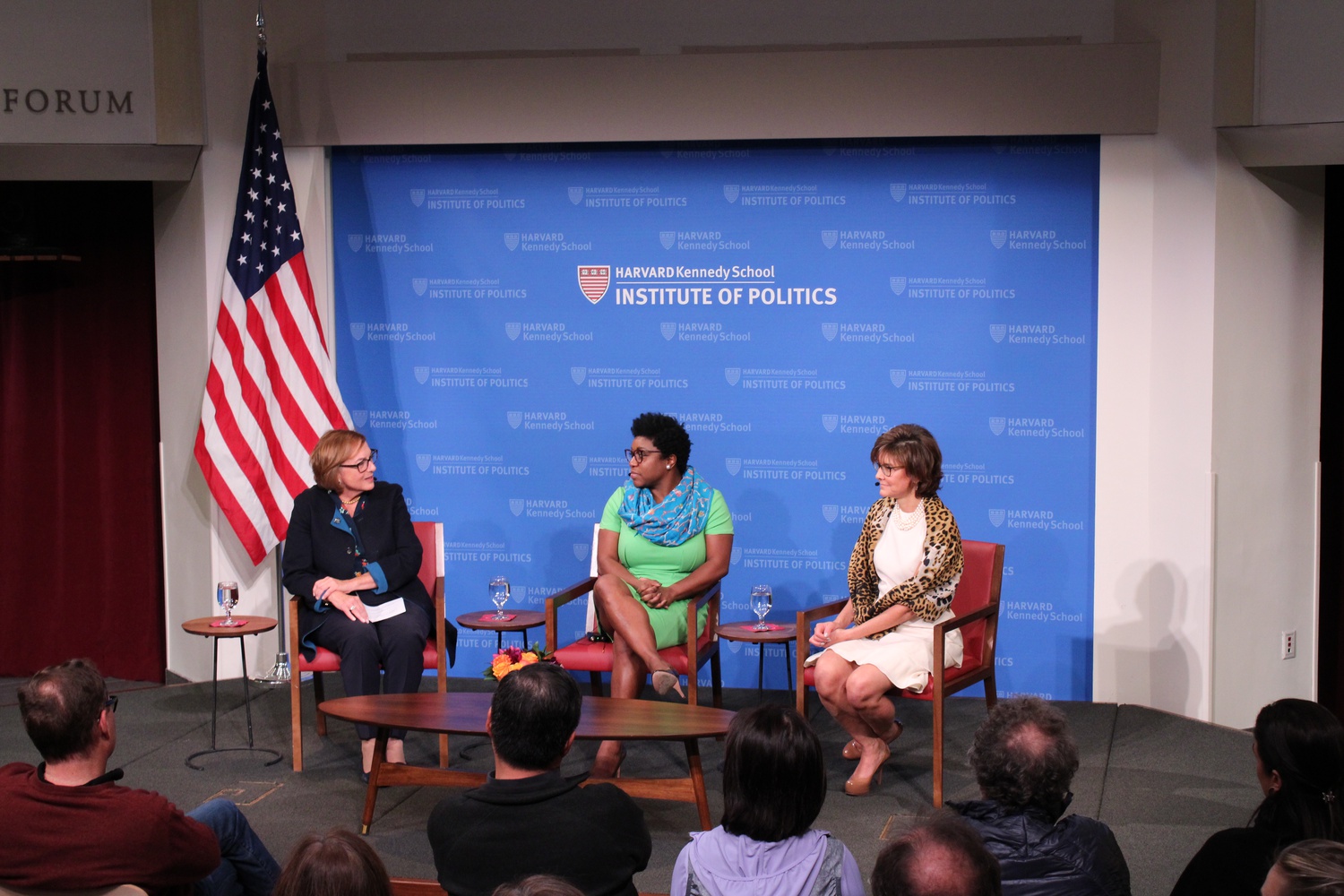 At a forum titled, “Stories from a State Dinner: The Diplomacy is in the Details,” Dyer and Marshall shared personal anecdotes that ranged from planning the first lady’s birthday party to arranging the pope’s visit to the United States. Jackie O’Neill, the University’s former chief of protocol, moderated the conversation.

Marshall was President Bill Clinton’s White House social secretary from 1997 to 2001. Under the Obama administration, she served as chief of protocol of the United States — a position bearing the rank of ambassador — from 2009 to 2013.

She said her two roles were different because as chief of protocol she adopted a heavier international focus.

“They were very different in the way they are focused, but very similar in that they are about outreach,” Marshall said.

Dyer started her White House career as an intern at age 30, while simultaneously attending community college. Her internship became a seven year full-time stint in the White House, culminating as social secretary from 2015 to 2017. She is currently a resident fellow at the Institute of Politics.

Dyer said that, as social secretary, she focused on making the White House feel like home to visitors — whether they passed through on a tour or attended a formal dinner. She said this effort marked part of former First Lady Michelle Obama’s effort to rebrand the White House as “The People’s House.”

“‘The People’s House’ meant really making it a house that everybody felt like it was theirs, because it is,” Dyer said. “It’s an office, it’s a residence, and it’s a museum but we also wanted to make it feel like home to whoever came through.”

The two social secretaries also told the audience about their favorite moments on the job.

Dyer recounted the time she booked a choir from St. Augustine Catholic Church — a historically black parish in Washington, D.C. — for the pope’s arrival to the United States. She said that it was a moment that stood out to her because she was able to showcase the choir’s talent.

“They started singing, and I looked over and the president and the pope were swaying,” Dyer said. “To me that was proudest moment.”

Marshall said she did not have a particular moment that stood out to her as a favorite, but she fondly recalls standing next to the president whenever someone said “Hail to the Chief.”

“And whether it was President Clinton or President Obama, watching them take on the position, taking on the weight of the Presidency, and standing a little straighter, bringing the chest up,” Marshall said.

Dyer said social secretaries must be prepared to shoulder demanding responsibilities. If an event did not go well, she said, there was not a chance to redo it. Instead, she said she hoped that people saw the final product instead of the process.