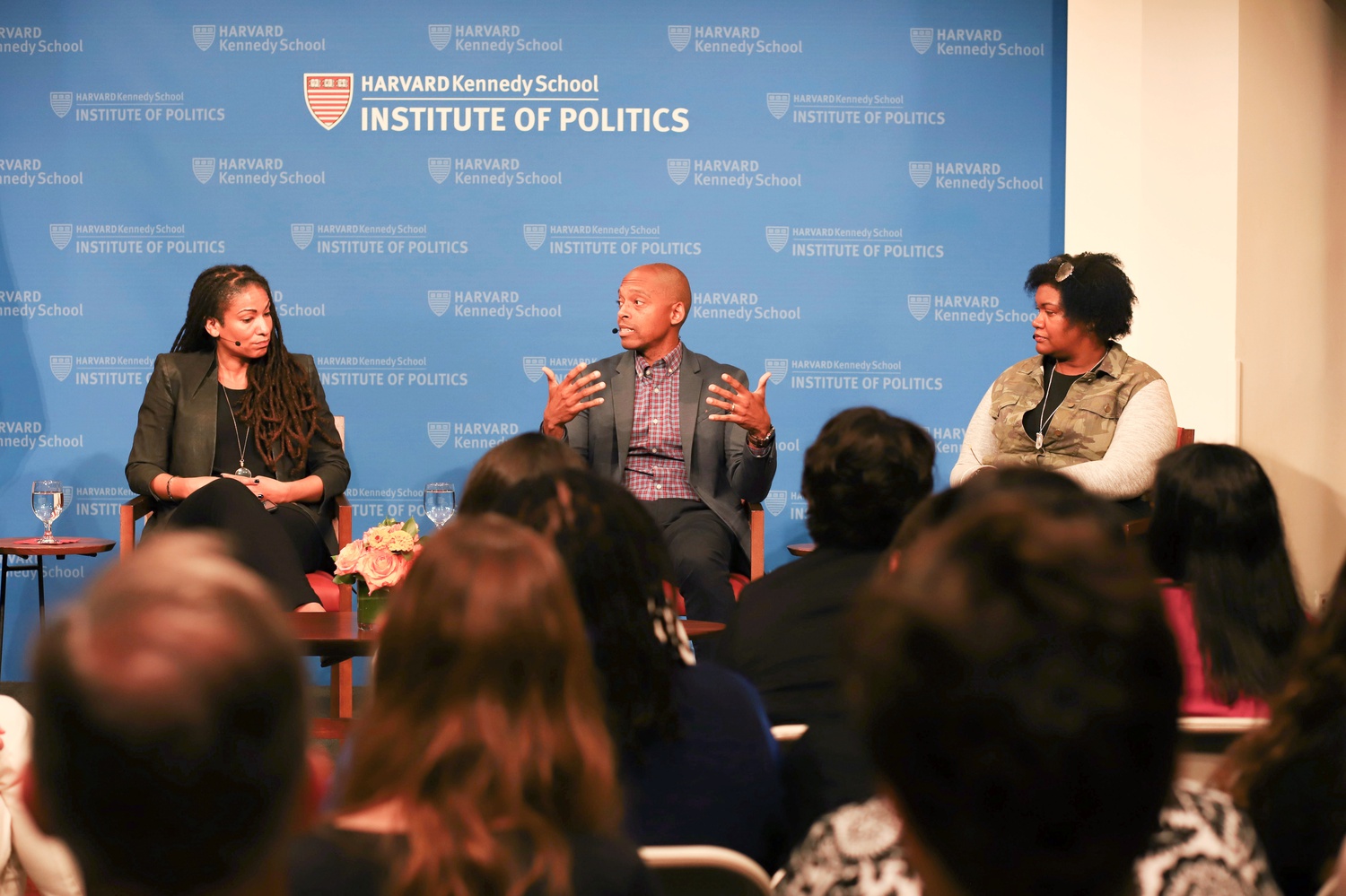 Academics and media experts warned of the limits of inclusion in technology at a forum hosted by the Institute of Politics on Wednesday evening.

The panelists at the event — dubbed “The Politics of Difference: Race, Technology, and Inclusion” — discussed a variety of topics, ranging from targeted advertising in social media to video game “culture wars.”

Joan Donovan, the director of the Technology and Social Change Research Project at the Shorenstein Center, moderated the event. Donovan opened the panel by pointing to a “culture shift” in technology and inclusion.

“There’s a lot of inclusionary rhetoric that we traffic in exclusionary politics,” she said.

Harvard Kennedy School professor and panelist Khalil Muhammad spoke about his research on state-weaponization of big data. He said crime statistics have been used as a “measure of citizenship” and justification for eugenics and immigration restrictions.

“They claim the data itself was divorced from a political agenda. It was just a simple articulation of the facts of the choices that individuals made in some way. And the data just accumulates in their behavior,” he said. “But of course, their behavior was subject to surveillance and was subject to different standards of treatment, and justice, etcetera.”

Panelist Latoya Peterson, known for her award-winning blog Racialicious.com, shared the story of the time a reader suggested she look into a piece about white supremacists using “search engine optimization” to “hijack” the legacy of Dr. Martin Luther King Jr.

Panelist Ruha Benjamin — an associate professor of African American Studies at Princeton — explained this phenomenon as the “innovation of racism.”

“We're trained to think about racism as sort of what happens in the backwoods as a byproduct of not knowing things,” she said. “But the fact that is that it’s often forward looking.”

At the end of the event, the panelists stressed the need for more diversity in newsrooms, digital platforms, and technology, as well as collective organization to push innovation in the right direction.

“The more you come to a community of people who can collaborate and share resources to get those apps — or whatever it happens to be — off the ground, the more likely we are to move the needle,” Muhammad said.

Graduate student Cierra B. Robson who attended the event said her main takeaway was that technology “moves in very interesting, often unintended ways.”

“That doesn't mean that it's necessarily bad, but it does mean that we need to be cautious,” she said.