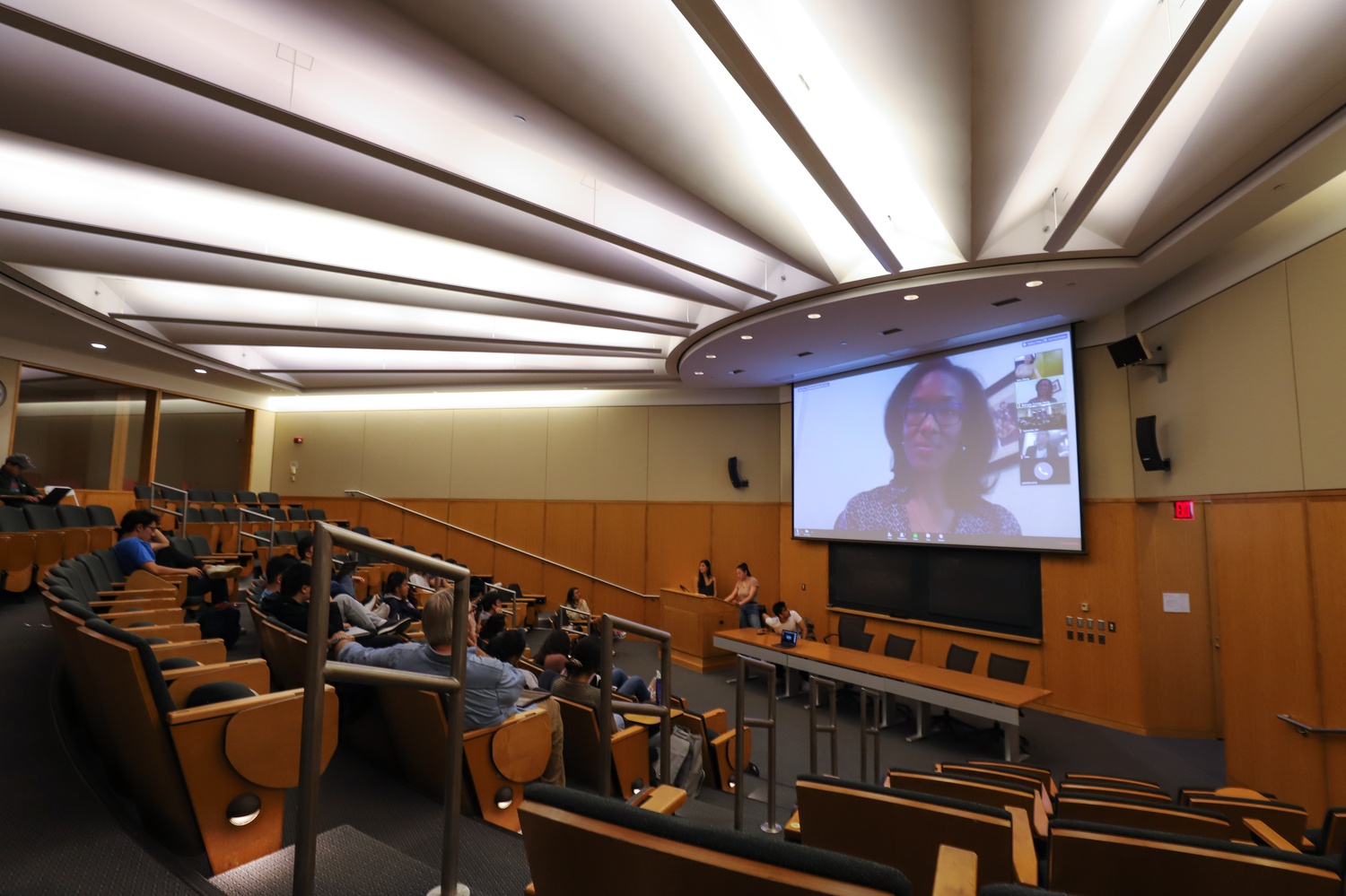 Attorneys from the NAACP Legal Defense Fund discussed the next steps of Harvard’s admissions lawsuit and thanked students for their involvement in the case at a student-run forum Tuesday evening.

All of the co-sponsoring groups are signatories to the amicus brief filed by the NAACP Legal Defense Fund in support of Harvard last year. Twenty other student and alumni organizations also signed onto the brief.

Turnage Young estimated that the briefing stage would take about six months, though the timing varies depending on whether the judge grants extensions. After that, a hearing would occur within three to four months, according to Turnage Young. A few months after the judges should have a decision, she said.

Turnage Young also told students that they could continue on as amici in the appeals process.

AAA Co-President Amy Zhang ’21 said she found the information about next steps useful.

“That’s something that’s very hazy for many students,” she said. “Most people in cultural organizations on campus have been having conversations about race and how this lawsuit impacts them personally, but I think it was so helpful having them come in and really talk about the legal and logistic side.”

Zhang and AAA Co-President Samantha G. Um ’21 said they personally support their organization continuing to be an amici, but they noted that it is up to future AAA leaders to determine the group’s stance and level of involvement.

Turnage Young also thanked the students present for their involvement with the case. She highlighted the fact that Burroughs referenced student and alumni testimony multiple times in her 130-page decision.

“It’s been our complete honor to represent all of you. It’s been so inspiring to see all of you come together across differences to weigh in on this case,” Turnage said. “You contributed in a huge way to the factual record. The factual record — the evidence and testimony that was presented — is what the judge based her decision on and it absolutely will be the basis of how this case moves forward on appeal.”

Multiple students at the event said that they were “relieved” upon hearing the outcome of the Oct. 1 decision.

Um said she wanted to have the discussion after the trial to provide students of color on campus “a platform to voice their differences.”

“Bringing the community together after a big decision like this, that affects everyone in the community, was an important thing for us to do,” Um said.