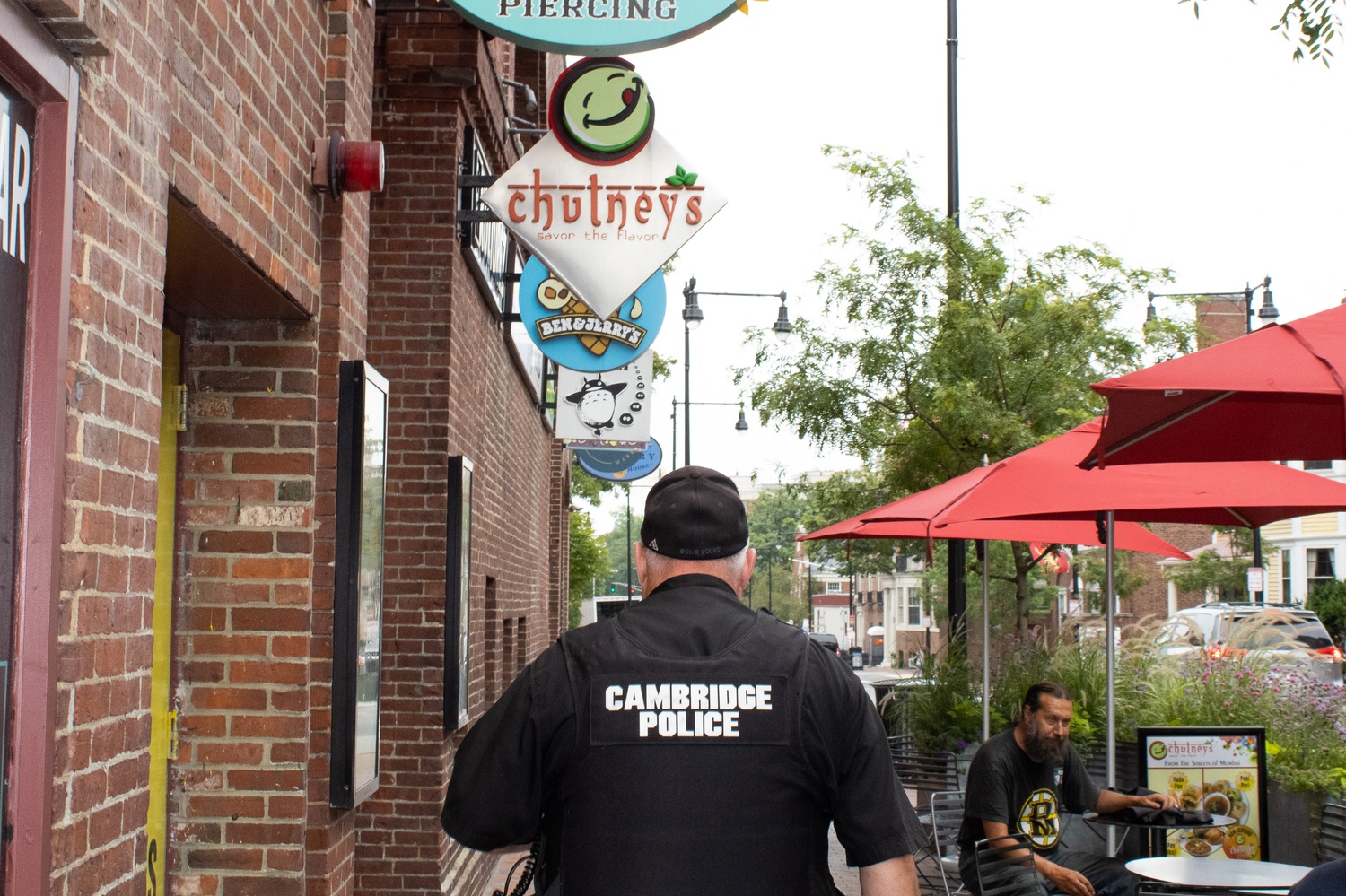 CPD sent the University an invoice to pay for 'safety and security support' for the HGSU-UAW strike. By Juliet E. Isselbacher
By Ema R. Schumer, Crimson Staff Writer

The Cambridge Police Department billed Harvard around $185,000 in security fees associated with the first two weeks of the graduate student union’s strike, according to CPD spokesperson Jeremy Warnick.

CPD sent the University an invoice to pay for “safety and security support” associated with the Harvard Graduate Students Union-United Automobile Workers strike earlier this month, Warnick wrote in an email. The bill covers strike-related costs the police department incurred between Dec. 3 and Dec. 16.

Warnick wrote that CPD intended to keep both passers-by and picketers safe. He added that Harvard requested the additional security.

“Our goal with this type of event is to provide a police presence in order to insure the safety of those participating and to maintain the normal flow of pedestrian and vehicular traffic,” he wrote. “In the event of a disturbance or hazardous traffic event, officers would be responsible for assignments such as crowd control, road closures, traffic detour contingencies, enforcement (if necessary), etc.”

Harvard University Police Department spokesperson Steven G. Catalano declined to comment on whether his department has also increased its presence due to the strike, citing the department’s policy “not to comment on staffing, equipment, operations, and security measures” in an email.

In recent years, Harvard has requested support from CPD for other high-profile events.

CPD charged the University $12,000 in security fees when controversial sociologist Charles A. Murray ’65 spoke at the Harvard Kennedy School in 2017.

Some HGSU-UAW members took issue with the high dollar amounts the University has paid CPD. In online posts, several graduate students wrote that the University is willing to pay for crowd control but not for the union’s proposed higher wages.

In a Tweet sent earlier this month, striking union member and History of Science Ph.D. student Bradley G. Bolman compared the amount Harvard is paying CPD to monitor the picket line to the amount that Harvard has proposed to put in a pool fund to help student workers pay for child care.

Since the time of Bolman’s post, Harvard has increased its proposed dollar amount for this pool fund from $275,000 to $325,000 annually.

Bolman wrote that he views Harvard’s payment to CPD as evidence that the University is financially equipped to meet the union’s demands.

“[I]t's clear that the university *could* afford to offer graduate students far more than currently proposed, yet would rather toss this away externally than improve student life,” Bolman wrote.

Josh D. Bronson — who directs training for the campus safety agency International Association of Campus Law Enforcement Administrators — said in an interview that it is standard procedure for universities to employ local law enforcement to provide security for special events on campus.

“This is not an uncommon practice for campuses to contract with local police departments to provide extra security for certain, you know, activities and that could be anything from athletic events, to graduations to, you know, other large events,” Bronson said.

Bronson, who is a former assistant director of campus safety at McDaniel College in Westminster, Md., said that costs associated with extra security tend to run high.

“Universities usually pay overtime costs because they're bringing in extra officers for the local police department,” he said. “So that could account for the high price tag.”

He added that Harvard could be paying CPD to “keep the protesters safe.”