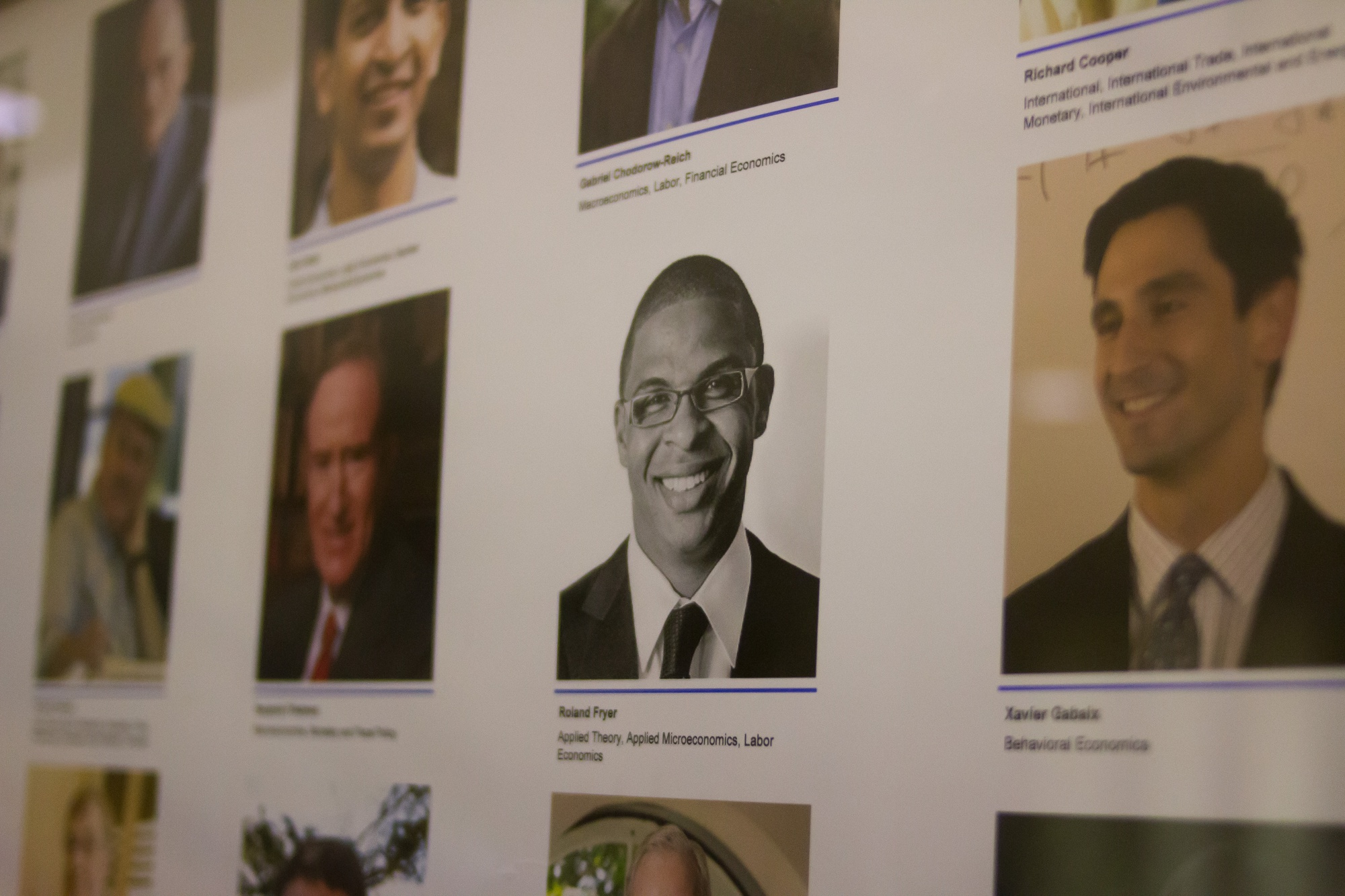 A Massachusetts Commission Against Discrimination investigation into whether Economics Professor Roland G. Fryer, Jr. sexually harassed and retaliated against a former female employee concluded in February by agreement of the parties, according to documents obtained by The Crimson.

The former employee filed a complaint with the MCAD — which enforces Massachusetts laws forbidding unlawful discrimination based on traits including gender, race, sexual orientation, and gender identity — against Fryer, Harvard, and Education Innovation Labs Chief of Staff Bradley M. Allan a year ago. She filed alleging sex discrimination, sexual harassment, and retaliation, according to the documents.

The MCAD closed its investigation after the complainant’s lawyer, Monica R. Shah, signed the withdrawal form on Feb. 4. On the form, Shah indicated that the complainant had reached a “satisfactory settlement” with Harvard, Fryer, and Allan.

Shah declined to comment for this story. George J. Leontire, Fryer’s lawyer, said the complaint was dismissed upon agreement of the parties, rather than settled.

Because the parties agreed to conclude the matter before the MCAD issued a report with findings, it is unclear whether the agency evaluated any of the conduct in the complaint. The Crimson obtained the complaint under the Massachusetts public records law. Because that law does not permit public disclosure of the accused party’s written response to the complaint, it is not known exactly what Fryer or other respondents may have said in rebuttal.

Leontire wrote in an email April 9 that Fryer denies all the allegations against him.

“He has denied them from the inception of this matter except to acknowledge he made off color jokes which he apologized for to anyone who took offense,” Leontire wrote.

Fryer wrote a letter in the New York Times in December apologizing to employees who felt “alienated, confused or offended by the environment” and denying that he sexually harassed or retaliated against employees.

The former employee’s “complaint narrative” attached to the MCAD filing alleged Fryer sexually harassed the complainant over a nearly three-year period while she worked at the EdLabs, the research group he founded. The complainant also wrote that she reported his behavior to Harvard human resources officers at least three times.

The complainant alleged Fryer spoke about sex in the office, joked about employees’ sex lives — including speculating about employees having sex with one another — and sent employees explicit text messages. She repeated her allegations in a separate Title IX complaint filed with Harvard. The Office for Dispute Resolution — which investigates formal Title IX complaints — substantiated six out of the 32 examples she provided of Fryer making sexual remarks, the Times reported in December.

The complainant also wrote in the MCAD filing that after she reported Fryer, he “made allegations of performance issues” against her and “tried to have her fired.” She repeated a similar claim in her Title IX complaint, but the Times reported that an ODR investigator could not substantiate the allegation.

The “hostile” environment at EdLabs eventually forced the complainant to leave her job, according to her account.

“The sexually hostile environment in the EdLabs office has caused [the complainant] substantial stress. It was eventually so toxic that she was compelled to go out on disability leave,” the complaint stated.

The Times reported that an ODR investigator found that Fryer’s “persistent and pervasive” conduct led to stress that later caused the complainant to take disability leave.

Finally, the complainant alleged Faculty of Arts and Sciences Director of HR Programs and Operations Katharyn Santoro — to whom the employee went with concerns about Fryer — and another Harvard HR employee failed in their obligation to prevent Fryer and Allan from retaliating against her.

The complainant was one of at least four EdLabs employees to contact HR with concerns about EdLabs staff over a ten-year period, according to her MCAD allegations and two sources with direct knowledge of the matter.

Harvard spokesperson Rachael Dane declined to comment on the complaint.

The MCAD investigation was just one of five investigations that Fryer has faced over the past year. Harvard opened three Title IX inquiries into Fryer as well as an investigation into his finances and personal spending.

The Title IX complainants alleged Fryer engaged in unwelcome sexual conduct stretching back years and that he created a hostile environment for women at EdLabs. Fryer has repeatedly denied these allegations.

ODR issued findings last fall with regard to two of the three Title IX investigations into Fryer. The financial inquiry is still ongoing, and findings have not yet been issued.

Asked about the financial investigation, Fryer told the Times that he “hired a first-rate finance team to insure both transparency and full compliance with Harvard policy.”