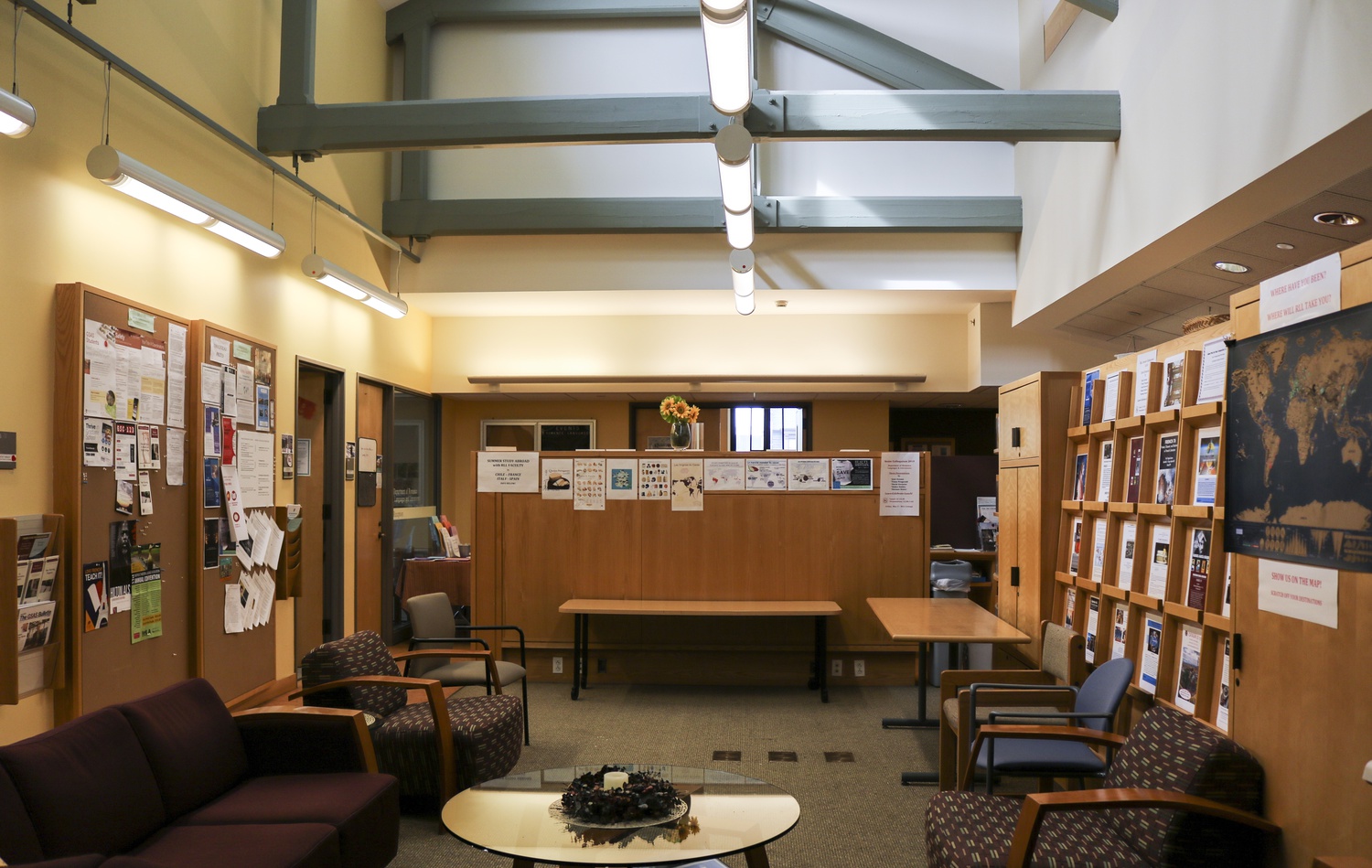 Professor Lorgia Garcia Peña works in the Romance Language and Literature Department. Peña is receiving vocal support from students as she is being put up for tenure. By Emma L. Kaneti
By Jonah S. Berger and Molly C. McCafferty, Crimson Staff Writers

More than a dozen students have launched a letter-writing campaign in support of Associate Professor of Romance Languages and Literature and History and Literature Lorgia Garcia Peña’s bid for tenure.

The students’ efforts come in the wake of the departures of three tenure-track professors who specialize in Ethnic Studies in recent months — each of which sparked outcry from students and alumni. Faculty members with knowledge of the tenure process say student activism for Garcia Peña could play a role in the ultimate tenure decision.

Adelson Aguasvivas ’21, a Dominican Student Association board member who helped organize the campaign, said he and other students decided to support Garcia Peña because of her representation and mentorship of Latinx and Afro-Latinx students on campus.

“She really took me in,” Aguasvivas said. “Not only did she do this for me, but she would do it for all of the kids that were in the Hist and Lit department and the Romance Languages department.”

“She will usually try to make a personal connection with each one of them, which I think is something that's usually rare from professors,” he added.

In November, the Harvard Graduate School of Education decided not to put Associate Professor of Education Natasha K. Warikoo up for tenure, and in February, Assistant Professor of History Genevieve A. Clutario accepted a position at Wellesley College. In response, three student and alumni groups sent letters to University President Lawrence S. Bacow and held a rally decrying the professors’ departures and calling for a formalized Ethnic Studies program.

Earlier this month, Harvard Divinity School denied tenure to Associate Professor Ahmed Ragab, prompting hundreds of students and alumni to sign letters criticizing the decision. The students pointed to Ragab’s work in Muslim studies — a field which they said is underrepresented at the University — as well as his teaching and mentorship of minority students.

DSA President Noelle V. Castro ’22 said the departure of the other scholars in part inspired the letter-writing campaign on behalf of Garcia Peña.

“I think it's very unfortunate that professors of color who are providing representation for communities of color here are being denied tenureship,” Castro said.

University spokesperson Anna G. Cowenhoven declined to comment on the students’ efforts, writing in an emailed statement that she is unable to discuss individual tenure cases. She pointed instead to the FAS Tenure-Track Handbook, which lists teaching, including advising, as a “critical factor” in the tenure decision. The handbook does not explicitly list student letters of support as a factor in a candidate’s promotion decision.

The potential impact of the students’ ongoing campaign is unclear, according to multiple faculty members who have served on tenure committees in the past. English Professor Louis Menand, a past witness on multiple ad hoc committees, wrote in an email that student input is “taken into account” but is far from the only metric that the committee weighs.

“The decision is a mix, obviously, not one thing,” he wrote.

Computer Science Professor Harry R. Lewis ’68 wrote in an email that tenure review committees attempt to incorporate undergraduate input while also preserving the importance of research and other criteria.

“There are protocols in the tenure review process for gathering information from students,” Lewis wrote. “Of course it is done in a way that does not incentivize faculty to make themselves popular at the expense of educational quality.”

Direct lobbying in support of a prospective tenured faculty member, while unusual, is not unprecedented, according to English Professor James Simpson.

Castro said the group will continue to accept letters advocating for Garcia Peña through April 30.

“I just feel inspired by the things that she does for our community and the representation that she provides, which is why I'm so motivated to support her in any way that I can,” she said.