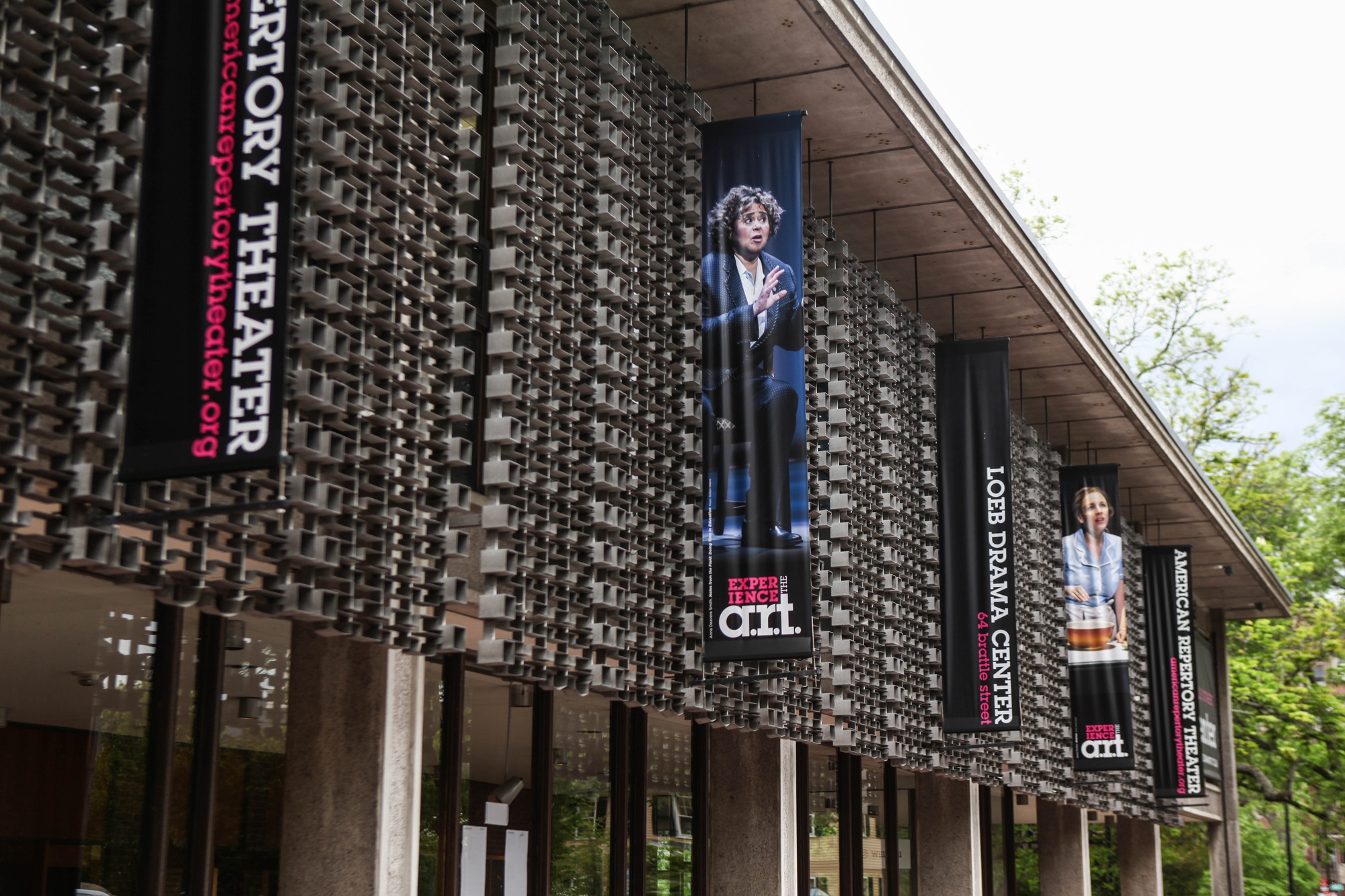 Just a few years after the A.R.T. shuttered an academic program due to its failing debt rating, contributions from wealthy donors are allowing the theater to move to a new home in Allston.
By Brie K. Buchanan and Katelyn X. Li, Crimson Staff Writers

By itself, the American Repertory Theater’s record-breaking $1.4 million fundraising achievement at its annual gala this spring would have been cause for excitement among those who produce its award-winning shows.

But this year the gala came with an additional cause for celebration — just a few weeks prior, David E. Goel ’93 and Stacey L. Goel made a $100 million donation to the theater. That gift will enable the A.R.T., which just a few years ago faced financial challenges, to construct a new home in Allston, across the river from its current space in Cambridge.

The A.R.T. is no stranger to change after nearly 40 years at Harvard. As part of its move to Allston, the theater can now reinvigorate academic programs and continue its artistic legacy at the University.

Diane Borger, the A.R.T.’s executive producer, said the recent fundraising and move to Allston present a rare blank slate for a theater to evaluate its work and ties to its neighbors.

“It's a wonderful opportunity, and it's one that one doesn’t get very often in one’s theater career — to just think about what’s the best space for theater, and how do we make theater in the 21st century, and how do we bring theater to be...a public forum for Allston?” she said.

While many of the theater’s leaders said it is too soon to know how exactly the move will transform the A.R.T., the theater’s rebirth offers a unique lens to reexamine its past and imagine its future in Allston.

‘Expanding The Boundaries of Theater’

Inspired by founding director Robert S. Brustein’s vision, the American Repertory Theater found its start in New Haven, Conn. in 1966 as the Yale Repertory Theater. Following disagreements with then-Yale University President Angelo B. Giamatti, Brustein and his company uprooted the theater and moved it to Harvard’s Loeb Drama Center in 1980, where it has operated ever since.

Under Brustein’s leadership, the A.R.T. gained a reputation for experimental performances and a commitment to challenging the limits of theater. He said he’s specifically proud of the people who have risen to fame from the A.R.T.’s performance and educational programs.

Borger said the A.R.T.’s mission of “expanding the boundaries of theater” remains central to its operations, but its artistic goals have evolved over the decades.

“Every artistic director since 1980 has chosen to interpret it, I think, in different ways,” Borger said.

Paulus — who was not available to be interviewed for this story — has led the theater to a number of Tony Awards, including for shows such as “Pippin,” “All the Way,” “Once,” and “The Gerschwin’s Porgy and Bess.”

A.R.T. Board of Trustees member Paul A. Buttenwieser ’60 said he believes Paulus has “injected a whole new excitement and worldview” into the organization. He said she pushes the A.R.T. to engage audience members in unconventional ways.

“I think the major thing is turning the audience from being a passive receiver of entertainment, to being an active participant in what's going on,” Buttenwieser said.

Borger said the A.R.T. has also worked to include voices that might not typically be found in a theater. The recent show “Endlings,” for example, follows the story of haenyoes — seawomen from the Korean island of Man-Jae.

Under Paulus, the A.R.T. has also served as a launching pad for shows that eventually moved to New York, where they became hits both on and off Broadway.

This national acclaim, however, has caused tension with Brustein’s original vision for the theater. He said the A.R.T. under his direction was a “keystone” of the nonprofit theater movement, and that he “didn’t let Broadway producers near us.” Since then, he believes the focus has shifted.

“As far as I can see from outside, the priority is to create commercial products and enrich various people involved,” Brustein said. “It’s a different place with a different purpose.” 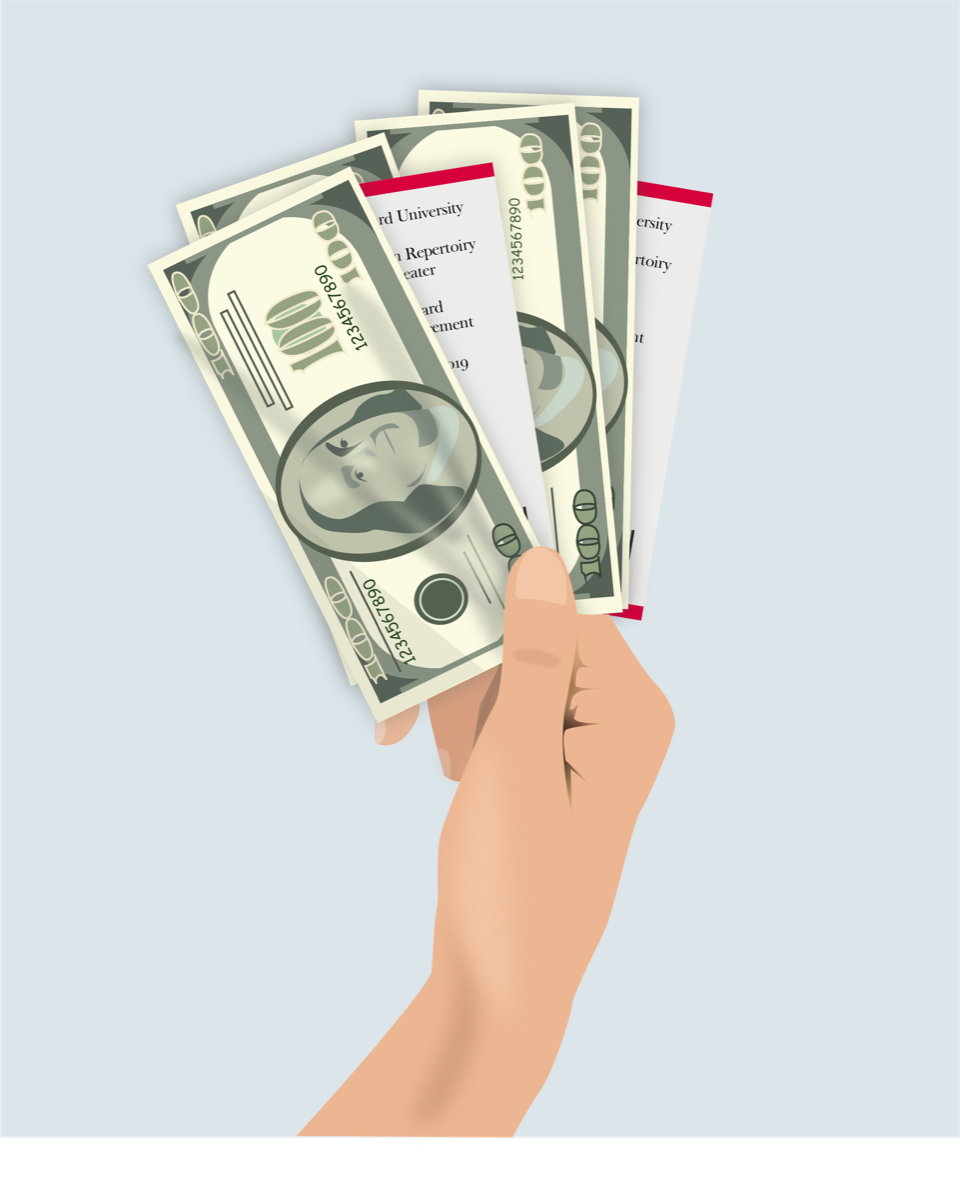 Borger wrote in an emailed statement that the theater has been “thrilled” to share its work beyond Cambridge’s city limits.

“Our hope is that our productions—especially the new work we develop and premiere—reach as wide an audience as possible, beginning with our community in Cambridge and Greater Boston,” Borger wrote. “Over the past ten years, we have also been thrilled to share our work with audiences in New York, across the country, and at theaters around the world.”

Despite clashing visions, Brustein wrote in an email that he still believes Paulus has brought a lot to the theater.

“There have been some remarkable works created by Diane Paulus,” Brustein wrote.

From its earliest days in Cambridge with the creation of the Institute for Advanced Theater Training, education has been a central part of the A.R.T.’s mission, Brustein said.

Two years ago, however, the A.R.T. froze admissions to the Institute — a professional training program for aspiring actors, directors, and dramaturgs — after the Department of Education gave it a failing debt rating. Later that year it announced it would shutter the program for three years to reevaluate its institutional strategy.

Borger said the A.R.T. is “fully committed” to re-launching the Institute in the near future.

“It’s very much tied in with the next few years of the new building,” Borger said. “There were three things that we wanted to do better, as it were, and one was have more space. And so I think that as we’re envisioning our future in Allston, that's very much part of our re-envisioning.”

But the Institute is not the A.R.T.’s only educational component — its relationship with Harvard allows staff to regularly interact with faculty and students.

Ryan S. McKittrick ’98, director of Artistic Programs and Dramaturg at the A.R.T., noted that Harvard’s faculty often help inform productions. He cited recent partnerships between the A.R.T. and the Harvard University Center for the Environment as an example.

“The Center for the Environment has been developing and commissioning work related to climate change with the A.R.T.,” McKittrick said. “One of those pieces is actually going to premiere — called ‘Ocean Filibuster’ — in our season next year.”

Center for the Environment Director Daniel P. Schrag said the center’s partnership with the A.R.T. helps humanize academic research that may otherwise be inaccessible.

“With scientists, you know, we have trouble talking about more of the emotional impact of the environment,” Shrag said. “So we really need the theater, and the arts in general.”

The A.R.T. also works closely with Harvard’s newest undergraduate concentration, Theater, Dance, and Media, which was first introduced in fall 2015.

TDM students can participate in summer and term-time internship programs, as well as workshops run by staff and visiting artists. Several TDM faculty members also work at the A.R.T.

“It's a very symbiotic relationship,” Jeffay said. “They definitely take advantage of what Harvard has to offer, and are very interested in kind of giving back to the students because they know that we’re like the next generation of people who will someday maybe be in their shoes.”

Phillip Howze, a TDM lecturer said the interaction between professional work and academia is beneficial for students and the theater.

“One of the great things about the relationship that the A.R.T. and TDM have is that one is working at a very high level in the professional field and the other is, you know, really kind of at the grassroots of student education and the performing arts,” Howze said.

‘Come Back in Three Years’

The move to Allston will be a big step for the A.R.T., but for Harvard it is simply one of several art and community-focused projects across the river. The ArtLab, a new space for interdisciplinary artistic production, is set to open in September 2019, and Harvard has long run the Ed Portal, a center for collaboration with Allston-Brighton students.

John A. Bruno, chair of the Allston-Brighton task force, said he believes the A.R.T.’s move to Allston is positive for local residents.

“I think it certainly continues to put the Allston area, you know, on the map,” Bruno said.

He noted that he plans to follow the project as it develops and hopes the building takes into account the neighborhood’s current character and needs.

“We have to just make sure that we monitor this development closely, and that it fits in with the rest of the fabric of the neighborhood,” Bruno said.

Harvard spokesperson Brigid O’Rourke wrote in an emailed statement that the University will gather input from various sources before proceeding with construction in Allston.

“Any proposed project by Harvard University will undergo a formal regulatory process, including design review and feedback from our Allston neighbors and the Harvard Allston Task Force,” O’Rourke wrote.

Jeffay said she believes the A.R.T.’s move to Allston will also expand opportunities for TDM students. She added that she hopes students can observe the building process.

“They can design it to be kind of a hybrid performance and teaching space, to kind of be a really good partner to Farkas and that will also attract people,” Jeffay said.“It would be super cool for students to get an inside look at what that process is like, because a lot of us will kind of be founding our own companies and looking for spaces and maybe creating spaces.”

For now, though, the A.R.T.’s leadership was hesitant to offer any concrete plans for the move, and said their vision for the A.R.T.’s next chapter is still under construction.

“I think we’re a little bit early on to have all the answers for you yet,” Borger said. “Come back in three years.”