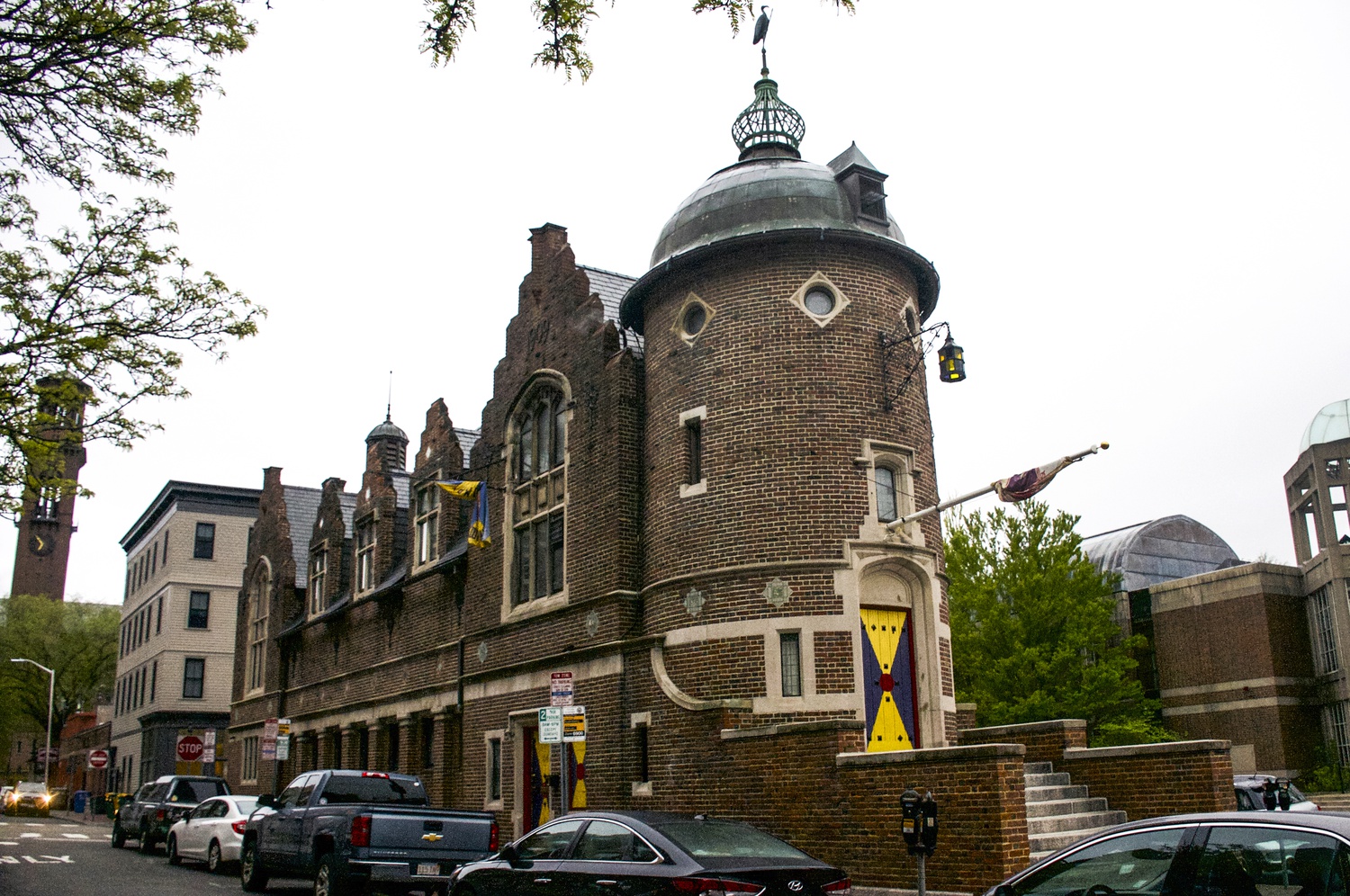 The protest follows heated criticisms levied at the Lampoon in May for its decision to publish a cut-out of Frank’s face superimposed over an image of a woman in a bikini. Shortly after the publication of the image, more than 900 people signed a petition demanding “public accountability” of the Lampoon.

Friday's protest fell on the last night of the Lampoon’s comp open houses, which gave prospective members an opportunity to learn more about the organization and its member selection process.

“We just wanted to make it aware to freshmen especially, who were thinking of comping, of the controversies surrounding the organization — specifically the controversy back in the spring with the Anne Frank publication,” said Abraham E. Rebollo ’20, a protester at the meeting.

Protestors also questioned Lampoon members regarding the organization’s response to prior allegations about broader issues with the organization’s culture. Some students have previously criticized the Lampoon for an internal culture they say is hostile and an opaque selection process for new members.

“I think we all agree that things need to change, or at least, there is a lot more understanding that needs to happen. I think the main problem is the Lampoon's lack of transparency,” said Danu A. K. Mudannayake ’20, a protester and a Crimson design editor.

Lampoon Co-President Jack G. Stovitz ’20 wrote in an emailed statement that the Lampoon is committed to “accessibility” and that the magazine has detailed efforts to improve the comp process on its website.

“Accessibility is at the core of our comp, because if you’re funny (or good at business), no matter who you are, we want you,” Stovitz wrote.

New initiatives listed on the website include mandatory Office of Sexual Assault Prevention and Response training for new members, anonymous feedback forms compers can submit, and the introduction of “digital office hours” for compers seeking feedback.

The Lampoon has also created two new positions — scribes to their Accessibility Council – to lead staff meetings in which members will share “collective responsibility” for the magazine’s comp and general operations.

At the comp meeting, Stovitz said the Lampoon should not have published the image of Anne Frank and referenced an earlier public statement the organization had released in May.

“We as individuals and we as an organization would like to apologize for our negligence in allowing this piece to be created for and printed in our latest issue. We are sorry for any harm we have caused. Furthermore, we want to both affirm and emphasize that the Lampoon condemns any and all forms of anti-Semitism,” part of the May statement reads.

Several protestors said they are unsure if the Lampoon will take action to address the concerns they raised during the meeting.

“It sounds to me like they are making an effort to look like they care about the issue. I don't know if they genuinely do,” protestor Miriam Alphonsus ’21 said.

“When they're as opaque as they are, it's difficult to assess it from the outside,” protestor Jarod R. Stone ’21 said. “I think there was a mix of people who are trying to change it from the inside. But I think there's a need for external pressure to just guide things along.”

Stone said that the protest group’s issues with the Lampoon focus on the history of the organization.

“I just think so many of the problems of perception can be resolved by a… willingness to move away from the rarefied castle,” Stone said.