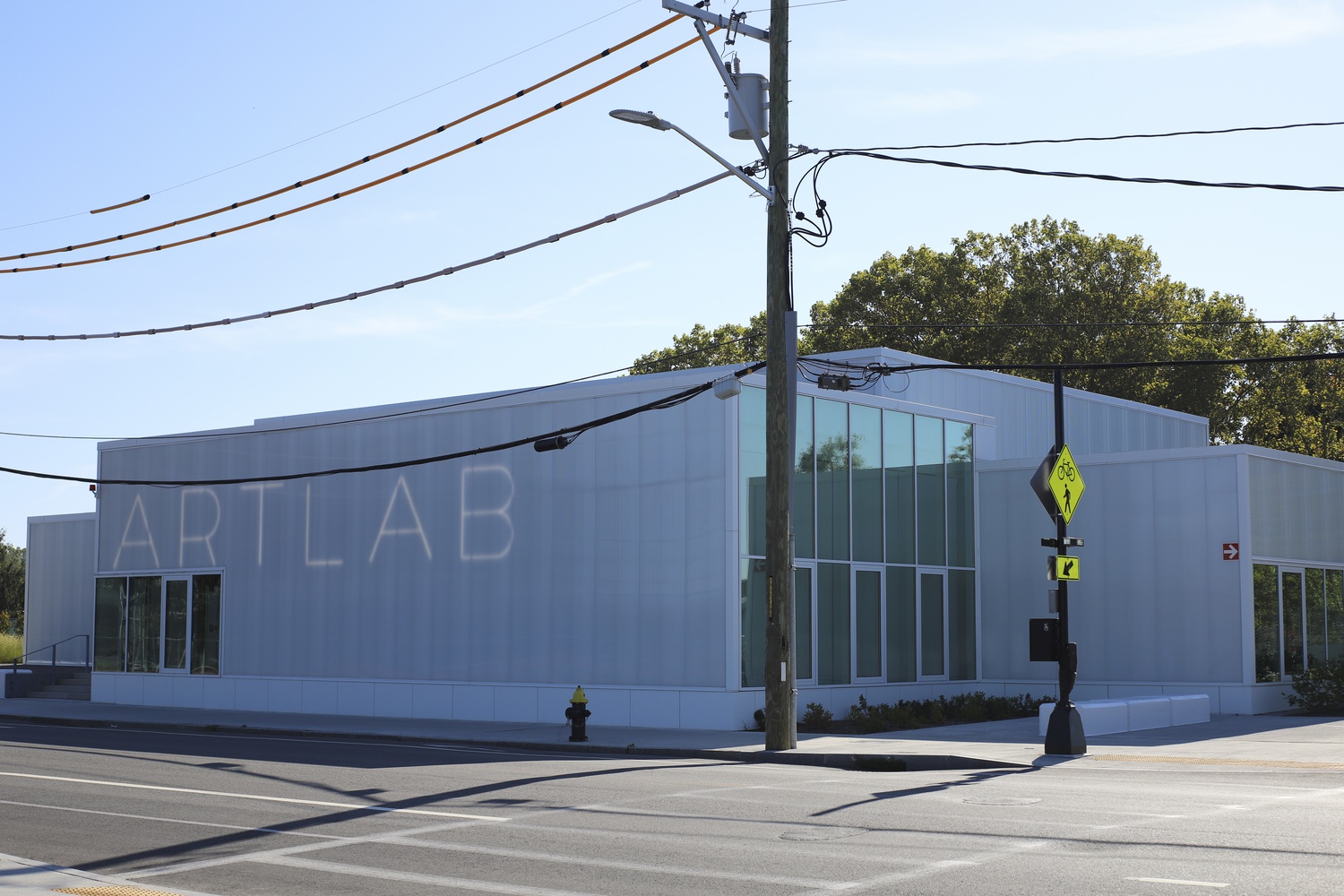 The ArtLab, which held an opening event this past Saturday, will provide a space for the arts in Boston. By Suuba M. Demby
By Brie K. Buchanan, Crimson Staff Writer

The ArtLab, a center for artistic research and development located on Harvard’s Allston campus, hosted a kickoff celebration Saturday morning to mark the official opening of the facility.

The ArtLab has been in development for over a decade and is now finally open to Harvard affiliates and the public, according to ArtLab Director Bree Edwards. The new building will feature video and recording studios, a workshop, artist studios, and a larger multipurpose room called the “Hub.”

Edwards wrote in an emailed statement that she considers Saturday’s opening events and the ArtLab Open House held Friday afternoon a success.

“During the opening celebrations this week, we enjoyed welcoming close to 500 people from the Harvard, Cambridge, and Boston art communities to the ArtLab,” Edwards wrote. “It was a festive and inspirational few days and this is only the start to beginning.”

The grand opening featured a performance by tap dance group Subject:Matter accompanied by a live jazz band, an open rehearsal by experimental performance group Partnering Lab, and art installations by Andy Graydon. Attendees also had the opportunity to have their portrait taken by Boston-based photographer OJ Slaughter.

Ilya D. Vidrin, a visiting doctoral student and teaching fellow in Theater, Dance, and Media, leads the Partnering Lab and held a live demonstration of the lab’s work during the ArtLab’s opening celebration. Vidrin said he believes spaces like the ArtLab are integral to arts research at Harvard.

“Right now we're working with wearable technology that's quantifying particular aspects of our interaction and turning it into some form of expression,” Vidrin said about his work with the Partnering Lab. “It's an installation that invites people to really focus in on the subtleties of physical interaction that we don't really get to see.”

“Being a researcher practitioner, I think we need more spaces like this. And the fact that Harvard has a space like this really means that they're thinking about inviting dialogue and inviting engagement,” Vidrin said.

Though the ArtLab is open to both Harvard affiliates and the public, ArtLab Marketing Outreach Launch Intern Cecilia Y. Zhou ’22 said she focused on advertising Saturday’s opening events to Harvard undergraduates and making them aware of the resources available for students at the ArtLab.

“I think one of the really interesting parts of the ArtLab is the fact that we have so many different resources for so many different kinds of art creation in one facility,” Zhou said. “This kind of space really encourages interdisciplinary cross media experimentation and research in arts.”

Zhou added that the ArtLab’s multipurpose equipment and faculty involvement allow for an individualized experience tailored to every student’s needs.

“The analogy is that this is less of a gym, where you can come in and use all the equipment so much as say, a personal training facility, where professors for example, AFVS [Art, Film, and Visual Studies] or TDM [Theater, Dance, and Media] faculty might have research projects or classes here for which students can sign up.”

In addition to connecting with other facilities and professionals within the arts, Active Learning Labs Manager Rachel DeLucas in the School of Engineering and Applied Sciences said she is also looking forward to “creating a mutually supportive atmosphere” between SEAS and the ArtLab.

“I'm really excited about the opportunity that we have in new Allston campus to collaborate with different parts of the institution,” DeLucas said. “Having all of those digital resources and media options to advance the kind of level at which they [the students] can communicate what they're working on is really exciting.”

Ronni Komarow, director of the gallery at the Faneuil branch of the Boston Public Library, said she hopes to see a collaboration in the future between public libraries and the ArtLab.

“One way that the art lab can contribute is by collaborating with other artists, groups that are rooted in the community,” Komarow said. “Certainly, the library branches are like the heartbeat of the community and that's a great way to start.”

Following the ArtLab’s official opening, Edwards wrote that she is looking to further advance systems within the ArtLab.

“Now that the building construction is complete, we will focus on developing the internal infrastructure for the ArtLab, including how projects and artists are identified, selected, and supported,” Edwards wrote.