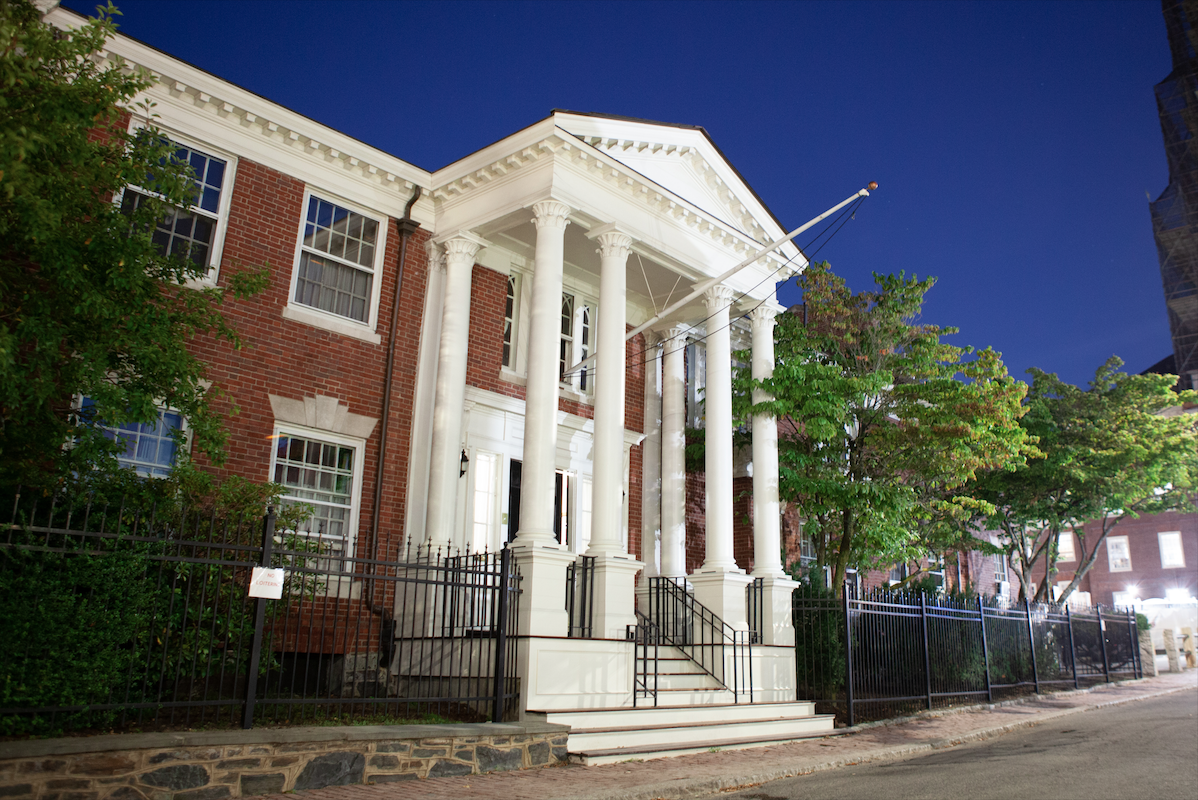 A group of sororities, fraternities, and students sued Harvard in both federal and Massachusetts state court in response to the University's social group sanctions. By Kai R. McNamee
By Sydnie M. Cobb, Crimson Staff Writer

The denial of Harvard’s motion to dismiss comes more than a year after a group of sororities, fraternities, and students sued Harvard in both federal and Massachusetts state court in response to the University’s social group sanctions.

The sanctions — enforced beginning with the class of 2021 — bar members of single-gender final clubs and Greek organizations from holding campus leadership positions, varsity team athletic captaincies, and from receiving College endorsement for prestigious fellowships like the Rhodes.

The federal complaint alleges that the social group policy violates both Title IX and the United States Constitution by promoting sex-based discrimination.

The Massachusetts complaint, brought forth by Greek organizations Alpha Phi and Iota Tau, claims that the sanctions violated both the state’s constitution and Civil Rights Act by “interfering with their freedom of association” and “discriminating against their members on the basis of sex.”

Harvard’s motion to dismiss the state lawsuit relied upon the argument that Alpha Phi and Iota Tau acted outside the confines of Massachusetts Civil Rights Act by bringing claims on behalf of their members.

The court disagreed with this argument, citing associations’ right to bring forth claims on behalf of their members under certain circumstances.

“An association has standing to bring suit against its own members when: its members would otherwise have standing to sue in their own right; the interests it seeks to protect are germane to the organization’s purpose; and neither the claim asserted nor the relief requested requires the participation of individual members in the lawsuit,” Superior Court judge Linda E. Giles’s order read.

Giles determined that Alpha Phi and Iota Tau fulfilled all three of these requirements.

Harvard also argued that the suing organizations failed to provide adequate evidence to establish a claim under the Massachusetts Civil Rights Act.

The court also rejected this point. The order determined that the plaintiff demonstrated “the exercise or enjoyment of some constitutional or statutory right; has been interfered with, or attempted to be interfered with,” a necessary condition to sue under the Massachusetts Civil Rights Act.

Emma M. Quinn-Judge, a lawyer representing the plaintiffs, said in a statement that she believes the court’s decision to deny the dismissal of the lawsuit reveals the discriminatory nature of the sanctions.

“Two courts have now concluded that Harvard’s policy may be discriminatory and unlawful,” Quinn-Judge said. “Harvard should listen to the courts and stop taking away opportunities from its students.”

“It is now long-past time for Harvard to repeal this discriminatory policy,” they wrote. “Instead of enforcing a policy that tramples students’ rights at Harvard, we hope the university will join us in productive dialogue about building a healthy and more inclusive campus culture.”

Harvard spokesperson Rachael Dane wrote in an email Thursday that the University still remains hopeful about the case despite the judge’s ruling.

“While this decision is disappointing, it says nothing about the ultimate merits of our case,” Dane wrote. “We’re confident that once the entire story is heard, the court will allow Harvard to continue fighting discrimination on our campus in all of its forms.”