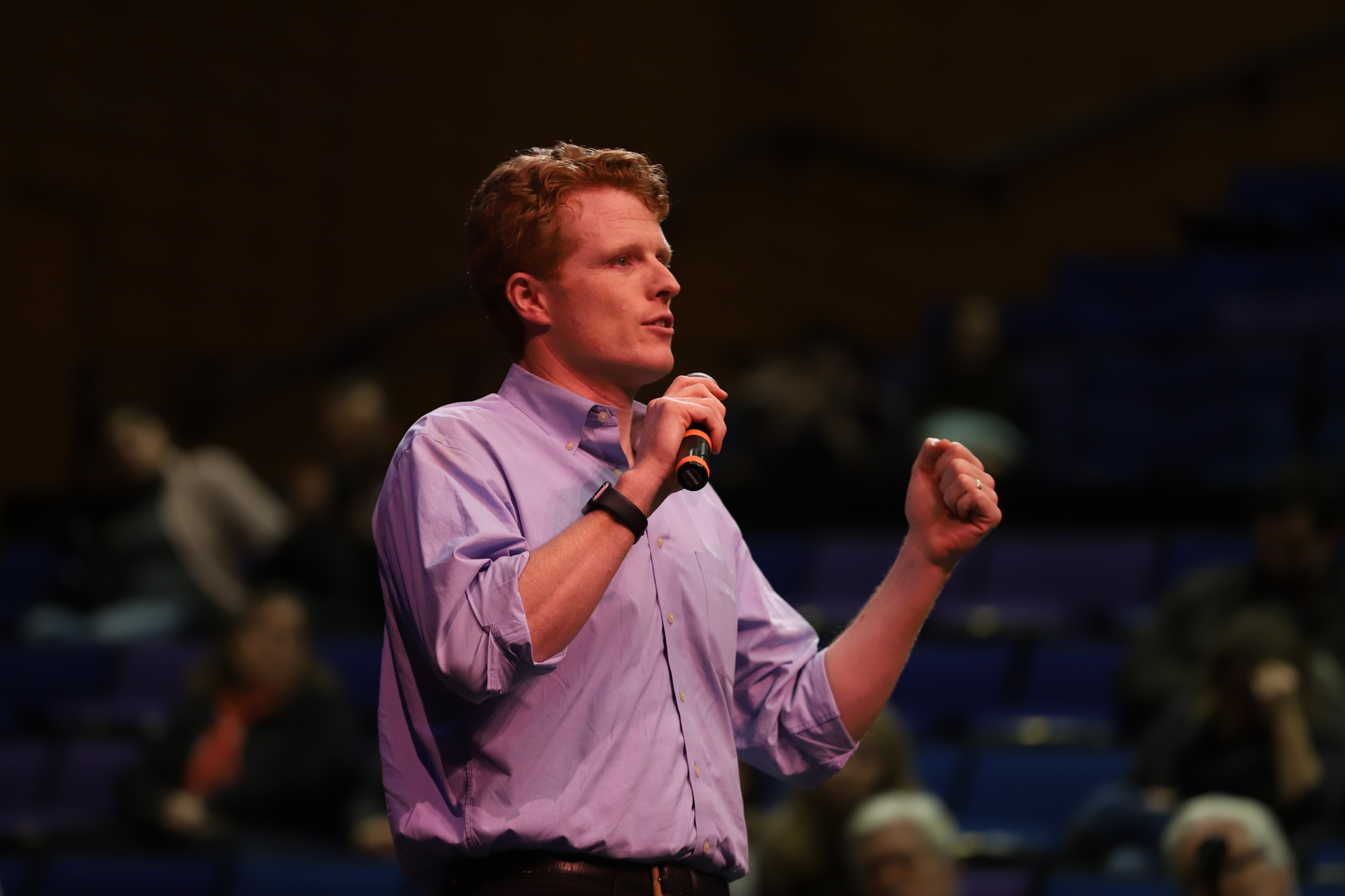 The two candidates spoke to a room of about 150 local residents at Cambridge Rindge and Latin School. Kennedy, who has served in the House of Representatives since 2012, said Massachusetts Democrats “could get more” out of their representation in the Senate.

“I believe we are at a moment of great consequence for our party, for our commonwealth, and for our nation — and that those times require a Senator who is going to be fully engaged in every aspect of this job,” Kennedy said.

Markey declined to target Kennedy directly in his remarks. Asked by an audience member what policy issue the two Democrats differ on the most, Markey punted.

When Kennedy was posed a similar question, he targeted Markey’s 2002 vote in favor of the authorization of the use of military force against Iraq.

“The consequences of an Iraq War authorization that has absolutely no sunset provision — that was being used to justify the execution of, a strike on, General [Qasem] Soleimani, an Iranian general on Iraq territory back on January 7 — that impact is still being felt today,” Kennedy said.

The U.S. launched an airstrike that killed Soleimani, a top Iranian general, on Jan. 3 in Baghdad. After the strike, House Democrats, who criticized the move, passed a resolution to restrict President Donald J. Trump’s war powers in Iran.

Markey said Sunday that he regretted voting for the 2002 Iraq War resolution. In an interview after the event, Markey pointed to his endorsements from peace groups, including Massachusetts Peace Action — a Cambridge-based non-profit advocating for peaceful foreign policy.

“They see me as the leader on peace issues — not only here, but across the country,” Markey said.

Markey, who traveled back to Massachusetts from Washington for the event, focused his remarks on his plans to pressure Senate Republicans to vote in favor of witness testimony in President Trump’s ongoing Senate impeachment trial.

“So far, there’s been [an] overwhelming avalanche of evidence which has been presented that the president did, in fact, try to extort an investigation of the Biden family out of the Ukraine President,” Markey said.

“The evidence is overwhelming,” he added. “The Republicans say it is not. And so we say to them, ‘Then give us the witnesses.’”

Former Cambridge Mayor Marc C. McGovern, a Markey supporter, attended the event and said he was not persuaded by what he heard from Kennedy.